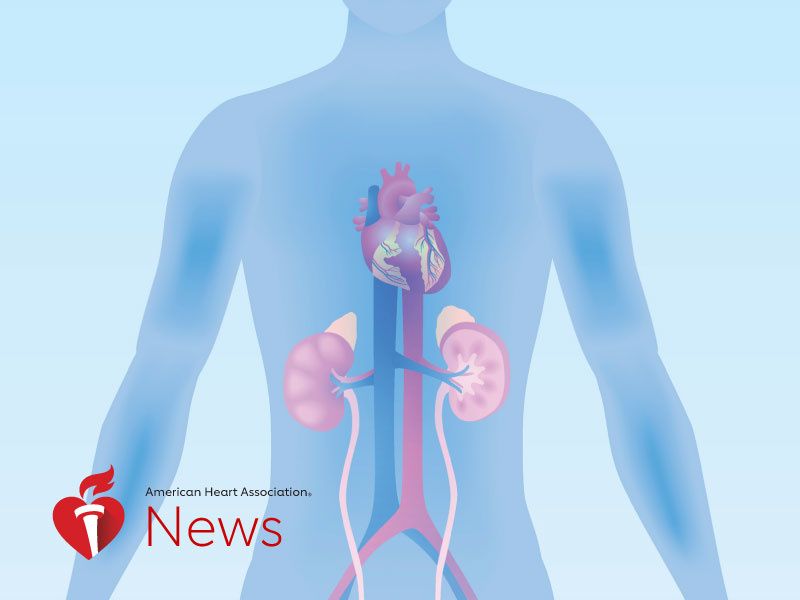 It's a triple health threat faced by tens of millions of Americans. But few think about it until they're forced to.

Even then, the interplay between diabetes, high blood pressure and kidney disease can be a challenge for people to grasp. But doctors say having an understanding is key for anybody who wants to reduce their risk or already has the conditions, or who helps a family member with them.

It's especially important for people who could benefit from new medications -- but face barriers slowing their use.

More than 34 million people, or 10.5% of the U.S. population, have diabetes, according to the Centers for Disease Control and Prevention. Most cases are Type 2, or adult-onset. When someone has diabetes, they can't make or use insulin as well as they should. That causes blood sugar to rise, which leads to various complications throughout the body.

Dr. Vivek Bhalla, an associate professor of medicine and nephrology at Stanford University School of Medicine in California, summed it up: "Diabetes can affect small blood vessels. And that can result in hypertension. And that can also result in kidney disease."

It can be a vicious cycle, said Bhalla, past chair of the American Heart Association's Council on the Kidney in Cardiovascular Disease.

Much of that cycle goes on invisibly, Bhalla said.

"Most people with Type 2 diabetes don't receive a diagnosis and don't start taking medication for about five years into their diabetes," he said. "High blood pressure is infamous as a 'silent killer.' And kidney disease has no symptoms until it is almost end-stage."

According to the CDC, an estimated 37% of U.S. adults with diagnosed diabetes also have chronic kidney disease. The National Kidney Foundation estimates up to 40% of people with Type 2 diabetes eventually will develop kidney failure.

A new generation of diabetes drugs could radically improve that.

One type, known as SGLT2 inhibitors, works by preventing blood sugar, or glucose, from being absorbed by the kidneys. Another, GLP-1 receptor agonists, mimics a hormone that helps the pancreas produce insulin. They both promote and support healthy blood glucose levels.

These drugs are "game-changing therapies," said Dr. Janani Rangaswami, who led the writing group for an AHA scientific statement on the drugs, published in September in Circulation. Not only do the medicines dramatically cut deaths from kidney disease, studies show they can reduce rates of heart failure, stroke and death from cardiovascular causes.

"Multiple trials looking at patients with varying risk profiles have shown these benefits pretty consistently," Rangaswami said. She is associate chair of research in the department of medicine at Einstein Medical Center and associate clinical professor at the Sidney Kimmel College of Thomas Jefferson University, both in Philadelphia.

Bhalla, who also helped write the scientific statement, acknowledged the drugs come with side effects. But he shared Rangaswami's enthusiasm. "Every nephrologist will consider these medications," he said.

The drugs' effects on multiple systems in the body might be slowing their adoption, he said, because specialists might be waiting for multiple members of a patient's care team to weigh in.

Rangaswami said that highlights the need for doctors to better communicate with one another.

Jane DeMeis, who developed kidney disease and diabetes after a bad reaction to arthritis treatment, said her current group of doctors does a good job of talking. But it hasn't always been that way.

DeMeis, 66, of Fairport, New York, has had to sort out conflicts on medical advice -- what's best for someone with one condition can be problematic for someone with another. She said she had to part ways with one doctor.

"I stress that you have to be the head of your own health care committee, and you need to make sure that everybody communicates, with you as the center," said DeMeis, who volunteers with the National Kidney Foundation, as well as the American Diabetes Association and the AHA.

Bhalla suggests patients "pick one physician as their main advocate. And let the physician be the one that's doing the juggling."

He also reminded people they can head off many problems by living a healthy lifestyle.