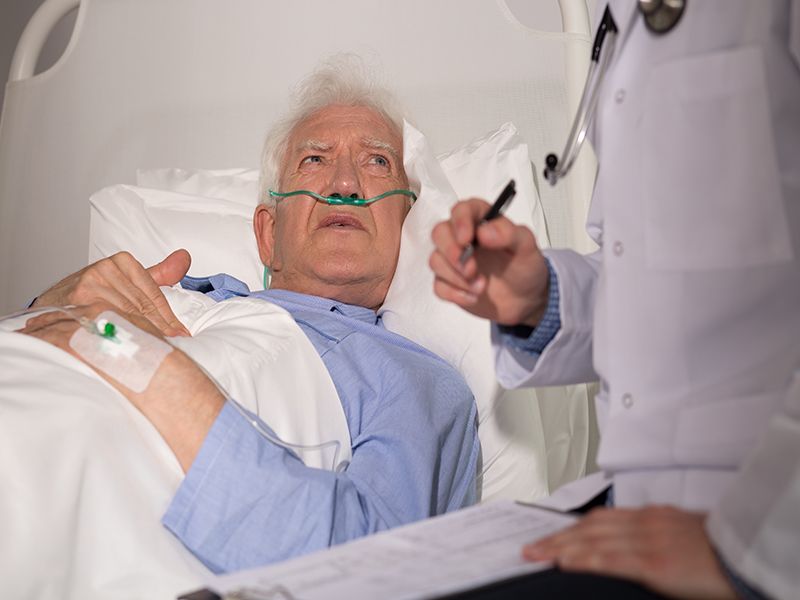 'Bleeding' stroke patients with COVID-19 are more than twice as likely to die as those without COVID-19, new research shows.

For the study, a research team from the University of Utah analyzed data from 568 hospitals in the United States. They compared a control group of more than 23,300 patients without COVID-19 who suffered a bleeding (hemorrhagic) stroke to 771 COVID-19 patients who had hemorrhagic strokes.

"This is one of the first studies to document that, in patients with hemorrhagic stroke who have comorbid [occuring at the same time] COVID-19, there is a significantly elevated risk of in-hospital death," said senior study author Dr. Adam de Havenon, assistant professor of neurology.

"This finding warrants additional study and potentially more aggressive treatment of either condition," he said in a university news release.

Compared to ICH patients in the control group, the 559 patients with both COVID-19 and ICH had a higher in-hospital death rate (46% versus 18%); longer hospital stays (21 days versus 10); and longer intensive care unit (ICU) stays (16 days versus six).

About half of the ICH patients in the control group had favorable outcomes, compared with about one-quarter of ICH patients with COVID-19, according to the report.

Compared to SAH patients in the control group, the 212 patients with COVID-19 and SAH had a higher percentage of in-hospital death (43% versus 15%); longer hospital stays (27 days versus 13), and more time in the ICU (22 days versus nine).

Thirty-one percent of SAH/COVID-19 patients had a favorable outcome, compared to 65% of the control group.

COVID-19 patients with both kinds of stroke were more likely to be intubated and have acute coronary syndrome, acute kidney failure, or pulmonary embolisms (blood clots in the arteries of the lungs) than those in the control group, the study found.

The report was published April 14 in the journal PLOS ONE.

The investigators also found that nearly half of bleeding stroke patients with COVID-19 did not have their strokes until after they were admitted to the hospital.

The reason is unclear, but the researchers said patients admitted with COVID-19 were more likely to receive anticoagulation drugs, which could increase the risk of hemorrhagic stroke. They plan to investigate this in future studies.

The study authors also found that while white people accounted for more than half of the hemorrhagic strokes in the control group, patients from other racial and ethnic backgrounds had the majority of strokes among those who also had COVID-19. The researchers plan more investigation of that finding.

The American Stroke Association has more on bleeding strokes.