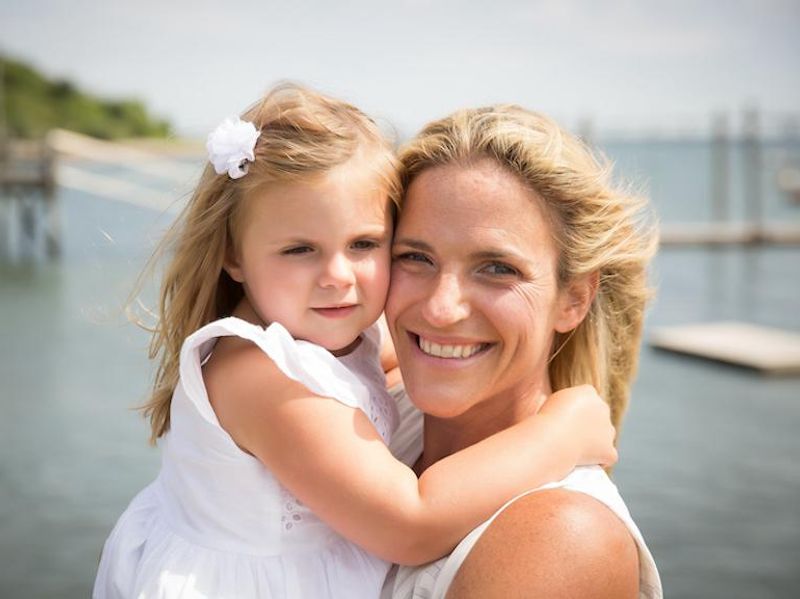 Cora Oakley is a rough-and-tumble 4-year-old who loves gymnastics and outdoor activities, particularly if it involves bouncing on a trampoline.

It's hard to tell from looking at her that she was born without an immune system. Kids with this condition can acquire dangerous, life-threatening infections from day-to-day activities as simple as going to school or playing with friends.

"I remember asking the doctor if she was going to die, and he said to me, 'I hope not,'" remembers her mother, Chelsea Oakley, 38, of Morristown, N.J. "It was everything you didn't want to hear as a new mom."

Instead, Cora now has essentially a normal immune system, thanks to an experimental gene therapy that journeyed inside her newborn body and fixed the genetic defect that caused her immune deficiency.

The life-saving therapy utilizes a harmless, modified form of the AIDS-causing human immunodeficiency virus (HIV) to work its magic.

Cora is one of 48 out of 50 young children who were essentially cured of their severe combined immunodeficiency (SCID) using this new procedure, researchers reported May 11 in theNew England Journal of Medicine.

"None of the 50 patients had any complications from the [therapy], and 48 out of the 50 restored their immunity to quite normal levels," said lead researcher Dr. Donald Kohn, a professor of microbiology, immunology and molecular genetics at University of California, Los Angeles (UCLA). "They're no longer patients. They're off all of their antibiotics. They're living normal lives."

The children all suffered from a form of immune deficiency called ADA-SCID, in which a faulty gene causes a buildup in the bloodstream of a naturally occurring biochemical called adenosine.

"Lymphocytes are particularly sensitive to adenosine, so you basically poison off the lymphocytes, and that's what results in SCID," Kohn said. Lymphocytes are the white blood cells that power the human immune system.

This particular genetic abnormality causes 10% to 15% of all cases of SCID, Kohn said.

Kids with this form of SCID are kept alive by receiving regular injections of the enzyme they cannot make that breaks down adenosine, along with a battery of other medications that take the place of their missing immune system.

Until now, the luckiest children receive a bone marrow transplant to replace their faulty immune system, but not everyone can find a donor and they have to take drugs to block rejection of the transplant. This therapy is effective in about 70% of kids with SCID, according to the U.S. National Institutes of Health.

In this new procedure, doctors remove some of a child's bone marrow and expose it to a genetically modified form of HIV into which has been cloned a normal copy of their broken gene, Kohn said.

The child undergoes chemotherapy to kill off their faulty bone marrow, and then the genetically modified cells are put back in as a replacement.

"We collect blood-forming stem cells from the bone marrow of these patients, bring them to the laboratory, use this lentiviral vector to insert this normal gene into their stem cells, and then they're given back to the patients by intravenous infusion," Kohn said.

Cora was the very last child to be treated in the clinical trial, her mom said. She had her bone marrow extracted in 2017 when she was 3 months old, and her newly corrected stem cells were reinserted into her about a month later.

As a newborn, Cora showed no signs of immune deficiency at all, Chelsea noted.

The family got a call from her pediatrician seven days after her birth, asking her to go to a pediatric hospital because her blood work came back abnormal. Further tests confirmed that she had ADA-SCID.

Following the gene therapy, Cora and her family spent a month in the bone marrow transplant unit of Boston Children's Hospital, which was closer to her home than the UCLA center that's pioneering the treatment.

"I was seeing all these little kids who have had heavy rounds of chemo, who've had bone marrow transplants and were taking all of these anti-rejection meds. Until then, I really didn't understand how incredibly fortunate we were, and how much this changed the course of Cora's life," Chelsea said.

"She didn't have to go through all of these extra steps and have all this hardship because of this gene therapy. I remember breaking down in tears and being so thankful and so sad for all these other kids, because no child should have to go through that," Chelsea continued.

The results of this clinical trial are "exciting," said Dr. Jordan Orange, chair of pediatrics at Columbia University College of Physicians and Surgeons, in New York City.

"I think this will be a platform to see cures brought to a variety of immune deficiencies -- not all, but certainly more than this one," Orange said. "It's my hope that many immune diseases can be cured through these types of approaches."

However, the procedure didn't have a perfect track record, which shows there is room for improvement, Orange noted.

"When you look at the 50 patients in the study, two were not cured," Orange said. "That's pretty good, that 48 out of 50 were cured, but when you're the one in 25 it didn't work for, you're still looking for a solution."

For Cora, the therapy represents a miracle, her mother said.

"She's doing great. She doesn't get any extra treatments, not anything. She's not on any prophylactic drugs. She's fully vaccinated," Chelsea said. "To this day, she has no idea. She's too young yet to know what all of this meant."

This experimental gene treatment has been licensed to Orchard Therapeutics, a London-based biopharmaceutical company, Kohn said. It will need to be approved by the U.S. Food and Drug Administration.

The U.S. National Institutes of Health has more about SCID and ADA-SCID.