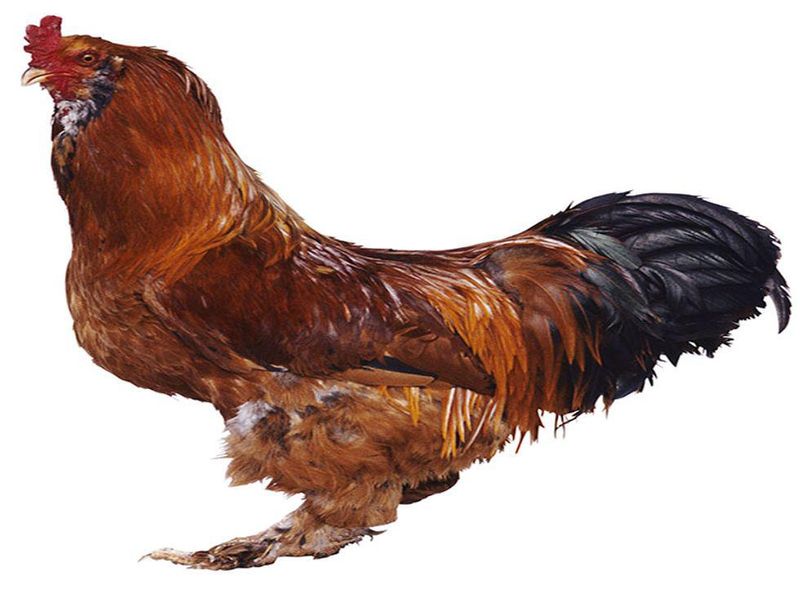 It's still not OK to kiss your chickens or your ducklings -- you could catch a salmonella infection from barnyard birds.

The U.S. Centers for Disease Control and Prevention has offered that warning before, and now an agriculture expert reminds backyard farmers that it's better to have a less hands-on approach with their feathered friends.

People should take simple sanitation precautions after visiting or cleaning their chicken coop or even simply handling the birds, eggs and meat, said Craig Coufal, an associate professor in the Texas A&M College of Agriculture and Life Sciences Department of Poultry Science.

The CDC reported an uptick in recent salmonella cases, with 198 since June 24. Over a longer period, there have been 672 cases including 157 hospitalizations and two deaths in 47 states. Roughly 25% of those cases are in children younger than 5 years.

"Some outbreaks are worse than others, but hundreds of infections happen every year," Coufal said in a university news release. "Many people, especially new producers who are unfamiliar with poultry, don't take simple steps to prevent exposure."

In 2020, the CDC reported more than 1,700 salmonella cases, including one death. There were 1,100 cases in 2019, including two deaths. More than 30% of those cases resulted in hospitalizations.

The unusually high number of salmonella infections among humans in 2020 likely correlated with the increased number of new backyard flocks established during the pandemic, Coufal said.

The true numbers are likely much higher than reported because many people recover without medical care and are not tested, according to the CDC.

Among prevention tips, toddlers should never handle poultry because of the likelihood of exposure, Coufal said. Adults and children shouldn't kiss chickens, baby chicks or ducklings.

"The number of children under age 5 being infected always jumps out at me," Coufal said. "But the data makes sense because parents think it is cute for the kids to hold or pet the birds, but then the child puts their fingers in their mouth and are potentially infected. It's playing with fire."

Preventive hygiene after handling chickens, their eggs or working in their coops should include hand-washing with the warmest water you can tolerate.

Remove clothes worn in the coop or while handling birds, especially shoes, before going into the house. Wash fresh eggs thoroughly with warm, running water. Dry them with paper or cloth towels that will not come in contact with your hands or kitchen surfaces before storing in the refrigerator. You can use sanitizing wipes instead.

Backyard farmers can also protect their flock by not sharing equipment or materials with other producers. If sharing equipment is necessary, clean it thoroughly and sanitize with a bleach-based cleaner. Change shoes and clothes after visiting a neighbor's coop.

Purchase chicks, ducklings and other fowl from reputable sources, including hatcheries or breeders certified through the National Poultry Improvement Plan (NPIP), Coufal recommended. This should ensure healthier birds, though not necessarily ones free from salmonella.

"When you buy birds at a flea market or in the want ads, you really don't know where they are coming from," he said. "There are no assurances of testing for diseases or the health status of the bird."

Most chickens, ducks and turkeys carry some form of the more than 2,000 types of salmonella, Coufal said.

Salmonella symptoms include fever, stomach cramps and diarrhea between six hours and six days after exposure. Illness typically lasts up to a week. The CDC says children younger than 5, older adults and those with compromised immune systems may be more susceptible to salmonella infections.

The U.S. Centers for Disease Control and Prevention offers more on backyard poultry.