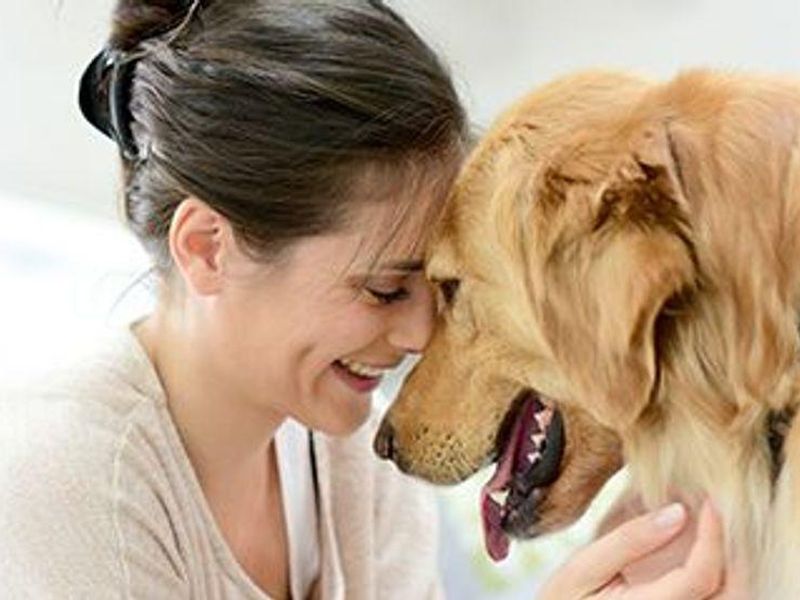 Could Antibiotic-Resistant Germs Be Passed Between You & Your Pet?

Humans and their pets tend to share a tight bond, but they may also share antibiotic-resistant bacteria, new research shows.

Even worse for humans is the fact that these bacteria may contain antibiotic-resistant genes that can make the bacteria they already have in their bodies resistant to some antibiotics, such as penicillin and cephalosporins, the researchers added.

"We found evidence of sharing of cephalosporins-resistant Escherichia coli colonizing the gastrointestinal tract of both pets and owners," said lead researcher Juliana Menezes, a PhD student in applied microbiology at the University of Lisbon in Portugal.

"These results are crucial to demonstrate the importance of pet-to-human dissemination of bacteria resistant to critically important antimicrobials for human medicine in the community setting," she said.

Still, this was an observational study and cannot prove that close contact with pets directly causes infection with antibiotic-resistant bacteria, the researchers cautioned.

Antibiotic resistance is one of the biggest threats to public health, because it can make conditions like pneumonia, sepsis, urinary tract infections and wound infections untreatable, the study authors noted.

These findings reinforce the need for people to both use good hygiene around pets and reduce the use of unnecessary antibiotics in both animals and people.

For the study, Menezes and her colleagues collected stool samples from 58 healthy people, 18 cats and 40 dogs from 41 households in Portugal, along with 56 people and 45 dogs from 42 households in the United Kingdom.

The samples were collected over four months, and genetic sequencing was used to find the types of bacteria in each sample and any drug-resistance genes.

Of these, nearly half of the cats and dogs and one-third of the people had at least one multidrug-resistant strain of bacteria.

"As the bacteria were colonizing the gastrointestinal tract, the transmission occurred via the fecal-oral route, so good hygiene practices on the part of owners would help to reduce sharing, such as washing hands after collecting their pet's waste," Menezes said. "Our results emphasize the need for continuous local surveillance programs to identify the risk to human health."

The findings are scheduled to be presented April 23 at the European Congress of Clinical Microbiology & Infectious Diseases in Lisbon, Portugal. Findings presented at medical meetings are considered preliminary until published in a peer-reviewed journal.

Infectious disease expert Dr. Marc Siegel, a professor of medicine at NYU Langone Medical Center in New York City, said, "It's not surprising to me that bacteria, and so resistance genes, can go back and forth between humans and animals, and it's a reminder for pet owners to be more careful."

You could have E. coli that doesn't have a resistance gene, but the one you get from your pet transfers it to you and then the next thing you know, you have resistant E. coli, he explained.

Siegel said that the growing problem of resistant bacteria is making the usual antibiotics less effective. And the problem is only going to get worse, he said.

"We're not pumping out new antibiotics the way we used to," Siegel said. "So, we don't have the treatments to catch up with the growing resistant bacteria."

The problem is that there's scant money to be made in developing new antibiotics, Siegel said. "You take a pill every day, the drug company makes money off it. If you take it only when you have an outbreak, they don't, it's that simple," he said.

To avoid picking up antibiotic-resistant bacteria from your pet, Siegel recommends washing your hands more often when you're around your animal.

"You think your animal licking you is a sign of love, but it may not be doing you any favors," he said.

For more on antibiotic-resistant bacteria, head to the U.S. Centers for Disease Control and Prevention.