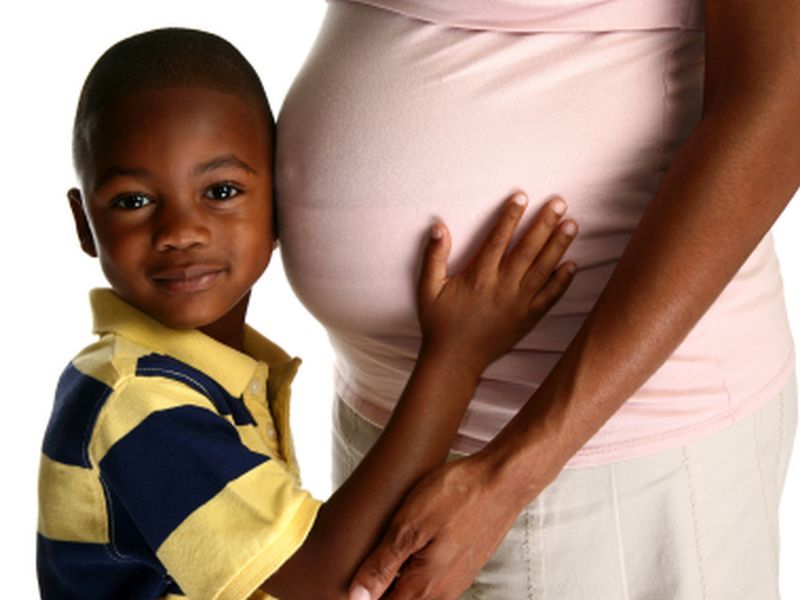 When women go into pregnancy with mild high blood pressure, treating the condition can cut the risk of health threats to themselves and their babies, a new clinical trial has shown.

Experts said the findings could change the way many women have their blood pressure managed during pregnancy.

Until now, the value of treating pregnant women for milder chronic high blood pressure had been unclear. And there have been concerns that it might reduce blood flow to the fetus, potentially impairing growth.

In the new trial's findings, published April 2 in the New England Journal of Medicine, those fears were not realized. Instead, treating women reduced the risk they would develop severe preeclampsia -- a dangerous pregnancy complication -- and helped prevent some preterm births.

Dr. Kjersti Aagaard, one of the researchers on the trial, said the results should change practice.

"This is one of those rare trials where you say, 'Yes, I'm going to do something differently tomorrow from the way I do it today,'" said Aagaard, a professor of obstetrics and gynecology at Baylor College of Medicine in Houston.

At issue are women who go into pregnancy with chronic high blood pressure, which differs from the form that arises in some women during pregnancy.

When people who aren't pregnant have high blood pressure, treatment with medication is standard. But treatment during pregnancy has been more controversial.

Experts have agreed that treatment is necessary when a pregnant woman's chronic high blood pressure is severe -- around 160/110 mm Hg or higher. But there have been no clear guidelines on how to manage milder elevations.

The result is, treatment is "all over the map," said Dr. Michael Greene, an emeritus professor of obstetrics and gynecology at Massachusetts General Hospital/Harvard Medical School.

In some cases, a woman and her doctor might decide to treat the condition. But often, treatment is withheld unless a woman's blood pressure numbers spike into the severe range. Sometimes, Greene added, a woman who was already on blood pressure medication before pregnancy will be taken off of it.

Greene, who co-wrote an editorial published with the study, noted that findings from one trial may not convince everyone.

"But as a provider, I say, yes, this should change how pregnant women are treated for chronic hypertension," he said.

The trial involved more than 2,400 pregnant women at medical centers across the United States. All had milder chronic high blood pressure. Half were randomly assigned to "tighter" management, which meant using medication to get their numbers below 140/90 mm Hg. The other half only started medication if their blood pressure rose to 160/105 mm Hg or higher.

Tighter control, the trial found, cut a woman's risk of developing severe preeclampsia, a condition marked by high blood pressure and signs of dysfunction in vital organs like the kidneys and liver. When preeclampsia is severe, doctors may have to induce labor or do a C-section to deliver the baby early.

In the trial, 23% of women on tighter blood pressure control developed preeclampsia with "severe features," versus 29% of women in the comparison group.

Similarly, the odds of needing a "medically indicated" birth before the 35th week of pregnancy were slashed -- to 12% among women on tighter blood pressure control, versus nearly 17% in the comparison group.

Those are important differences for women, babies and public health, said Dr. Emre Seli, chief science officer for the nonprofit March of Dimes.

"The United States has a high preterm birth rate, of around 10%," Seli said. "This is not a rare event."

He also noted that the trial included many women of color, who are disproportionately affected by these pregnancy complications. About 48% of the participants were Black, and 20% were Hispanic.

Seli said the findings underscore the importance of going into pregnancy in good cardiovascular health -- which ideally includes not smoking, getting regular moderate exercise, being at a healthy weight, and having healthy blood pressure.

If medication is needed, Greene noted, there are certain blood pressure drugs that are contraindicated during pregnancy, including ACE inhibitors. He said that women with high blood pressure who are planning a pregnancy should talk to their doctor to be sure they are on an appropriate blood pressure medication.

As for pregnant women wondering if their blood pressure is being optimally controlled, Aagaard said this: "Talk to your doctor. Ask them about this trial and if they've had a chance to read about it yet."

The research was funded by the U.S. National Institutes of Health.

The March of Dimes has more on managing high blood pressure during pregnancy.