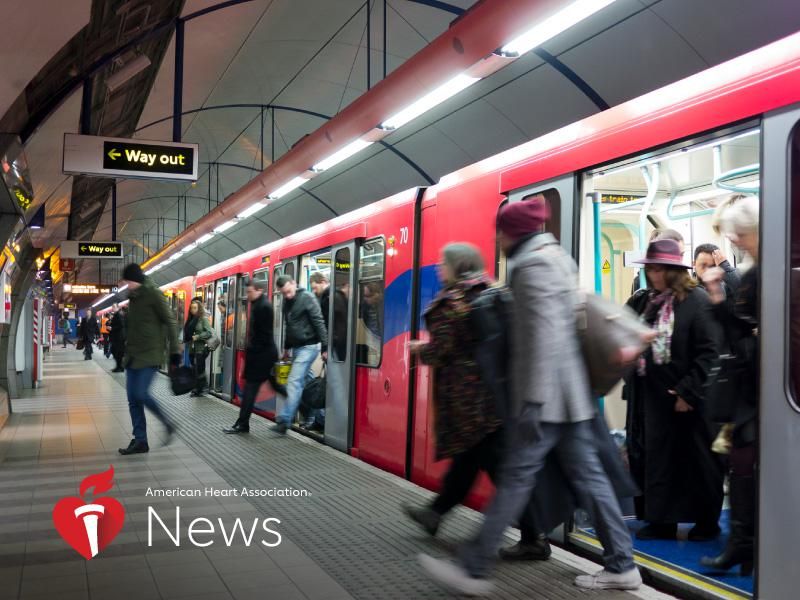 Black or Hispanic adults who experience a witnessed cardiac arrest outside the hospital are substantially less likely than their white peers to receive lifesaving care from a bystander, preliminary new research shows.

CPR was least likely for Black and Hispanic adults in a less personal setting, such as on the street or in a public transportation center, according to findings presented Friday at the American Heart Association's Quality of Care and Outcomes Research Scientific Sessions in Reston, Virginia. Results improved at home or in public settings where people might know the person, such as the workplace, though such CPR still was more likely for white people in the study.

"We hypothesized that in a public setting, the rates of bystander CPR would increase and the treatment difference seen in the home setting would be smaller because there are more people available to provide CPR," said lead researcher Dr. R. Angel Garcia, a cardiology fellow at St. Luke's Mid-America Heart Institute at the University of Missouri in Kansas City. "Unfortunately, it went the opposite way. The disparity became larger."

Cardiac arrest occurs when a person's heart abruptly stops pumping blood, which can be fatal if not immediately treated with CPR or a defibrillator to restore normal heart rhythm. About 370,000 cardiac arrests occur outside the hospital each year, most often in a person's home, according to AHA statistics. People who receive CPR from family, friends or strangers while waiting for emergency personnel to arrive are twice as likely to survive as those who don't.

Researchers presented their initial findings at the American College of Cardiology's Scientific Sessions in April. They analyzed 110,054 records of bystander-witnessed, out-of-hospital cardiac arrests from 2013 to 2019.

The initial findings showed that if their hearts stopped at home, Black and Hispanic adults were 26% less likely to receive bystander CPR than white people. If the cardiac arrest occurred in public, they were 41% less likely.

In the most recent analysis presented Friday, bystander CPR response rates were compared in different public settings -- the workplace, recreational facilities, on the street or highway, in transportation centers, or other public areas.

According to the new data, when Black and Hispanic people had a cardiac arrest in the workplace, they were 27% less likely to receive CPR from a bystander than their white co-workers. If they experienced a cardiac arrest at a public transportation center, they were 57% less likely. The results are considered preliminary until the full findings are published in a peer-reviewed journal.

Along with other factors, Garcia said the authors controlled for the age and sex of the people needing aid because some people may be unnecessarily reluctant to administer CPR to older people out of concern for injuring them, or to women out of concern for inappropriately touching them.

"The only thing left to describe why a person would not respond in the public setting is the race of the person," he said. "Maybe there is implicit bias. Or maybe they have a conscious bias against the person's race. The reality is, we can't account for which of those reasons would be truly present."

Racism "is definitely one of the factors" preventing people from responding to Black and Hispanic adults in need of help, said Katie Dainty, research chair at North York General Hospital and an associate professor in the Institute of Health Policy, Management and Evaluation at the University of Toronto in Canada.

"But that's a very hard thing to measure," she said. "What we need to do is hit these concepts straight on -- talk about them so we can address them in a proactive way. And that is not easy. Bringing it to light as we are doing with this research is a step in the right direction."

Dainty was not involved in the new research but chaired the writing committee for a recent AHA scientific statement about people who are not in the medical field responding with CPR.

"I wasn't surprised by these findings," said Dainty, who also noted they have always struggled with accessing populations that are lower income or racially diverse. "We really haven't figured out how to unpack issues that are unique to them."

The findings suggest it's not just CPR skills that need to be taught, she said.

"It's about preparing people psychologically -- including overcoming issues like racism -- to respond to a human being in distress," she said. "For a very long time, the message has been that we just need to train more people. And that's great, but what we really need to look at it is why even trained individuals aren't responding."

People don't need training to respond, experts say. All they need to do is press hard and fast in the center of the chest for 120 compressions per minute, at least 2 inches deep, according to AHA guidelines. 911 operators also can guide rescuers through CPR.

The AHA's vice president of emergency cardiovascular care science and innovation, Dr. Comilla Sasson, was part of the team conducting the new research.