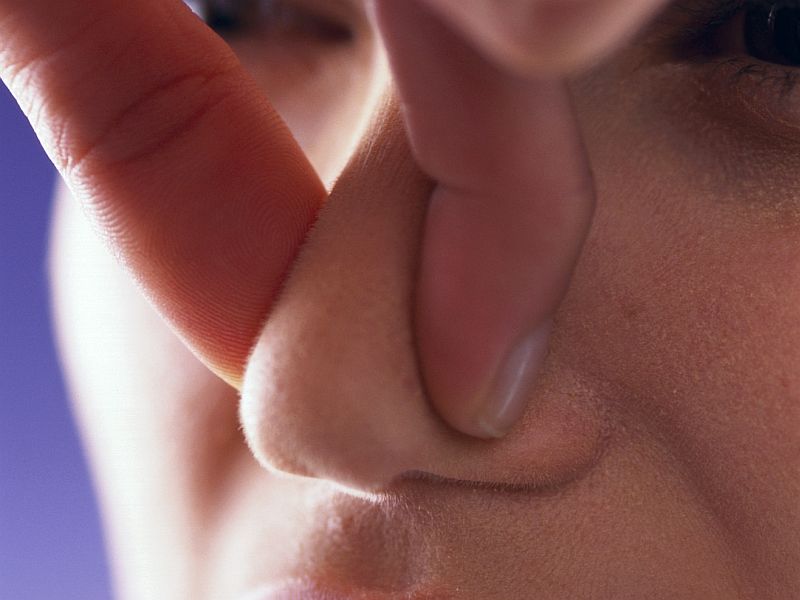 Can't Taste Anything? You Might Want to Check Your Nose

Don't blame a loss of taste on your mouth, new research suggests.

Instead, most people can thank their nose for the problem, the study authors said.

The research team at the Virginia Commonwealth University's Smell and Taste Disorders Center examined the records of 358 patients who were evaluated for a taste disorder or combined taste/smell disorder between 1980 and 2017.

The findings support the theory that patients who report taste loss are more likely to have an underlying problem with smell rather than an actual taste problem, said lead researcher Dr. Evan Reiter. He is a professor in the department of otolaryngology at Virginia Commonwealth.

"Many people are not aware of how these two distinct sensory systems function together to create taste perceptions of the foods we eat," Reiter said in a university news release.

"As such, our findings indicate that most patients presenting with a complaint of alteration of the sense of taste are not aware that this is usually due to a loss or change in sense of smell," he added.

Reiter explained that smell is the "main contributor of how we perceive complex flavors of foods," while taste is responsive primarily to salty, sweet, bitter and sour sensations. Receptors in the nose assist in taste by responding to the distinct odors of foods in the mouth.

The study was published recently in the International Forum of Allergy and Rhinology.

More than 10 percent of U.S. adults reported loss of smell within the past year and 23 percent experience smell loss at some point in their lives, according to the U.S. National Health and Nutrition Examination Survey.

The American Rhinologic Society has more on smell and taste disorders.