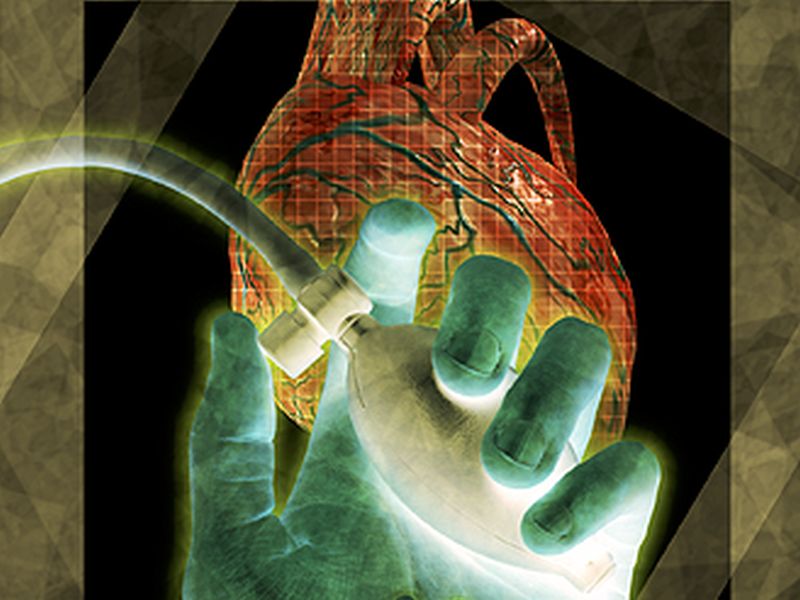 Bulges (aneurysms) in the abdominal aorta can pose real danger, but research suggests a less invasive method may be as good a fix for the problem as traditional surgery.

The less invasive procedure is called endovascular repair. There are a number of short-term benefits to this less invasive fix, such as shorter hospital stays and faster recovery. But until now, it wasn't clear if long-term survival was as good.

Dr. John Osborne, an American Heart Association spokesperson and director of cardiology at State of the Heart Cardiology in Dallas, Texas said this is a very important study and the long-term data "clearly swings the balance in favor of endovascular repair."

Traditionally, repair of a bulge -- or aneurysm -- in the abdominal aorta required a large incision from the chest to the belly button, according to the U.S. National Institutes of Health. Left untreated, such an aneurysm can burst, creating a life-threatening emergency.

Endovascular repair is done by threading a catheter from the groin to the aneurysm. Then, a stent graft (a flexible tube with metal support) is place in the weakened area of the aorta to strengthen it and lessen pressure on the aorta walls.

Freischlag said there are a number of benefits to the endovascular repair, such as fewer deaths during the procedure than in open surgery, shorter hospital stays and less pain. People also recover faster after endovascular repair.

"Patients who have endovascular graft repair go back to work quicker, usually within a month. With open, it can be three to six months," Freischlag said.

Slightly more than half (444 patients) were randomly selected to undergo endovascular repair. The other half had open surgery (437 patients). The researchers tracked patients' health for up to 14 years.

During that time, 68% of those in the endovascular group died, compared to 70% of the open surgery group.

More patients in the endovascular group had to undergo second procedures, the study found. Freischlag said this is a known concern with endovascular repair. In fact, people who've had endovascular repair have to go back at least yearly to have the repaired area checked (via imaging, such as ultrasound, CT or MRI).

Not everyone who has an abdominal aneurysm is a candidate for endovascular repair. Freischlag said a patient has to have "good anatomy," which essentially means that surgeons need a good area to place a stent.

Both Freischlag and Osborne said that endovascular repairs for abdominal aneurysms have been done for about 20 years now, so most vascular surgeons should be experienced in doing the procedure.

Both also said that the long-term survival rates might be even better if the study were started today because the grafts have improved and surgeons are now more experienced.

Risk factors for abdominal aortic aneurysms include older age, being male, having high blood pressure or ever smoking more than 100 cigarettes. "That's how much smoking increases the risk. That's just five packs of cigarettes," said Osborne, who wasn't involved with the study.

People who have an increased risk need to be screened with abdominal ultrasound, Osborne said.

"It's important to find these aneurysms before they rupture," he noted.

The findings were published May 29 in the New England Journal of Medicine.

The Society for Vascular Surgery offers more about endovascular repair.