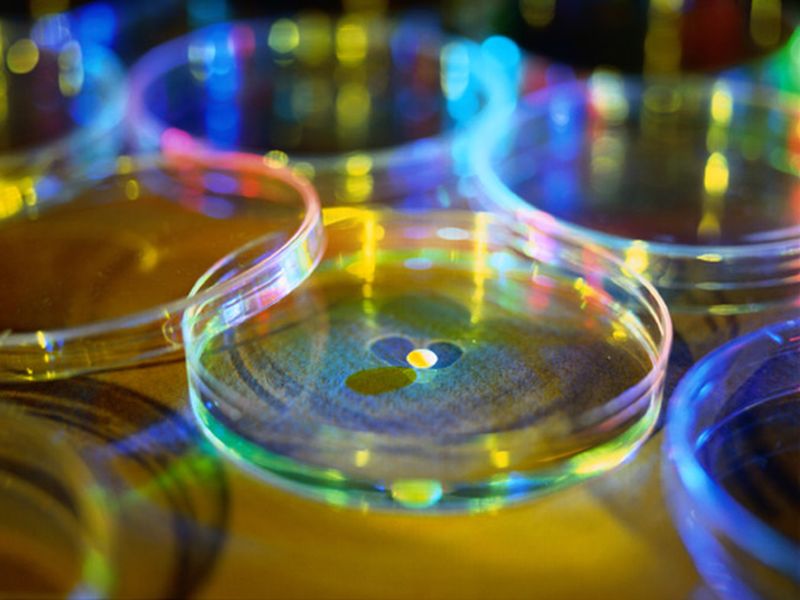 How Chinese Gene-Editing Could Backfire: Babies Might Have Shorter Lives

Last year, a scientist from China created a storm of controversy when he claimed he'd used gene-editing technology to create "designer" twin babies. Now, a new study is highlighting one of the dangers of that endeavor.

Researchers have found that the gene mutation the scientist used -- affecting a gene called CCR5 -- is associated with a shorter life span: People who carry two copies of the mutation are about 20% more likely to die by age 75.

The higher death rate becomes most apparent when people are in their 70s, the researchers found. But the survival disadvantage is present even in middle age.

Experts said the findings offer one example of the dangers of editing the DNA in eggs, sperm or embryos: No one knows what the long-term repercussions could be.

"The technology, and our current knowledge, are not in a state where this can be done," said Rasmus Nielsen, one of the researchers on the study. "It's too risky."

And besides the technology issues, there are important ethical questions, said Nielsen, a professor at the University of California, Berkeley.

"Is this something that you really even want to do in the first place?" he said.

The issue is grounded in a technology called CRISPR, which allows researchers to efficiently "snip" bits of DNA within a cell and make repairs in a flawed gene or perform other alterations. Right now, scientists are using CRISPR in the lab, in part to better understand the genetics underlying various diseases.

One hope is to eventually use the technology to cure diseases caused by specific genetic mutations.

In the case of the Chinese scientist, He Jiankui, the goal was not to cure any disease. Instead, he performed what scientists call "germline" editing -- genetically altering an egg, sperm or embryo to confer a particular trait on a child. Specifically, he introduced a CCR5 mutation that helps protect against HIV.

Last November, He announced the birth of twin girls he claimed to have created using the technology -- drawing condemnation from scientists around the globe.

"It was shocking that he even tried it," said Erik Parens, a senior scholar at the Hastings Center, a Garrison, N.Y. research institute that focuses on bioethics.

With germline editing, Parens explained, the concern extends beyond unanticipated risks to the individuals: Any gene alterations they are given will also be passed on to their children and future generations.

"At this point, our ignorance is vast," Parens said. "Proceeding with this would be insane."

The CCR5 mutation that protects against HIV is rare in Asia, but about 11% of northern Europeans carry it, according to Nielsen's team. The problem is, the CCR5 gene has many functions in the body, and disrupting it could have unknown consequences.

The worry is not just theoretical. Scientists have known that the HIV-fighting mutation has downsides: It makes people more vulnerable to some other infections, including West Nile virus and influenza. That might partly explain the higher death rate seen in this study, Nielsen said.

But there are likely other reasons, he added.

The findings, published June 3 in the journal Nature Medicine, are based on genetic information from more than 400,000 British adults. Overall, people with two copies of the CCR5 mutation had a higher death rate between the ages of 41 and 78, versus those with no copies.

The difference peaked at age 74, when people with two copies showed a 26% higher death rate. In addition, the study found, there were fewer than expected two-copy carriers in the database -- another sign their death rate may be higher than normal.

"You are, on average, worse off having this mutation," Nielsen said.

And because genes don't act in a vacuum, he noted, the effects of gene edits will likely vary from one person to another.

"It will be very hard to predict what all of the consequences could be," Nielsen said.

Parens agreed. "The interesting thing is, as this technology grows and the cost is plummeting, we're becoming more and more aware of just how little we know."

The U.S. National Library of Medicine has more on gene editing.