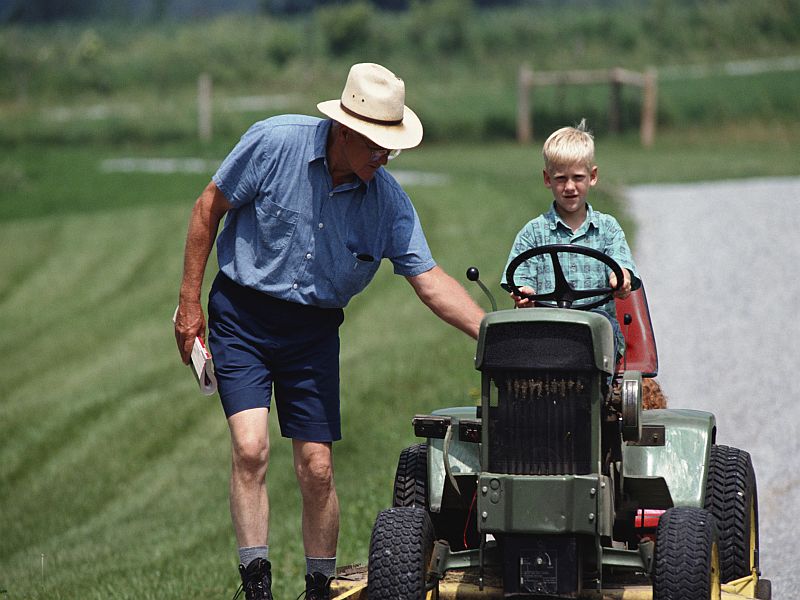 Ageism Disappears When Young and Old Spend Time Together

Ageism is pervasive throughout society, and harmful to young and old alike. But a new study finds some simple steps can help erase it.

Mixing younger and older people in various settings, combined with educating younger people about the aging process and its misconceptions, works quickly to reduce ageism, the new research indicates.

"The findings really suggest that these interventions had a very strong effect on outcomes, attitudes and knowledge" about aging, said study author David Burnes. He's an assistant professor of social work at University of Toronto in Canada.

"It's an amazing feeling to think the topic of ageism is beginning to gain momentum," Burnes added, "not only on local levels, but at a global level."

Widely considered the most socially acceptable prejudice still in existence, ageism is discrimination based on a person's age. Prior research had shown that ageism poses serious negative effects on older people's mental and physical health, according to study documents.

Those who adopt negative attitudes about aging even die about seven years sooner, on average, than people who feel more positive about aging, the study authors said.

"There's a difference in the way that older adults are treated, including the assumption that they're less competent, with their views or opinions taken less seriously," Burnes explained. "There's also a tendency to put older adults in a box in terms of the way they ought to behave or act. They may also have problems gaining employment or experiencing pressure to retire before they may want to."

The WHO reached out to study author Karl Pillemer, a professor of human development at Cornell University and gerontology in medicine at Weill Cornell Medicine in New York, to collect the data, which the WHO will use as part of an anti-ageism campaign.

Burnes and his colleagues analyzed 63 studies on more than 6,100 participants that were conducted between 1976 and 2018. The studies assessed three types of interventions intended to tackle ageism, including contact between generations, education, and a combination of both.

Combining these tactics proved significantly more effective than either of them alone to improve attitudes of younger people about aging. Stronger effects were found for females, as well as for adolescent and young adult groups.

According to Tracey Gendron, chair and associate chair of gerontology at Virginia Commonwealth University in Richmond, "It's about getting people in the same room and organically letting them learn about each other and creating relationships." Gendron wasn't involved in the new research.

"One of the best things to combat aging is to have people spend time with older people and understand what it's really like to get older, as opposed to the messages we get from the media," added Gendron, whose career has focused on the language, expression and perpetuation of ageism. "We tend to think getting older is all about loss … but you see it's quite a rich story."

Burnes and Gendron agreed that real-world ways to mix the generations shouldn't cost much money and are easy to implement. These include creating after-school programs that bring in older adults to help or mentor children; educating university students about topics surrounding aging; and community programs that engage older and younger people around a shared activity, such as gardening or crafts.

Burnes pointed out that "these aren't cost-intensive interventions, and yet, they seem to have an effect on ageist attitudes. That's another promising aspect of our findings."

Gendron said ageism has continued to be "deeply embedded and unconscious" in society. "So we need specific interventions and reasons to get people thinking about it," she said.

The study was published online June 20 in the American Journal of Public Health.

Visit the World Health Organization for more on ageism.