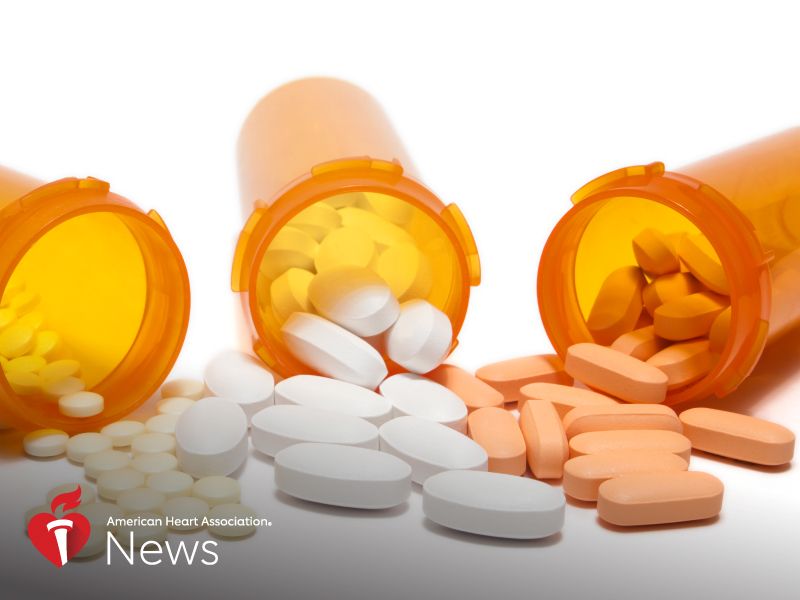 AHA News: Why Do Women Get Statins Less Frequently Than Men?

Women are less likely than men to be treated with cholesterol-lowering statins - or get them prescribed at guideline-recommended intensity levels when they do, according to a new study that also looked at reasons behind the discrepancies.

Statins help reduce the risk of heart attacks, stroke and other cardiovascular events by lowering high cholesterol levels. But women historically have received less aggressive treatment than men when it comes to cholesterol management.

Researchers explored potential causes for the differences in a study published Friday in Circulation: Cardiovascular Quality and Outcomes. They examined national registry data on 5,693 people eligible for statin treatment based on cholesterol management guidelines from the American Heart Association and American College of Cardiology.

Researchers found women were considerably less likely than men - 67% compared to 78% - to be treated with a statin. Among the reasons cited, women were not offered the medication as often as men, were more likely to decline statin therapy when it was recommended and were more inclined to discontinue the treatment after starting it, usually citing side effects.

Women and men had different beliefs about the role of statins in relation to cardiovascular disease, the research found. Women were more likely to worry about having a heart attack or stroke - yet less likely to believe that having high cholesterol could contribute to one.

Sex differences remained even after researchers adjusted for age, race and other demographics, as well as socioeconomic factors and health history.

"Patients and providers alike must be educated on the safety and efficacy of statin therapy to optimize therapeutic efforts," researchers said in the report.

"Part of the onus falls on providers doing a better job in communicating the safety and efficacy of these therapies to their patients," said Dr. Michael Nanna, the study's lead author and a cardiology fellow at Duke University's Clinical Research Institute in North Carolina.

More research also is needed to explore why specific medical treatments are not being used and how to influence their acceptance, he said.

"We have invested significant resources into developing safe and effective therapies, but if you look at how often they are prescribed and patients who are taking them, it's a fraction," Nanna said. Future efforts should be aimed at improving the use of those therapies, he said.

The report is among a new wave of studies trying to reach beyond data sets and lab findings to uncover reasons for health care differences, said Dr. Prateeti Khazanie, an assistant professor of cardiology at the University of Colorado School of Medicine.

While previous research suggests women are less likely than men to use statins, the new study found underlying factors from both patient and provider that contributed to the problem.

Khazanie was not involved in the study but co-authored an accompanying perspective piece that discussed ways a value-based health care system - one in which hospitals and physicians are given incentives based on patient results could be used to address sex differences in care.

Treatment discrepancies between men and women in a range of cardiovascular care has been getting more attention, she said. But the reasons remain poorly understood.

"Some theorize that women present with symptoms that are different from men, and maybe they're not being recognized early enough," said Khazanie.

"Many women tend to discount their own symptoms and also have a harder time trusting medical therapies. And unfortunately, that could be a big piece of it," she said. "This is a really complex and multifactorial topic and future interventions to reduce sex differences in care will require a multipronged approach addressing issues with both clinicians and patients."