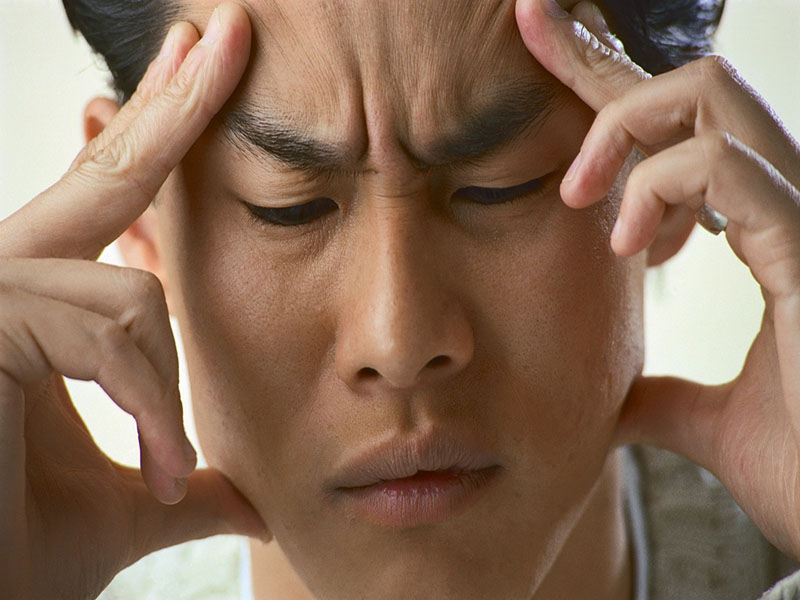 Facing Up to a Lesser Known Form of Migraine Pain

It's bad enough to have an aching head, but about one in 10 people who suffer from headaches also experience facial pain, researchers have found.

The study included more than 2,900 people with primary headaches. These are ones not caused by another condition and they include migraine and cluster headaches. Participants completed questionnaires about their headaches and any facial pain.

People with dental problems that could explain facial pain were not included in the study.

Ten percent of patients reported having facial pain. Those with paroxysmal hemicrania -- a type of headache with severe, often short attacks on one side of the head -- had the highest rate of facial pain (45%).

Facial pain also affected 21% of patients with hemicrania continua, a headache with continuous pain that varies in severity; 20% of those with short-lasting unilateral neuralgiform, a headache characterized by frequent attacks on one side of the head; 15% of those with cluster headache; and 2% of migraine sufferers, the investigators found.

Six patients in the study had constant facial pain on one side of the head only, in addition to facial pain attacks lasting 10 to 30 minutes several times a day. This type of pain syndrome has not been described before, and researchers suggested calling it "constant unilateral facial pain with added attacks," the study authors said in a news release from the American Academy of Neurology.

"Facial pain has not been well recognized as a symptom of headache, and some people end up waiting a long time for a proper diagnosis and treatment," study author Dr. Arne May said in the news release. "This study shows that facial pain is not uncommon, and for many people their pain occurs mainly in the face, not the head."

May is a professor of neurology at the University of Hamburg, in Germany.

"For a better understanding of these types of facial pain and ultimately for the development of treatments, it's crucial that we understand more about facial pain and whether it is the same disease as the headache, but showing up in a different place, or whether they are two different syndromes," he concluded.

The report was published in the Aug. 21 online issue of the journal Neurology.

The U.S. National Institute of Neurological Disorders and Stroke has more on headache.