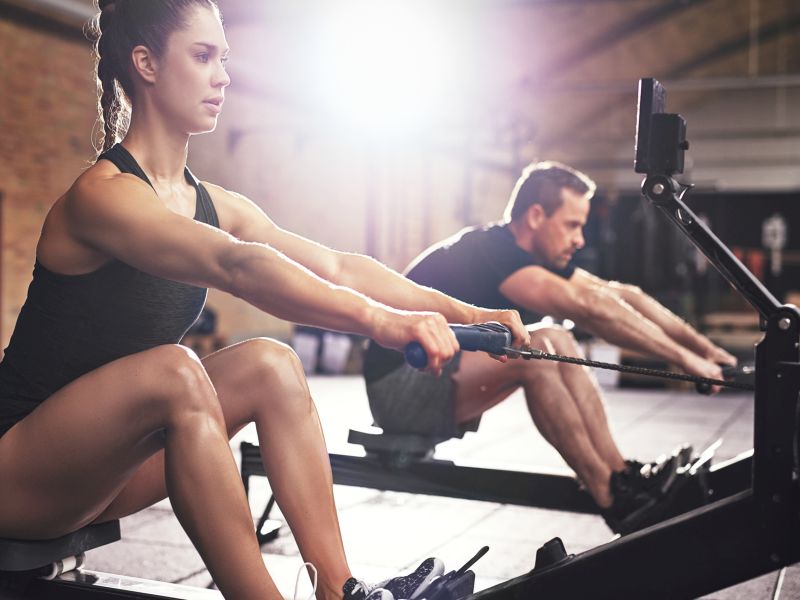 If you're looking for incentives to hit the gym, new research suggests that staying in good shape may help preserve brain structure, boost memory, and improve the ability to think clearly and quickly.

The finding follows an analysis of fitness and brain health among more than 1,200 young adults, average age 30. All underwent brain scans; tests to measure memory, sharpness, judgment and reasoning; and a speed-walking trial to assess cardiovascular fitness. (Muscle strength was not assessed.)

The investigators found that study participants who moved faster and farther over the two-minute walking test performed better on thinking tests than their less-fit peers. Fitter men and women were also found to have healthier nerve fibers across the white matter portion of the brain. White matter is critical for high-quality neural communication, the researchers noted.

For one, "exercise decreases inflammation, which then, in turn, is beneficial for brain cells," said Repple, a psychiatrist and neuroscientist with the University of Muenster, in Germany.

Being fit may also promote better nerve-fiber insulation, and greater growth across nerve cells and nerve connections, he explained.

It may also be that fitter men and women simply have a "better blood supply to the brain," Repple added.

Dr. David Knopman, a professor of neurology with the Mayo Clinic in Rochester, Minn., seconded that thought.

"It is my opinion that these results reflect a pattern of general improved vascular health in individuals who are more physically fit," said Knopman. He is a fellow with the American Academy of Neurology and was not part of the study team.

But Knopman said that it is also likely "that physical fitness is a characteristic of people who are more health conscious and practice better health behaviors." In that case, a constellation of healthy behaviors ultimately might come together to foster better brain health and structure.

For couch potatoes, could a link between body and brain health mean that getting just a bit fitter might be a win-win?

Study volunteers ranged from 20 to 59. Repple said the findings held up even after accounting for factors such as age, gender, high blood pressure, diabetes and body mass index (a standard measurement of obesity).

However, he said, because the study merely observed each individual's current status, he cannot say for sure that the newly fit will actually enjoy improved brain health ("cognition").

But Repple did note that the fitness-brain health connection seemed to be on a sliding scale, meaning that "if you get 10 'units' better on the walking test, you improve three 'units' on the cognitive tests."

Also, "a lot of other studies showed that, independent of age, it is always beneficial to start exercising," Repple said.

Knopman offered a cautious take on the study's implications: cardiovascular fitness while relatively young "probably has beneficial consequences in mid-life and later life." And that likely means that "the earlier one begins to practice good vascular health behaviors, the greater the benefits will be," he said.

"The sooner the better," Knopman added.

Repple presented the findings Monday at a meeting of the European College of Neuropsychopharmacology, in Copenhagen. The report was simultaneously published online Sept. 9 in Scientific Reports.

Harvard Medical School has more on the link between fitness and brain health.