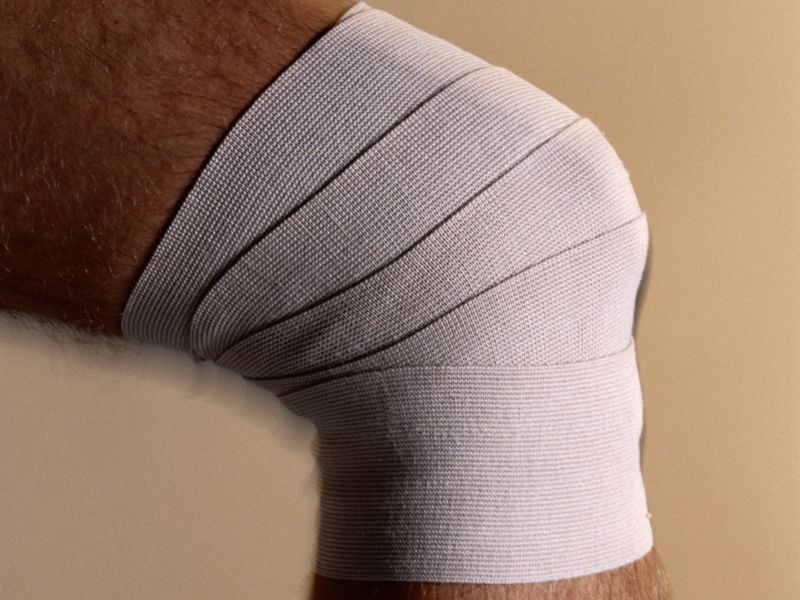 All in the Timing: Many Get Knee Replacement Too Late or Too Soon

It's a question many aging Americans face: Is it time to replace my aching knee, or should I wait?

New research suggests that for far too many patients, the procedure is done either too late or too soon.

Much of the success of knee replacement surgery for knee osteoarthritis depends on timing, but a team at Northwestern University's Feinberg School of Medicine in Chicago found that 90% of patients who could benefit from the procedure waited too long to have it, while about 25% of patients who didn't need it underwent the procedure too soon.

In most cases, "people are waiting and waiting to have the procedure and losing the most benefit," said lead investigator Hassan Ghomrawi, associate professor of surgery.

"When people wait too long, two things happen," Ghomrawi explained in a university news release. "The osteoarthritis causes deterioration of their function. Some of them wouldn't be able to straighten out their legs, affecting their walking and mobility. When you can't get exercise, you can start to develop other health problems such as cardiovascular problems. You may also become depressed. The overall impact can be huge."

Nearly 1 million knee replacements are performed in the United States each year, and a large increase in that number is expected by 2030, the study authors said.

The new findings are based on more than 8,000 U.S. patients who had or were at risk for knee osteoarthritis and were followed for up to eight years. The researchers also found that blacks are more likely than whites to delay knee replacement surgery.

Another problem with delaying knee replacement surgery is that it's less effective, the research team explained.

"You don't get as much function back when you wait too long; your mobility is still reduced versus somebody who had it in a timely fashion," Ghomrawi said.

On the other hand, having knee replacement surgery too soon means that patients have major surgery -- with the attendant risk of serious complications -- but they may get minimal benefits, Ghomrawi said. These patients may also require another knee replacement later in life, when it becomes much more challenging than the first surgery.

Measures such as pain, joint function, age and X-ray assessment are used to determine the best time to have knee replacement.

One specialist agreed that discussions about timing are crucial.

"I have a very strict criteria for patients whom I offer total knee replacement, and I completely agree that performing the operation too early is a mistake for many reasons," said Dr. Jeffrey Schildhorn, an orthopedic surgeon at Lenox Hill Hospital in New York City.

"Subjecting somebody to the possible complications of a procedure of this magnitude without adequate clinical justification is dangerous," he said.

And there's another important factor to consider, he said: expectations.

If a patient has minimal or moderate knee pain, their appreciation of how much they have gained from getting the new knee will be less than if their pain had already been at a high level.

"It's a similar concept to going away to the Caribbean after a cold winter in New York for a holiday. If it's 15 degrees, freezing and snowing in the city and three hours later you're on a tropical beach, you notice the difference dramatically," Schildhorn said. "It's emotionally pleasing. But the same trip planned in the spring, with a more narrow change in climate, will rarely yield the same level of satisfaction."

According to Schildhorn, who had no role in the new study, "patients should be encouraged to undergo their knee replacement surgeries only when certain criteria are met."

For example, X-rays should clearly show "degenerative joint disease of significance, where the cartilage is truly absent or nearly absent from at least one compartment of the knee," Schildhorn said.

If a patient still complains of a high level of pain, despite no sign of significant degenerative joint disease on X-rays, the pain might have its origin elsewhere, he said.

But if all the necessary criteria are met, "there is absolutely no reason to delay a knee replacement any longer," Schildhorn stressed. "There is no rationale in allowing further deformity, contractures of joints, and simple pain to prevent living with vitality and vigor. There is no reason to allow a person to lose hope and subject themselves to a lower level of function disabling them from the enjoyment of their work, hobbies, and family life."

"As the number of surgeries rises, we need to make sure the timing is optimal for patients to obtain the most benefit and to keep health care costs down," he said.

The study was published Jan. 13 in the Journal of Bone and Joint Surgery.

The American Academy of Orthopaedic Surgeons has more on knee replacement.