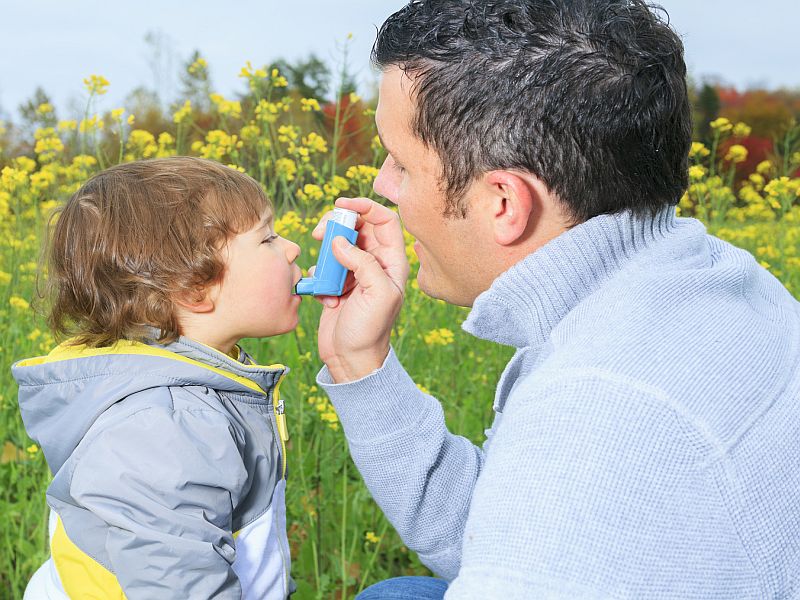 Taking higher doses of vitamin D during pregnancy doesn't appear to offer any protection against asthma in children, a new study finds.

The study, a follow-up to one done three years ago, looked at 6-year-old children whose mothers had taken extra vitamin D while they were pregnant. The hope was that taking extra vitamin D when the baby's lungs are developing during pregnancy might prevent asthma.

In the earlier study, the vitamin had shown some impact on 3-year-old children. In the current study, the impact was gone.

"Lung development begins in utero, and animal studies have shown that vitamin D is important for development," said study lead author Dr. Augusto Litonjua. He's a professor of pediatrics and medicine at the University of Rochester Medical Center in New York.

While the study showed that vitamin D did not impact asthma rates in the long run, Litonjua remained hopeful that it still helped.

"Although we failed to show that prenatal vitamin D supplementation prevented the development of asthma, I think we may have delayed the onset of asthma in these children," he said.

Asthma is a chronic airway disease. It causes the airways to become inflamed, and during an asthma attack, the muscles around the airways can tighten, making it harder to breathe. Common symptoms of asthma are wheezing, coughing, tightness in the chest and shortness of breath, according to the American Academy of Asthma, Allergy and Immunology.

Vitamin D is important for bone health. It is also involved in cell growth, immune system function and reducing inflammation in the body. Vitamin D isn't found naturally in many foods. The body can produce vitamin D after sun exposure, according to the U.S. National Institutes of Health.

A deficiency of vitamin D has been implicated in the development of asthma, according to background information in the study. Past studies have suggested that higher levels of vitamin D in women during pregnancy were tied to a lower risk of asthma problems in their children.

To see if extra vitamin D in pregnancy actually had an effect, the researchers recruited nearly 900 women from three different medical centers in Boston, St. Louis and San Diego. The women were between 10 weeks and 18 weeks pregnant.

Half of them were randomly selected to receive a vitamin D supplement containing 4,400 international units (IU) of the vitamin daily. The rest received 400 IU of vitamin D during their pregnancy.

After birth, the children were not continued on vitamin D daily as part of the study.

"The primary goal was to see if we could prevent asthma and allergies. At three years, we showed a 20% decrease in the rates of asthma in children in the treatment arm, but that finding didn't reach statistical significance. When we looked again at six years, that difference was gone," Litonjua said.

Dr. Maryann Buetti-Sgouros, chair of the department of pediatrics at Northern Westchester Hospital in Mount Kisco, N.Y., reviewed the study. She said she wasn't surprised that the study had different findings at three and six years.

She was a bit surprised, however, that the vitamin D didn't seem to have any impact on asthma development.

"I thought they might see an improvement in lung development," Buetti-Sgouros said. But she noted since people don't store vitamin D, it might have been helpful if the children had received vitamin D supplements to keep their vitamin D levels higher.

She said the study raises a lot of questions, and further research needs to be done.

The study findings were published Feb. 5 in the New England Journal of Medicine.

Learn more about preventing allergies and asthma in children from the American Academy of Allergy, Asthma and Immunology.