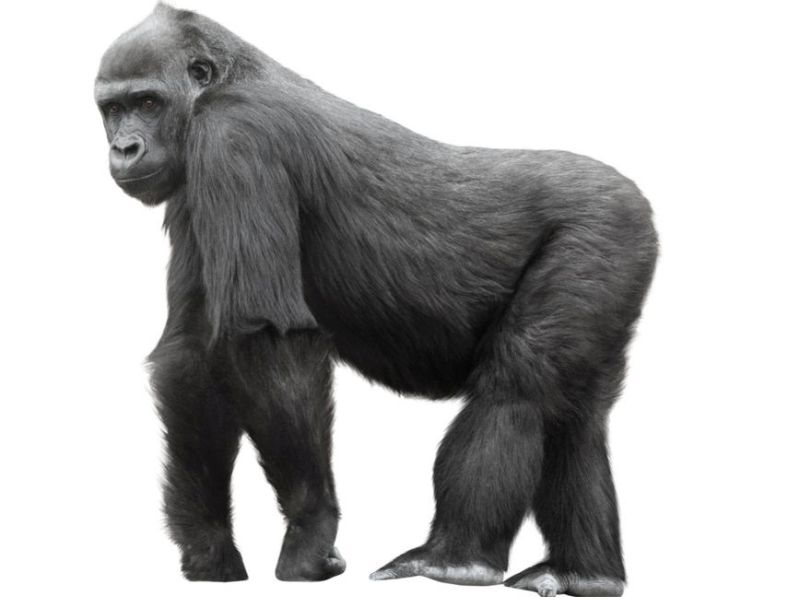 Unlike Humans, No Bone Loss for Gorillas as They Age

They are the closest relatives to humans, but gorillas have been spared one aging disease that people haven't: osteoporosis.

In a new study, researchers used a CT scanner to analyze the leg, arm and spine bones of 34 wild mountain gorillas from Rwanda -- 16 females and 17 males -- aged 11 to 43. That's the full adult age range of the species.

The bones were from skeletons of gorillas who died in the wild and are part of a collection at a research center.

Some of the signs of aging in the gorilla bones were similar to humans, including a general widening of the diameter of long bones and thinning of the bone wall.

However, the gorilla bones didn't have the accelerated bone mineral loss associated with age-related osteoporosis in people.

In humans, women tend to lose bone mineral density more than men, but there was no significant difference in bone density or overall strength between older male and female mountain gorillas. The study was published recently in the journal Philosophical Translations of the Royal Society B.

The difference between the gorillas and humans may be because gorillas have offspring throughout their lives and maintain hormone levels that prevent bone loss, the researchers suggested.

"Osteoporosis in humans is a really interesting mechanical problem," Ruff said in a Hopkins news release.

"In terms of natural selection, there is no evolutionary advantage in developing bone loss with aging to the point of a potential fracture," he said. "By looking at close relatives of humans on the evolutionary tree, we can infer more about the origins of this condition."

The findings suggest that continuing to live after childbearing years emerged in humans after an evolutionary split with African apes, and that's when some age-related diseases -- including osteoporosis -- originated, the researchers explained.

The U.S. Office on Women's Health has more on osteoporosis.