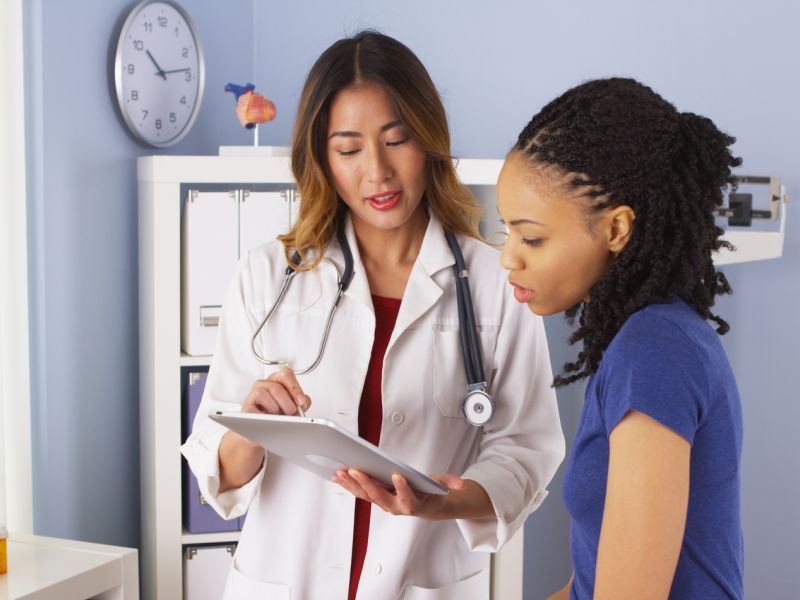 Many Americans most affected by the COVID-19 pandemic don't believe that racism is associated with poorer health, a nationwide poll shows.

The ongoing poll of more than 4,000 lower- and middle-income Americans focuses on communities of color.

"It really struck us that -- despite the virus's spread across the country to all types of communities -- there's not a consensus view on the effects of systemic racism," said lead author Katherine Grace Carman, a senior economist at RAND Corporation. RAND is conducting the poll, with support from the Robert Wood Johnson Foundation.

"Respondents see the impact of low incomes and living in a rural community on a person's health, but race isn't viewed with the same gravity," she said in a Robert Wood Johnson news release.Just over 42% of respondents say systemic racism is one of the main reasons people of color have poorer health. About one-third disagree, and about a quarter are neutral.

Black respondents are much more likely (69.4%) than white ones (33.2%) to believe that systemic racism affects the health of people of color, according to the poll.

Overall, pollsters found a slight increase in respondents' willingness to risk their own health to return to pre-pandemic "normal." But respondents who are Black or Hispanic are more likely (68.5%) to be cautious about taking health risks to move about freely than white respondents (53.4%).

More than 70% of respondents see the pandemic as a moment for positive change, such as expanding access to health care and reducing income inequality. Rates are slightly higher among respondents who are Black or Hispanic (72.5%) than among whites (69.3%).

Nearly two-thirds of respondents say the government should ensure health care as a fundamental right, but white respondents are less likely (60.4%) than all other races/ethnicities (74.1%) to support this.

More than two-thirds (68%) of Black respondents say they have lower trust in government, compared with 53.6% of Hispanics and 52.4% of whites.

The poll is following the same 4,000 people over time, and these findings were the second of four expected reports. The next one is due out in spring 2021.

Carman said political leaders need to understand that much more must be done to educate people about the root causes of inequities and then to ensure better health for all.

"We share the respondents' demand for better access to health care and also advocate for policies that can help from an economic point of view, such as safe and affordable housing, access to healthy food, and access to jobs that pay a living wage," he said in the release.

The U.S. Centers for Disease Control and Prevention has more on COVID-19.