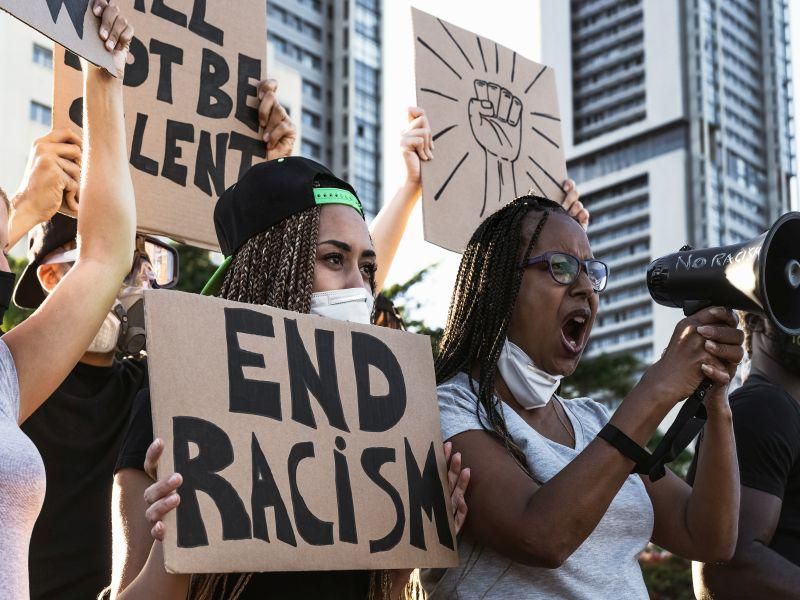 As America awaits a verdict in the Derek Chauvin trial, new research finds that such high-profile police killings of Black people may take a big mental health toll on psyches across the country.

Researchers found that, on average, Black Americans reported an increase in "poor mental health days" during weeks where more than one deadly racial incident was in the news.

Those incidents often included hate crimes, but most involved police killings of Black individuals or legal decisions to either not indict or not convict an officer involved.

In contrast, the study found no change in white Americans' mental health ratings during those weeks.

The findings may sound intuitive, said lead researcher David Stuart Curtis, an assistant professor at the University of Utah in Salt Lake City.

"On one hand, it does feel like a 'yeah, of course' finding," he said.

However, Curtis added, it's challenging to get good data on how people are faring mentally before and after events like these.

And, he pointed out, most study participants actually did not report any poor mental health days during the survey period.

"We need to be aware that these incidents may have effects that ripple across the population," Curtis said.

There are various potential reasons, according to Curtis. For some people, events in the news may be a reminder of racial traumas they or their families have experienced, he said. For others, they may spark a "communal grief and bereavement."

Particularly in cases where the legal system takes no action against officers involved, the sense of injustice may take a mental health toll, according to Curtis.

The findings -- published April 19 in the Proceedings of the National Academy of Sciences -- come as the nation awaits a verdict on Derek Chauvin, the former Minneapolis police officer on trial for murder in the death of George Floyd.

The study period covered 2012 to 2017 -- before the May 2020 killing of Floyd that spurred widespread U.S. protests. The period did include the 2014 deaths of Michael Brown and Eric Garner, who were killed by police officers in Ferguson, Mo., and New York City, respectively -- as well as the rise of the Black Lives Matter movement.

One question asked people to estimate the number of days in the past month where their mental health was "not good."

On average, the study found, Black Americans reported an extra 0.26 bad mental health days during weeks where two or more racial incidents were in the national spotlight.

People can have various responses to the "vicarious experience of racism," said Ryan DeLapp, an assistant professor of psychiatry and behavioral sciences at Albert Einstein College of Medicine in New York City.

That can range from a feeling of numbness to anxiety to anger, according to DeLapp, who was not involved in the new research.

The study did not gauge clinical mental health diagnoses. But there is growing recognition, DeLapp said, that exposure to racism can cause symptoms similar to post-traumatic stress disorder (PTSD) in some people.

Conversations about racism and racial trauma can be uncomfortable, including for mental health professionals, DeLapp said. But there are some standard questionnaires on racial stress available, and he suggests that therapists give them to new patients as part of their standard "intake" assessment.

Then they can let patients know a conversation can happen, if they want it. "That way, [patients] are in control," DeLapp said.

Outside of therapy, people can buffer themselves against racial stress, and that's exactly what many do when faced with a chronic stressor, DeLapp noted. People find ways to cope and be resilient, often by leaning on community.

DeLapp suggested that when it comes to social media -- and exposure to news and images of racial violence -- people give themselves enough offline time. That can give them a chance to process their feelings, he said, and also to "plug into other things that reaffirm your value as a person."

But ultimately, DeLapp said, the work has to fall on the systems in which racism is embedded.

"The onus should not be on individuals," he said.