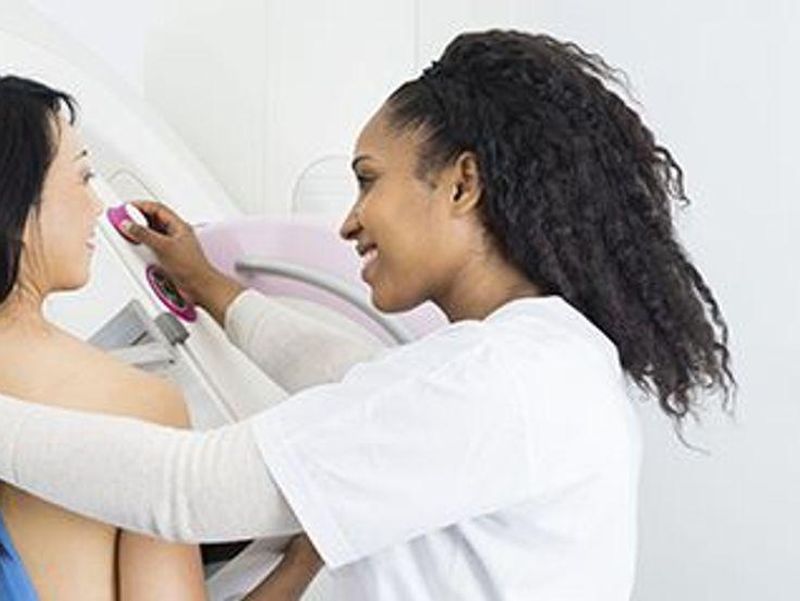 A major U.S. hospital system had a strong rebound in most cancer screening tests after a steep drop-off in the early months of the COVID-19 pandemic, a new study shows.

The findings are based on an analysis of data from the Boston-based Mass General Brigham system. Depending on the type of test, between March and June of 2020, the number of cancer screenings dropped off between 65% and 82%, while declines ranged from 4% to 44% from June to September 2020.

In some cases, the drop-off was short-lived. Between September and December of 2020, screenings for breast, prostate, cervical and lung cancer surpassed pre-pandemic levels, the study found. Colonoscopy screening to detect colon cancer did not return to normal levels, however.

"The increase in screening tests that was identified from September to December 2020 helped to recover some of the 'missed' cancer diagnoses from earlier time periods," said study co-author Dr. Chris Labaki of the Dana-Farber Cancer Institute, in Boston. "However, more efforts are still needed to ensure the implementation of large screening campaigns as a significant proportion of cancers remain undiagnosed."

The researchers suspect the reason colonoscopy didn't rebound is that it is the most invasive of the cancer screening tests, requiring anesthesia. They said some patients may have opted instead for home-based stool tests.

Despite the resurgence of most types of screening, the declines early in the pandemic also led to fewer cancer diagnoses, which could have long-term consequences.

Between March and June of last year, 1,985 positive tests were reported, compared with 3,476 between September and December 2020. That means 1,187 cancer diagnoses were "missed" from March to June 2020 because of reduced screening, the researchers said in a Dana-Farber news release.

Of those, 323 were "recovered" between September and December 2020, but the study did not say whether the cancers were found at later stages. For colonoscopy, no diagnoses were recovered and 38 positive diagnoses were missed during the study period.

While there was an overall increase in mammograms between September and December 2020, fewer Black women and Hispanic women had them during that period than in the three months before the pandemic.

"These findings are concerning and suggest the pandemic may accentuate racial disparities related to cancer screening," the authors concluded.

The findings were recently published as a letter in the journal Cancer Cell.

Study co-author Dr. Quoc-Dien Trinh predicted that the widening screening gap due to COVID-19 will worsen racial disparities in cancer death rates. Trinh is co-director of the Dana-Farber/Brigham and Women's Prostate Cancer Center.

In some cases, the delayed diagnoses are expected to result in poor patient outcomes, added study co-author Dr. Toni Choueiri, director of the Lank Center for Genitourinary Oncology at Dana-Farber.

The U.S. National Cancer Institute has more on cancer screening.