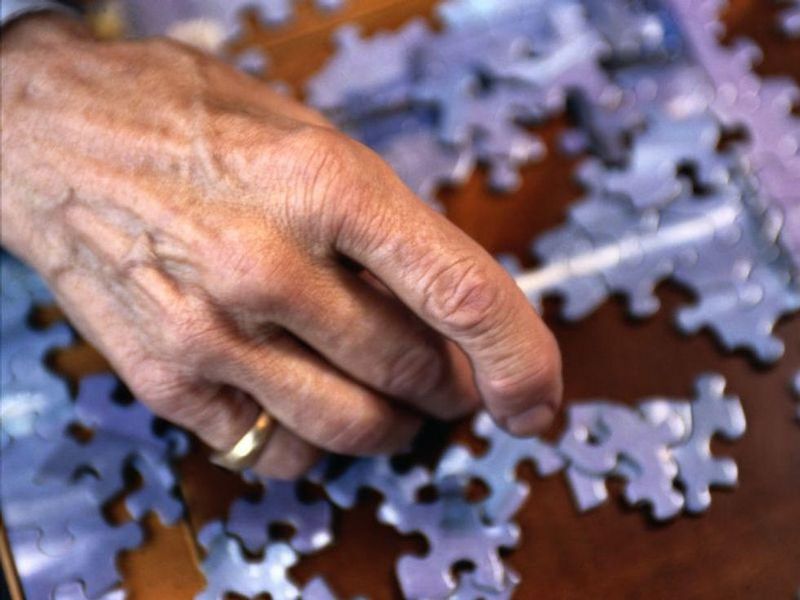 An active mind in old age may delay Alzheimer's disease by up to five years, a new study suggests.

Activities like reading, writing letters, playing cards or doing puzzles may prolong brain health even for those in their 80s, researchers say.

"The key element is that you're processing information," said lead researcher Robert Wilson, a professor in the neurological sciences department at Rush University Medical Center, in Chicago.

"Reading is certainly important, but anything that stimulates the mind and is challenging to you intellectually can be helpful," he said.

Wilson cautioned that this study can't prove that being mentally active delays dementia, but it "suggests that reading and various cognitive activities may be helpful."

Although other studies have shown that an active mind delays dementia, this study put a real-world timeframe on the delay.

"There are already estimates that a five-year delay in the onset of this disease could reduce its impact by 40% in the population," he said.

For the study, Wilson's team collected data on nearly 2,000 people with an average age of 80 who did not have dementia at the start of the study.

Over seven years, participants were given several mental acuity, or cognitive, tests.

Wilson noted that "keeping mentally active is not a pill to stop the underlying plaques and tangles" linked with Alzheimer's disease. The buildup of amyloid protein plaques in the brain, as well as "tangles" of another protein, tau, are hallmarks of the illness.

Although there are no effective treatments or cures for Alzheimer's, Wilson and another expert, Dr. Sam Gandy of New York City, said the study adds to evidence that lifestyle changes are one way to help ward off dementia.

"This fits beautifully with decades of basic science and provides the first detailed 'prescription' for cognitive activity that doctors can offer to their patients and to the public at large," said Gandy. He is associate director of the Mount Sinai Alzheimer's Disease Research Center and a professor of neurology and psychiatry at the Icahn School of Medicine at Mount Sinai.

"We have had three sessions of 30 minutes each per week of brisk walking or weight training for a while. Now we can add this cognitive activity prescription to our repertoire," Gandy said.

Wilson added, "Changing lifestyles to be more conducive to having a healthy brain can have an enormous impact on your risk for this disease."

The report was funded by the U.S. National Institute on Aging, and published online July 14 in the journal Neurology.

For more on a healthy brain, head to the Alzheimer's Association.