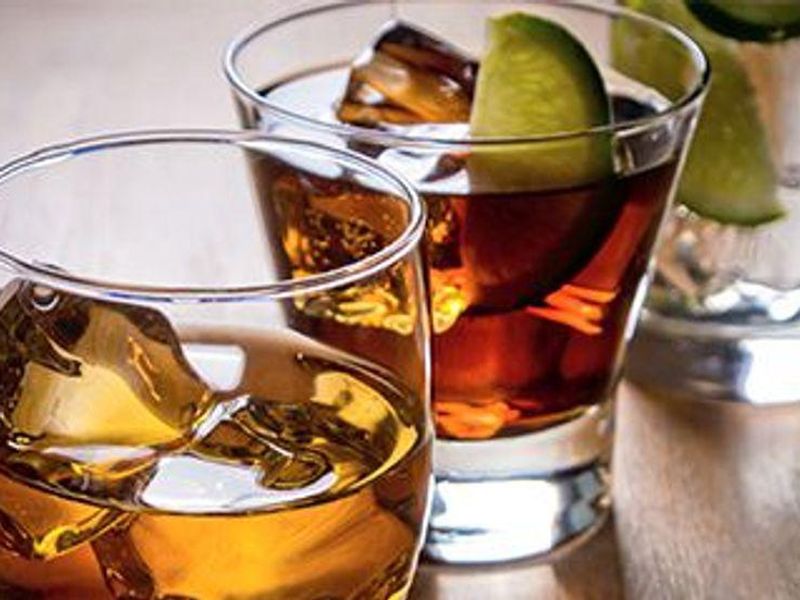 Let's not toast to this: Alcohol was linked with 740,000 new cancer cases globally in 2020, representing 4% of all newly diagnosed cases that year, researchers say.

"Trends suggest that although there is a decrease in alcohol consumption per person in many European countries, alcohol use is on the rise in Asian countries such as China and India, and in sub-Saharan Africa," said study co-author Harriet Rumgay, of the International Agency for Research on Cancer, in France.

"In addition, there is evidence that the COVID-19 pandemic has increased rates of drinking in some countries," she added.

Rumgay and other addiction experts worry that drinking behaviors adopted during the pandemic could lead to permanent habits.

The study was published July 13 in The Lancet Oncology.

"Our study highlights the contribution of even relatively low levels of drinking to rates of cancer, which is concerning, but also suggests that small changes to public drinking behavior could positively impact future cancer rates," Rumgay said in a journal news release.

Heavy drinking and risky drinking contributed to the largest numbers of cases at 47% and 39%, respectively, but moderate drinking (about two drinks a day) accounted for about 14% of cases.

By region, the highest rates of alcohol-related cancers were in Eastern Asia and Central and Eastern Europe (6%), while the lowest rates were in Northern Africa and Western Asia, both below 1%.

By country, rates were highest in Mongolia (10%) and lowest in Kuwait (0%). Rates and case numbers in other countries were: 3% in the United States; 4% in the United Kingdom, Brazil and Germany; 5% in India and France; and 6% in China.

"All drinking involves risk," said study co-author Dr. Jürgen Rehm, a senior scientist at the Centre for Addiction and Mental Health, in Toronto, Canada. "And with alcohol-related cancers, all levels of consumption are associated with some risk," he said.

Alcohol can contribute to cancer development by causing DNA damage that boosts production of harmful chemicals in the body, and by affecting hormone production. Alcohol can also worsen the cancer-causing effects of tobacco and other substances, the researchers explained.

Rumgay suggested that "we urgently need to raise awareness about the link between alcohol consumption and cancer risk among policy makers and the general public. Public health strategies -- such as reduced alcohol availability, labeling alcohol products with a health warning, and marketing bans -- could reduce rates of alcohol-driven cancer."

Tax and pricing policies that have led to decreased alcohol intake in Europe could also be implemented in other world regions, she added.

The U.S. National Cancer Institute has more on alcohol and cancer.