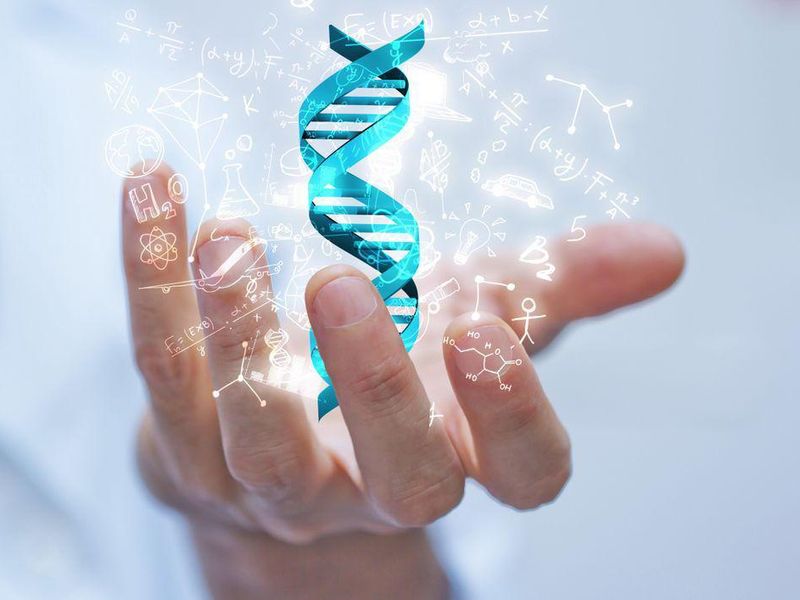 Gene Therapy May Reverse Hurler Syndrome, a Rare and Severe Illness in Kids

Gene therapy might soon offer a new option for children with a rare genetic disorder that damages tissues throughout the body, researchers are reporting.

In a study of eight children with the condition, called Hurler syndrome, researchers found that the gene therapy was safe over two years. It also showed potential for beating the current standard treatment, stem cell transplantation.

If the gene therapy proves safe and effective in the longer term, experts said, it may well replace stem cell transplants in the future.

"I do think this is a triumph," said Dr. Christopher Dvorak, who co-wrote an editorial published with the study Nov. 18 in the New England Journal of Medicine.

"It's likely to change lives in the not-too-distant future," said Dvorak, a specialist in pediatric stem cell transplantation at the University of California, San Francisco.

Hurler syndrome is one of about 50 genetic diseases known as lysosomal disorders, where children are born lacking key enzymes needed for body cells to function normally.

Hurler syndrome arises when a child inherits a flawed copy of a gene called IDUA from each parent.

The IDUA gene governs an enzyme that breaks down certain complex sugars. In children with Hurler syndrome, those sugars accumulate in cells, causing damage throughout the body, including the brain, eyes, heart and bones.

Enzyme replacement therapy can help with some of those issues, but it does not cross into the brain, said Dr. Walla Al-Hertani, director of the lysosomal disease program at Boston Children's Hospital.

So doctors have turned to stem cell transplants.

The process involves using chemotherapy to deplete a child's own blood-forming stem cells, and replacing them with healthy stem cells from a donor, often from umbilical cord blood. Those healthy cells provide a supply of the needed enzyme, including into the brain.

However, there are downsides.

Even after a transplant, both eye and joint disease can continue to worsen because those areas have a lesser blood supply, explained Al-Hertani, who was not involved in the new study.

And because the treatment involves donor cells, there is a risk of serious immune system reactions, which means ongoing immune-suppressing medication.

Gene therapy could potentially address those issues. For the new study, an international research team tested the approach in eight children with Hurler syndrome, who were about 2 years old, on average.

The tactic involved removing a sample of the children's own blood-forming stem cells, then using a safety-modified virus to deliver a functioning IDUA gene to the cells. After the children had chemotherapy to deplete their remaining blood stem cells, the gene-corrected cells were infused back into their bodies.

Within a month, the researchers found, the children were showing high IDUA activity in their blood -- three to 12 times higher than what's seen in healthy donors -- and a sharp reduction in abnormal sugar accumulation.

That high IDUA activity is key, according to lead researcher Dr. Bernhard Gentner of San Raffaele Hospital in Milan, Italy.

Gentner said it suggests that gene therapy might allow more efficient "cross correction" of cells in various body tissues, including the bones -- where stem cell transplantation is not effective.

At this point, Gentner's team reports, the children have shown normal growth, and are stable in their learning and thinking skills, and stable or "improved" in imaging of the brain and spine.

Al-Hertani said the children need to be followed longer to see whether their enzyme activity remains high, and whether the gene therapy is, in fact, more effective than standard transplants.

But in general, Al-Hertani said she believes gene therapy is "the future" when it comes to treating these rare genetic disorders.

"Our goal," Gentner said, "is to make this new treatment available to patients as soon as possible."

To that end, he added, U.K.-based Orchard Therapeutics has been granted a license to further develop the gene therapy. A phase 2 study is in the "advanced" planning stages, Gentner said.

Dvorak said he does have some concerns about equitable availability should gene therapy become a standard treatment for Hurler syndrome.

In theory, any medical center that treats the condition should be able to offer gene therapy. But it's possible it will roll out in a more limited way, according to Dvorak.

"It's also going to be quite pricey," he said. "I do have concerns that there could be socioeconomic disparities in access to it."

Hurler syndrome affects an estimated one in 100,000 newborns, according to the U.S. National Institutes of Health. The disorder is part of newborn screening in some U.S. states, Dvorak said, but not all.