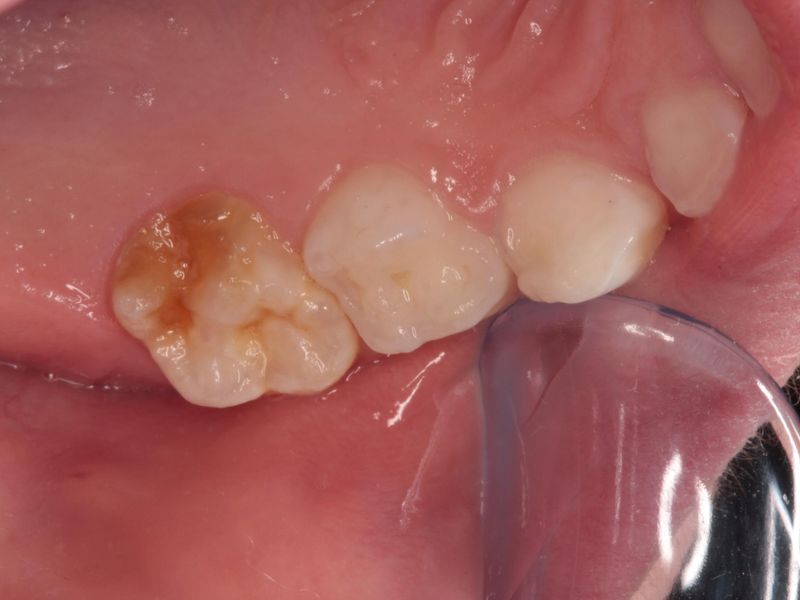 Scientists Get to the Root of 'Chalky Teeth' in Kids

Researchers who say they have discovered what causes kids to have "chalky teeth" predict it could lead to new ways to fight it and cut cavities by half.

One in five children have chalky teeth -- visible as discolored enamel spots -- which can cause severe toothache and decay, sometimes resulting in abscesses, extractions and other problems.

"We can’t yet prevent chalky teeth from developing in the first place, but if health professionals catch them early -- when they first enter the mouth -- then we dentists can usually save them," said study co-author Dr. Vidal Perez, a pediatric dentist and researcher at the University of Talca in Chile.

Perez and other researchers now say they have identified the mechanism behind the most common type of chalky teeth -- molar hypomineralization.

It occurs when developing enamel is contaminated by a protein found both in blood and in the tissue fluid surrounding developing teeth. Routine childhood illnesses such as fever appear to be the trigger, according to findings published Dec. 21 in the journal Frontiers of Physiology.

"The result is a sort of 'mineralization blockage,' which is highly localized to the areas on individual teeth that become chalky enamel spots," said study leader Mike Hubbard, a research professor in oral and facial sciences at the University of Melbourne in Australia.

Unfortunately, fluoride, which protects against tooth decay in normal enamel, has little effect in preventing chalky molars. The researchers said the condition is as prevalent in developed countries as in developing ones.

Hubbard said the discovery upends 40 years of blaming defective enamel-forming cells. But that theory didn't explain why chalkiness affects only one or a few teeth in a child's mouth, he added.

“We’ve shown instead that albumin leaks in occasionally at weak spots, binding to enamel-mineral crystals and blocking their growth," Hubbard said in a University of Melbourne news release. "It’s not a system-wide problem, but a very localized one.”

The next steps involve pinpointing the underlying causes and getting the word out to dentists, health care providers and parents, so they can monitor kids for chalky teeth.

“This new avenue of research could one day eliminate about half of childhood tooth decay, along with its disturbing costs to affected individuals and society,” Hubbard said.

There's more on chalky teeth at The Chalky Teeth Campaign.