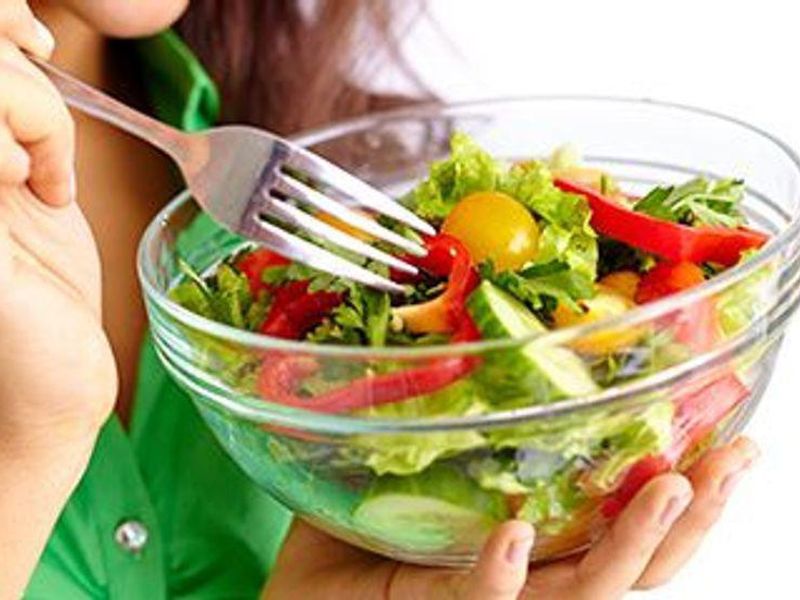 Getting Rid of Meat in Your Diet May Lower Cancer Risk

People who go meat-free, or at least put limits on it, may have lower risks of some of the most common cancers, a new, large study suggests.

British researchers stressed that their findings do not prove definitively that vegetarian/vegan diets cut people's cancer risks. In fact, there was evidence that body weight may explain some of the benefits.

But the findings, based on more than 470,000 people, do strengthen the case that no-meat and low-meat diets are at least associated with lower cancer risks.

They also suggest that the relationship varies depending on the type of cancer, said lead researcher Cody Watling, of the University of Oxford.

One finding reinforced what past research has shown: Less meat was related to a lower risk of colon cancer.

People who adhered to a "low-meat" diet (5 or fewer servings of red meat or poultry per week) had a 9% lower risk of colon cancer, versus people who ate meat more often.

"We know from previous evidence that a high intake of processed meat, and red meat, is associated with a higher risk of colorectal cancer," Watling said.

In fact, groups such as the World Cancer Research Fund and the American Cancer Society already advise people to limit red and processed meat to curb the risk of colon cancer.

With two other common cancers -- breast and prostate -- the potential effects of diet have been less clear.

But when the researchers took a deeper dive, the link was largely explained by vegetarian women's lower body weight. (Being overweight or obese after menopause is linked to a higher risk of breast cancer -- possibly because fat tissue generates estrogen, according to the American Cancer Society.)

If vegetarianism makes women thinner, then that could be how it lowers breast cancer risk. But, Watling said, those women might be thinner for reasons other than their diet, including their exercise habits.

As for prostate cancer, the study found, the risk was lower among men who were vegetarian/vegan or pescatarian (eating fish but no meat): Compared with men who often ate meat, their risk of the disease was 20% to 31% lower.

Watling offered some cautions on the finding: There are no established dietary risk factors for prostate cancer, and there could be various reasons for the lower risk among men on meat-free diets.

The difficulty in studies like this is weeding out an effect of diet, by itself, from all the other things tied to it -- other lifestyle habits, income, and access to health care, to name a few.

Watling's team tried to account for many of those "confounders." They statistically adjusted for people's weight; exercise, smoking and drinking habits; education level; and use of certain medications, such as aspirin and hormone replacement therapy.

But it's not possible for studies to account for all differences between meat fans and those who cut it out, noted Julie Stefanski, a registered dietitian and spokesperson for the Academy of Nutrition and Dietetics.

Nor do vegetarian/vegan diets necessarily equate to "healthy," said Stefanski, who was not involved in the study.

If they rely heavily on highly processed "meat alternatives," rather than whole plant foods, she said, they may actually be less nutritious than diets that includes fish and other animal products.

Overall, Stefanski said, the expert consensus is that diets rich in vegetables, fruit, beans and fiber-rich whole grains are linked to lower risks of various cancers.

"These foods are abundant in nutrients and phytochemicals that provide protection against cancer development by promoting repair of DNA, elimination of carcinogens, influencing gene expression, and reducing inflammation," Stefanski said.

So, the foods included in a diet, rather than excluded, are key, according to Stefanski.

At the same time, limits on meat are wise.

Most people were meat eaters, but about 10,700 were pescatarian and almost 8,700 were vegetarian/vegan. The sheer size of the study, Watling said, allowed a closer look at different diet patterns and specific types of cancer.

The American Cancer Society has advice on healthy eating.