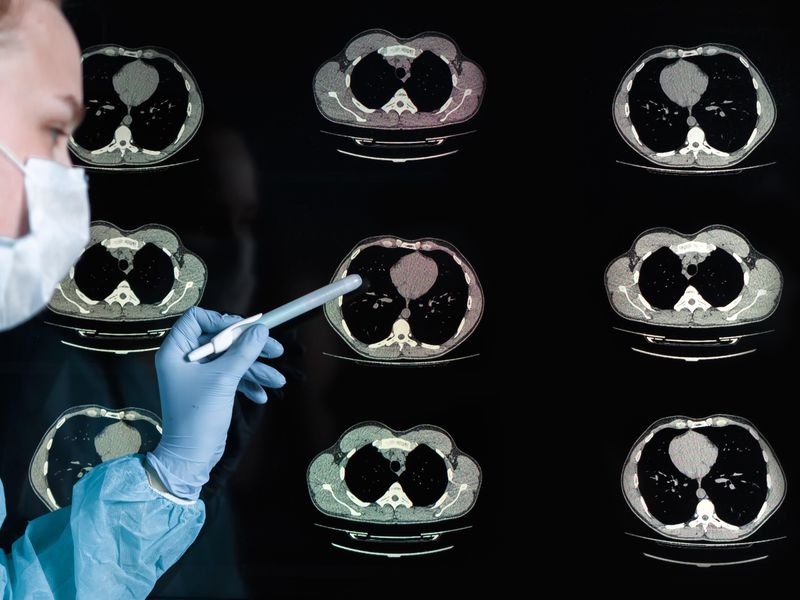 Annual lung cancer screenings are strongly encouraged for men and women in danger of developing lung cancer. But new research finds that among those who do get assessed, nearly half fail to seek prompt follow-up care when the CT scans pick up a potential problem.

The stats are troubling, said study author Dr. Matthew Triplette, who stressed "that the whole point of lung cancer screening is to detect cancers when they are small and localized and can be cured." He's an assistant professor at the Seattle Cancer Care Alliance and Fred Hutchinson Cancer Research Center.

"I'm worried that if patients have a concerning finding and don't get timely follow-up, they risk letting a cancer progress, despite us knowing that it is there," Triplette added.

Stating that annual low-dose CT scan screenings can shave the lung cancer death rate by as much as 20%, the U.S. Preventive Services Task Force (USPSTF) recommends high-risk patients get screened every year.

The USPSTF defines "high risk" as adults between the ages of 50 and 80 who are either current heavy smokers or who stopped smoking in the prior 15 years.

Heavy smoking is defined as a pack a day for 20 years or two packs a day for 10 years.

Triplette said, "at best, we are screening about 10% of currently eligible patients in the U.S." USPSTF puts that figure at less than 6% nationally, with rates as high as 18% in Massachusetts, but as low as 1% in California and Wyoming.

But when these folks do get screened, what do they do afterwards?

To find out, between 2012 and 2021 investigators tracked nearly 400 patients enrolled in a Seattle-based annual CT-scan screening program.

All underwent lung cancer screenings that pinpointed the kind of high-risk results for which follow-up — in the form of a second CT-scan, meeting with a specialist and/or additional procedures — is recommended.

Time is of the essence when follow-up is warranted, the study team noted. But 47% of patients who needed follow-up significantly delayed doing so. "Delay" meant waiting more than a month beyond the recommended time frame, and/or more than 30 days post-screening for those patients whose initial results were considered particularly worrying.

The median delay was 91 days, the investigators found.

The good news is that most of the patients were ultimately disease-free.

In truth, "most of these patients won't actually have lung cancer, only about 15% of those with positive screening findings," Triplette stressed. "Most patients just need a follow-up CT scan at an earlier date, to make sure a suspicious nodule hasn't grown or changed."

Triplette acknowledged that he's "not exactly sure" why patients put off follow-up care. But he suggested that barriers to care — such as lack of insurance, transportation or access — may play a role for some. And "I think patients may actually underestimate the importance of getting these exams promptly," he added.

But Dr. Jacob Sands, a thoracic medical oncologist at Harvard Medical School and the Dana-Farber Cancer Institute in Boston, said it's important not to place the blame on patients "as if it's the patients themselves who aren't interested."

Some patients, Sands acknowledged, "may be scared that lung cancer is a death sentence. It's a scary thing to do a test or follow-up where you may find out you have lung cancer."

But that doesn't fully explain what's going on, said Sands, a volunteer national spokesperson for the American Lung Association, who was not part of the study team.

And while a lingering stigma against smokers likely also plays some role in depressing the numbers, that is just once piece of the delay puzzle, he added.

"In part, this is likely more a reflection of primary care not really understanding the true benefits of lung cancer screening," Sands suggested. "The education for primary care doctors has unfortunately not fully been everything we would hope it would be. And life is hard. People have a lot of things on their mind. And if your doctor doesn't move quickly and forcefully to bring patients in, of course they won't be motivated."

The findings were presented Tuesday at a meeting of the American Thoracic Society, in San Francisco. Data presented at meetings should be considered preliminary until published in a peer-reviewed medical journal.