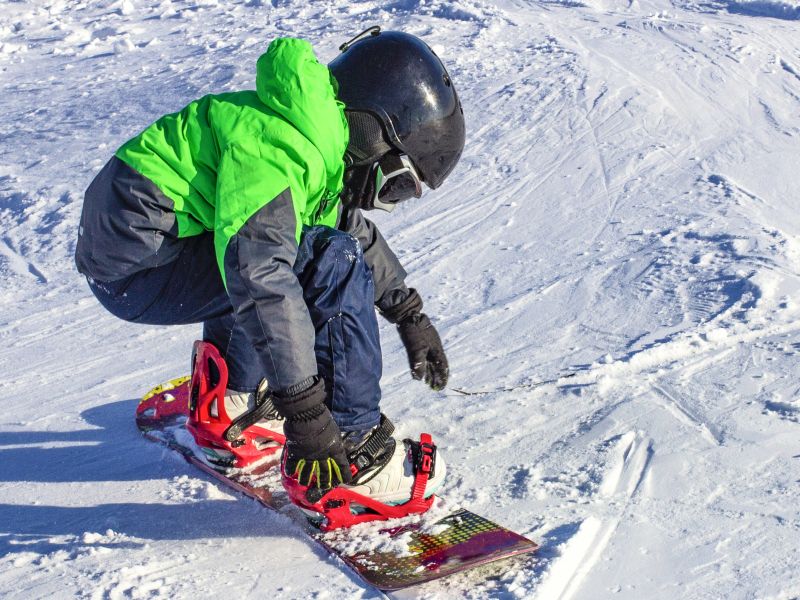 Winter sports such as skiing and snowboarding are a great way to get kids active, but new research suggests extra safety measures may be in order for younger children.

The study found that grade-schoolers had almost three times the odds of having a serious skull or facial fracture while skiing or snowboarding, compared to older children.

Meanwhile, older children had more than twice the risk of younger kids of having an injury to their abdominal area.

McLoughlin doesn't think the findings mean that kids should forgo winter sports. "It's great that in a digital age where obesity is rising that kids get out and play, but they need to do it in a way that's safe," he said.

Skiing and snowboarding are considered high-risk sports, even with protective equipment, the researchers said. Experts estimate that in 2015 there were more than 13,000 injuries related to snowboarding or downhill skiing in kids under 15. About 5% of those injuries required hospital admission.

McLoughlin and his team looked at data from a nationally representative study of kids' inpatient hospital admissions between 2009 and 2012. They found 845 admissions related to snow sports injuries, which would include skiing, snowboarding, sledding and other winter outdoor activities.

More than three-quarters of the kids injured were male. Nearly 90% were white. Forty-four percent of the injuries occurred in high schoolers. The average age for those injured was nearly 15.

More than half of the kids admitted to the hospital needed major surgery. Injuries included leg and arm fractures, spleen injuries and head injuries, including skull fracture.

The database the researchers used didn't have detail on the specific type of sport each child was participating in, so it's not clear if one type of winter sports is related to more injuries. The data also didn't include information on whether or not kids were wearing helmets when they got hurt.

But other research has looked at whether helmets help reduce the severity of an injury.

Dr. Steve Moulton, director of the trauma program at Children's Hospital Colorado in Aurora, conducted one such study, published 2016 in the Journal of Pediatric Surgery.

"We were able to show that skiers and snowboarders wearing helmets had less severe head injuries than those who weren't wearing a helmet," said Moulton, who wasn't part of the new study.

He pointed out that young children have more fragile and thinner skulls and facial bones, so even if they're not going as fast as older kids, they're still at risk of injury.

Moulton, a skier himself, agreed with McLoughlin that no one is saying kids shouldn't ski or snowboard. He said he's seen kids as young as 3 skiing.

"It's a great family sport. You're out in nature and having fun as a family, but enjoy the mountains in a safe fashion," he said.

McLoughlin said parents should consider the areas where their kids are skiing or snowboarding, especially when they're learning.

When teaching a teen to drive, most parents take their children to empty parking lots to give them space to learn without having to worry about them hitting other cars. Similarly, he said, skiing or snowboarding in clearer areas, without a lot of trees, is safer.

McLoughlin also said a helmet is key, and suggested buying the best helmet you can afford. "Good helmets save lives. Don't opt for budget equipment," he advised.

The findings are to be presented Sunday at the American Academy of Pediatrics annual meeting, in New Orleans. Findings presented at meetings are typically viewed as preliminary until they've been published in a peer-reviewed journal.