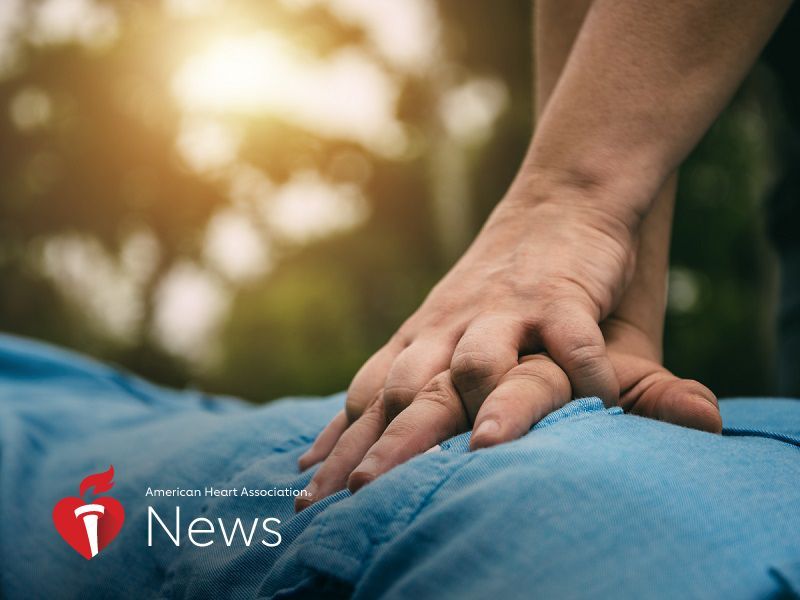 Receiving CPR from a bystander can double the chance of surviving a cardiac arrest. But you're less likely to get this help - and less likely to survive - if your heart stops in a Hispanic neighborhood, a new study shows.

"We know that bystander CPR improves your chances for survival," said Audrey Blewer, the study's lead author and an assistant professor at Duke University School of Medicine in Durham, North Carolina. "But in Hispanic neighborhoods, it's not happening."

More than 350,000 cardiac arrests occur outside hospitals each year, with 18.8% of those taking place in public settings. About 9 out of 10 people whose hearts stop outside a hospital die. But nearly 45% would survive if bystander CPR is administered, prior research shows.

Blewer said her study points to the need for greater CPR training in Hispanic communities, as well as a deeper look into why these disparities may exist.

The study didn't delve into those reasons, but Marina Del Rios has some ideas.

"That's the million-dollar question that a lot of us are trying to answer," said Del Rios, an associate professor in the department of emergency medicine and director of social emergency medicine and population health at the University of Illinois College of Medicine in Chicago. "I think a lot of it really has to do with fear."

Del Rios, who was not involved in the new study, pointed to a 2015 study of Hispanic neighborhoods in Denver that identified distrust of law enforcement, immigration status, language issues and other barriers to calling 911. The study also found in these communities a lack of knowledge about cardiac arrest and how to administer CPR. But Del Rios said that could be overcome with help from 911 dispatchers, if people were willing to call and dispatchers were able to communicate in Spanish.

Del Rios, who works with the 911 dispatch center in Chicago to encourage greater use of telephone-assisted CPR in minority and low-income neighborhoods, said she was concerned with recent trends.

"Anecdotally, I have noticed a hesitation from these (Hispanic) communities to contact 911," she said. As part of her own research, she has noticed a downward trend in bystander CPR in predominantly Hispanic neighborhoods compared to others.

"This study aligns with what I have observed in Chicago," Del Rios said. "We have seen a trend with bystander CPR where there is an increase in white and some minority neighborhoods, but in Hispanic neighborhoods, that has not been the same."

In fact, she said, there's been a dip.

"The last few years, politically there has been a real fear of deportation," she said. "It makes it more difficult for people to call and then stay on the phone long enough to follow directions. And then there's the language barrier as well. It's a confluence of negative characteristics that are more prevalent in Hispanic neighborhoods than in other communities."

Nationwide legislation that protects people who call 911 from deportation and technology that helps 911 dispatchers translate directions into Spanish could go a long way toward solving this problem, Del Rios said.