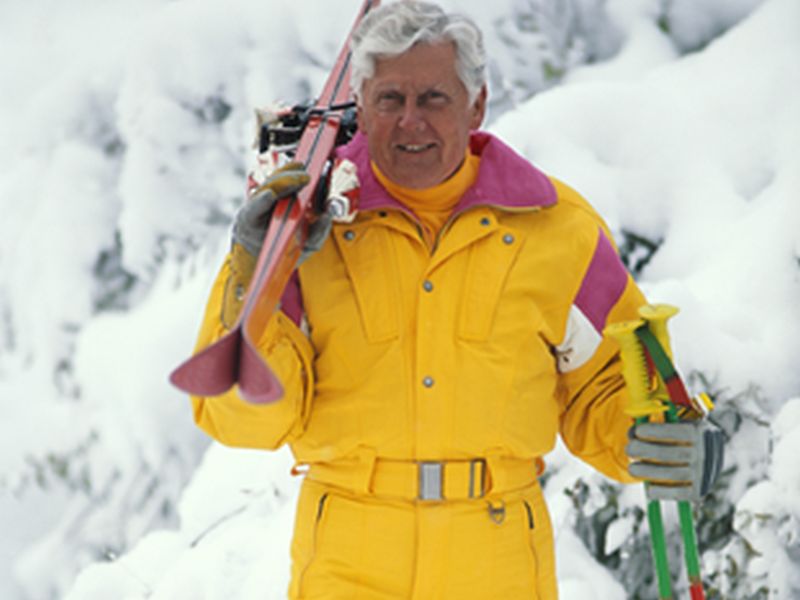 Love to cross-country ski? Well, all those days spent striding across the snow-covered wilderness may do more than keep you in great physical shape.

Swedish researchers report that very fit long-distance skiers were about 30% less likely to develop Parkinson's disease during their 20-year study.

The research suggests that any activity that keeps you fit might buffer the brain against disease.

"Our study highlights the importance of staying physically active throughout life, in order to have a reserve to better cope when the frailties and diseases of old age inevitably arrive," said study senior author Tomas Deierborg. He's an associate professor in neuroscience at Lund University in Sweden.

Deierborg said the researchers believe these very fit athletes have built up a greater "motor reserve" that slows any brain damage from Parkinson's disease. He said it's similar to the idea of "cognitive reserve" in people with dementia that suggests someone who is well-educated can sustain more brain damage from dementia before symptoms of the disorder become obvious.

However, not everyone is convinced that motor reserve is playing a role in this study's findings.

Parkinson's disease is a neurodegenerative disorder that often develops slowly, over years. The exact cause is still unknown, according to the Parkinson's Foundation.

The disease may progress differently from one person to the next. Symptoms often include tremors, often at rest. Other symptoms include slow movements, rigid limbs and gait problems.

The study followed the health of nearly 200,000 long-distance skiers for more than two decades and compared them to a "control group" from the general population in Sweden.

The skiers were an average of 36 years old. Slightly less than two-thirds were male. All had participated in the Vasaloppet long distance cross-country ski race. The race is 90 kilometers (about 56 miles) long.

Deierborg said the skiers are "very fit, as they just participated in one of the longest cross-country ski races in the world." He said most of them skied for at least four hours a week and, in general, they had higher leisure-time physical activity than the average person in the Swedish population. They also tended to have better diets.

In addition, the rate of smoking was far less in the skiers. Only about 1% smoked compared to around 15% of the general population, Deierborg noted.

Compared to the general population, the Vasaloppet skiers appeared to have a 29% lower risk of developing Parkinson's disease. Over 15 years of follow-up, however, the difference in Parkinson's cases weakened.

Deierborg said he doesn't think these benefits are limited to these well-trained skiers. Any kind of activity would likely reduce the risk of Parkinson's, he said.

On that point, Okun agreed: "Exercise is good for Parkinson's disease. You don't need to be an Olympic-level athlete."

Okun said people with Parkinson's disease should participate in a level of activity that works for them.

The study was published recently in the Journal of Parkinson's Disease.