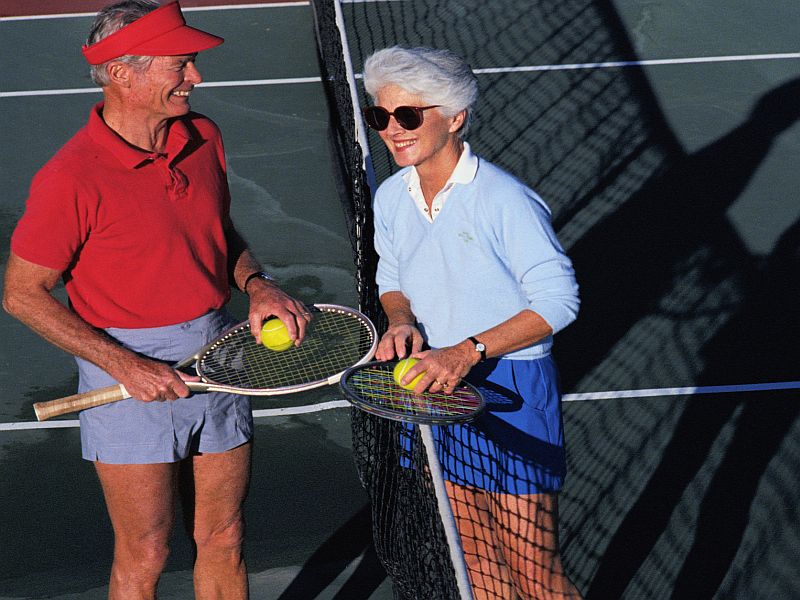 Take a walk, weed your garden, go for a swim or dance -- it could keep your brain from shrinking as you age, a new study suggests.

Being physically active may keep your brain four years younger than the rest of you, which might help prevent or slow the progression of dementias like Alzheimer's disease, researchers say.

"We recently published a paper using information of both current and past physical activity and found they both are associated with lower risk of developing Alzheimer's disease," said lead researcher Dr. Yian Gu, an assistant professor of neurological sciences at Columbia University in New York City. "The current study is a step further to show that physical activity is also protective against brain volume loss."

Gu cautioned, however, that the new study doesn't prove that exercise preserves brain size, only that the two appear to be linked.

For the study, Gu and her colleagues used MRI scans to collect data on the brain size of more than 1,550 people, average age 75.

None had dementia, but nearly 300 had mildly impaired thinking and 28% had the APOE gene, which appears to increase the risk of Alzheimer's disease.

Participants reported varying levels of physical activity. Researchers found that those who were the most active had bigger brains than those who were inactive.

After taking into account age, sex, education, race/ethnicity and APOE gene status, the researchers found that the average brain size of the most active was 883 cubic centimeters, compared to 871 for those who were inactive.

That difference of 12 cubic centimeters, or 1.4%, is equivalent to nearly four years of brain aging, Gu and her colleagues said.

A limitation of the study is that it relied on participants' ability to remember how much and how often they were active. Researchers said their reports could be inaccurate, skewing the results.

Nevertheless, another expert stressed that keeping active could only add benefits for seniors.

"It's plausible, and not unique to this study, that physical exercise is good for your brain," said Dr. Marc Gordon, chief of neurology at Zucker Hillside Hospital in Glen Oaks, N.Y., who reviewed the findings.

Although it's not clear how physical activity benefits the brain, Gordon suspects that it might come from keeping blood vessels healthy and lowering blood pressure and diabetes risk. "There are a lot of factors that could play a role," he said.

The findings are scheduled to be presented at a meeting of the American Academy of Neurology, April 25 to May 1, in Toronto. Research presented at meetings is typically considered preliminary until published in a peer-reviewed journal.

The Alzheimer's Association has more about staying physically active.