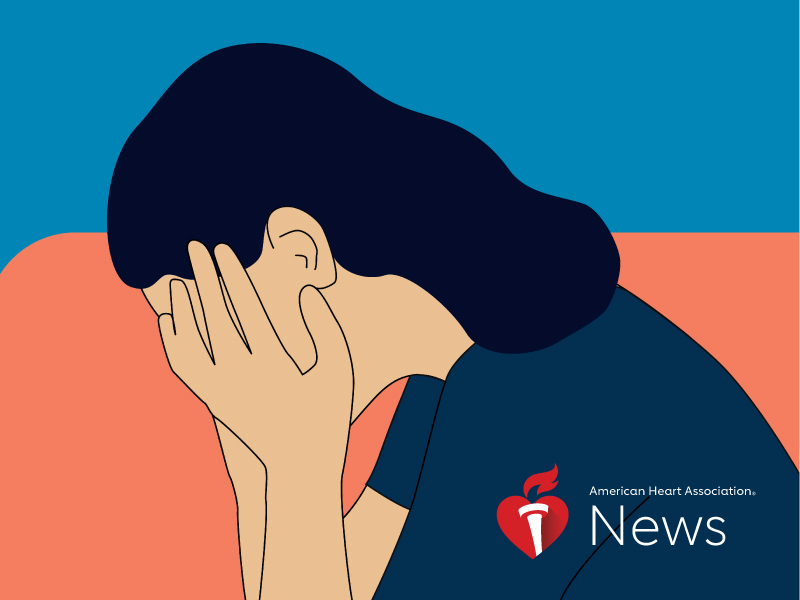 Women with HIV who experience persistently high levels of stress or depression have a significantly greater risk of plaque building up in their arteries than those who rarely or never report these symptoms, a new study finds.

The study, published Monday in the Journal of the American Heart Association, analyzed previously collected data for 700 women with and without HIV who did not have coronary heart disease. The data, collected from 2004-2012, came from a sub-study of the Women's Interagency HIV study.

The new analysis found that more than twice as many women with HIV who reported high levels of stress and depression had plaque in the arteries, compared to those who reported lower levels. New plaque continued to build up as depressive symptoms persisted. However, among women who did not have HIV, plaque prevalence was no different for those who were highly stressed or depressed than those who were not.

"We already know from previous research that women and men with HIV are at higher risk for cardiovascular disease, regardless of depression and stress," said lead investigator Matthew Levy, a research scientist in the department of epidemiology at the Milken Institute School of Public Health at George Washington University in Washington, D.C. "What our results show is that mental health factors may be further contributing to this risk. Our findings reinforce that it might be important for HIV care providers to screen patients for these types of symptoms and then refer them to mental health treatment, if necessary."

Levy cautioned the study did not show that treating stress or depression would lower cardiovascular risk in women with HIV, but said he hoped to explore that question in future research.

In addition to the challenge of living with the disease, women with HIV may struggle with stress and depression because of low socioeconomic status, race and gender discrimination, and domestic and sexual abuse, Levy said. "These social factors are highly prevalent among women with HIV. Women with HIV are a highly marginalized population."

Dr. Matthew Feinstein, a cardiologist and assistant professor of medicine at Northwestern University's Feinberg School of Medicine in Chicago, agreed. "Psychosocial risk factors are clearly a problem. What this study tells us to do is consider the whole patient, consider the broader social context in which the patient exists."

When treating women with HIV, clinicians need to ask, "What else puts these patients at risk for disease?" said Feinstein, who was not part of the new study. He chaired a writing committee for the American Heart Association that produced a scientific statement about the treatment and management of heart disease in people with HIV. "We have to ensure patients get all the support that they need, not just medically."