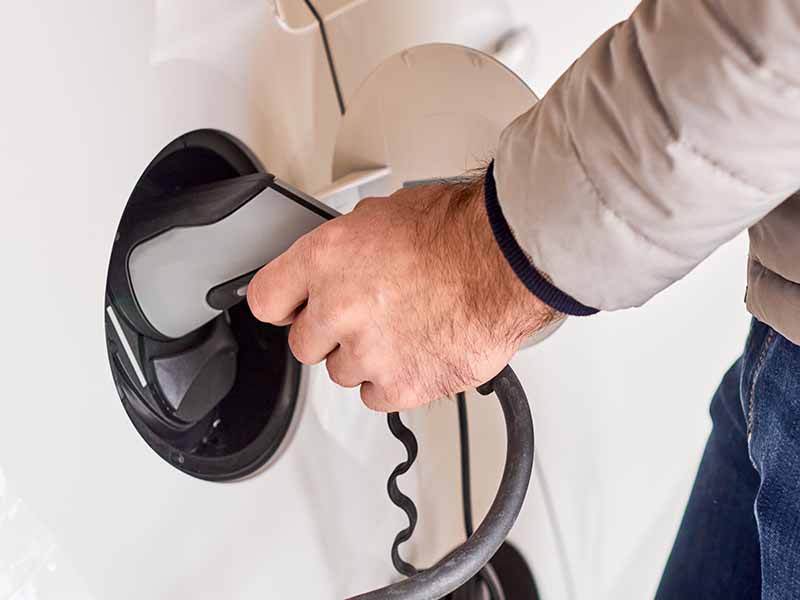 How Would Americans' Health Improve If All Cars Were Electric?

America's air would become remarkably cleaner if the country accelerated its transition to electric cars that don't rely on fossil fuels, the American Lung Association said in a new report Tuesday.

A full transition to electric cars by 2040 would also result in fewer deaths, asthma attacks, heart attacks, strokes and other health problems related to air pollution, said William Barrett, director of clean air advocacy for the American Lung Association and lead author of the "Road to Clean Air" report.

"Our report is grounded in a scenario wherein electric vehicles account for 100% of new passenger vehicle sales by 2040, and of heavy duty truck sales by 2045, with heavy duty vehicle classes advancing along the way," he said.

"Through a scenario like this, we could virtually eliminate on-road emissions of smog-forming nitrogen oxide, fine particle pollution and greenhouse gas emissions," Barrett continued. "Based on this scenario, the pollution reduced in 2050 alone could yield up to 6,300 avoided premature deaths, 93,000 avoided asthma attacks, 416,000 avoided lost work days and many additional health impacts avoided."

Electric cars have become steadily more popular in the United States, with nearly 1.2 million on the road in 2019, according to the Edison Electric Institute, an industry group. However, they still represent fewer than 2% of all cars sold in the United States.

Close to half of Americans live in counties affected by ozone and particle pollution, the two most common air pollutants in the United States, the report found. Cars, trucks and other vehicles are a major contributor to that bad air.

According to Dr. Meredith McCormack, medical director of the Johns Hopkins University Pulmonary Function Laboratory in Baltimore, "Transportation is a leading source of harmful air pollution in the United States. It represents half of the total ozone as well as nitrogen oxide emissions."

Models generated for this report estimate that a full transition to electric cars would reduce, by 2050:

Accordingly, the cities that would benefit most from all-electric highways are Los Angeles, New York, San Francisco, Chicago and Dallas, the report said.

Everyone's health will benefit from reductions in air pollution, but none more than that of U.S. minority groups, McCormack said.

Barrett said electric vehicles alone won't ensure clean air for the nation, however. Progress still needs to be made in transitioning power plants away from coal and fossil fuels.

"We know that as we transition to electric vehicles, at the same time we need to be on a parallel track to reduce our dependence on fossil fuel-generated power," Barrett said. "As more coal and more fossil fuels come offline, the benefits of electric vehicles will only grow. There's no doubt that we need to address both the tailpipe and the power sources."

"With the widespread transition to electric vehicles, we have an opportunity to save lives, prevent asthma attacks, and to also avoid tens of billions of dollars in health costs and costs associated with climate change," said Harold Wimmer, president and CEO of the American Lung Association.

The Edison Electric Institute has more about electric vehicle sales.