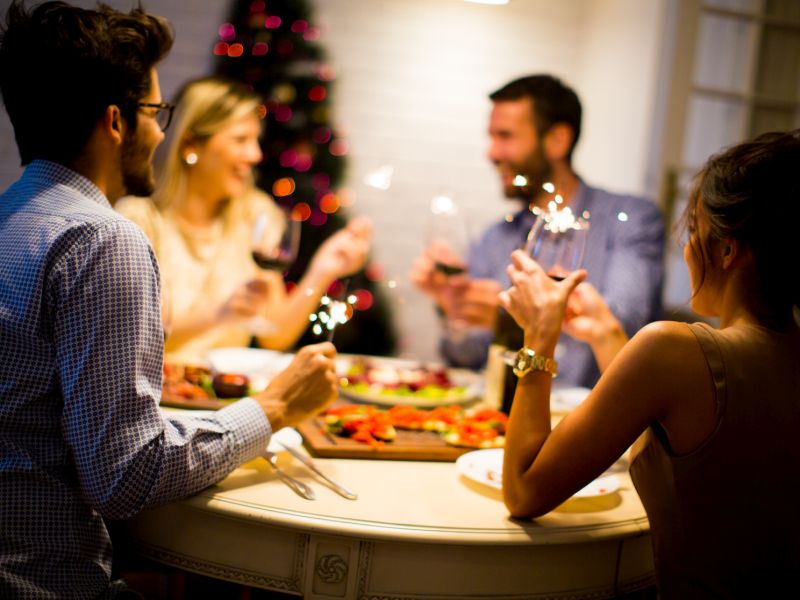 Parents, Think Before You Drink This Holiday

One in 4 American parents who drink over the holidays don't think about whether they'll be able to take care of their children the day after, a new survey shows.

"Most parents planning to drink alcoholic beverages on a night out arrange for a designated driver and child care for the event itself," said survey co-director Sarah Clark. "Fewer parents may consider how their alcohol consumption could impact parenting responsibilities to their young children the next day."

The survey, from C.S. Mott Children's Hospital National Poll on Children's Health at the University of Michigan, included nearly 1,200 parents of children aged 9 and younger nationwide. Researchers found that most parents said they had alcohol during special events, either often (27 percent), sometimes (36 percent) or rarely (17 percent).

Nearly one-third of parents said they're aware of another parent who may have put a child in an unsafe situation due to drinking alcohol at a special event. The respondents said: the other parent was too drunk or hung over to supervise their child (61 percent) or to handle a possible emergency (48 percent), drove with a child while impaired (37 percent), got violent or out of control in front of the child (28 percent), or injured the child (7 percent).

Eight percent of parents admitted to a situation where they'd been too drunk to properly care for their children.

Clark noted that the "amount of alcohol consumed can affect parenting the next day. A parent passed out on the couch will not be effective in recognizing and reacting to the everyday safety risks that occur with children."

"Parents who plan to drink alcoholic beverages during an outing should plan ahead for transportation to ensure they arrive home safely," Clark said in a university news release.

"If alcohol use may potentially impact their ability to take care of their children the following day, parents may also consider child care arrangements," she added.

"Having children stay the night at a relative's home or asking a grandparent to stay overnight are options to ensure young children are in a safe and supervised environment," Clark suggested.

The U.S. National Library of Medicine offers resources on parenting.