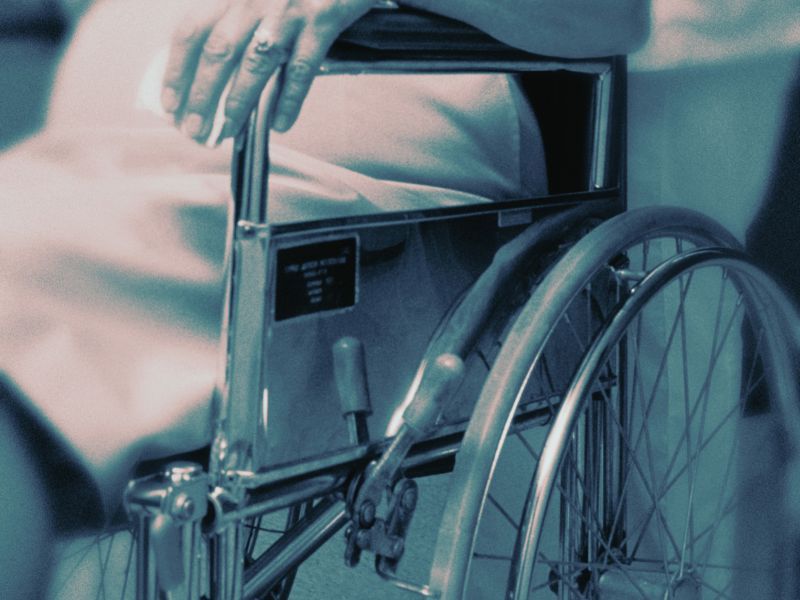 How Climate Change Could Put More MS Patients in Danger

When temperatures rise, people with multiple sclerosis need to keep cool. Heat sensitivity is a hallmark of the central nervous system disorder.

So, what happens when warm weather spikes become more frequent because of climate change?

The relative increase in visits is small -- but the effect is meaningful, said study author Holly Elser, an epidemiologist and student at Stanford University School of Medicine in California.

Elser was moved to investigate after a patient at a routine checkup mentioned that her MS symptoms were worse with the heat.

"We know that average temperatures globally continue to rise every year and both weather and temperature patterns are anticipated to become more variable over time," Elser said, noting that the adverse health effects have been documented in the general population and in some at-risk groups. Those include people with heart and lung diseases, dementia or serious mental illness.

"But when we looked at the literature, there really wasn't very much on the implications of weather and temperature patterns for individuals living with MS," Elser said.

They looked at data on more than 106,000 Americans with MS and estimated that stretches of unusually warm weather were associated with 592 more ER visits, 1,260 more inpatient visits and 1,960 more outpatient visits.

During those periods, MS patients were 4% more likely to visit the emergency room than during normal weather patterns, the study found. They also had 3% higher odds of having an in-person medical visit and were 1% more likely to have an outpatient visit.

"Many patients with MS, especially those who've had the disease for a long time, are prepared for extreme temperatures, but I think our study implies that not-so-extreme but warmer-than-average temperatures may also put patients at risk for worsening of their symptoms," Elser said.

The findings will be presented April 17-22 at a virtual meeting of the American Academy of Neurology. Research presented at meetings is typically considered preliminary until published in a peer-reviewed journal.

Release of the findings on March 2 dovetailed with news of an Austrian man with a temperature-dependent form of MS who plans to take his government to court.

Lawyers said the aim is to force Austria to do more to combat climate change, according to the Associated Press. The case is expected to be filed next month.

MS is a disease of the central nervous system that affects the brain and spinal cord. It damages myelin, a material that surrounds and insulates the nerves, impeding messages between the brain and the body. Symptoms can range from minimal to severe.

The notion of heat having an impact on MS isn't new.

In years past, one diagnostic test immersed a patient in very warm water to evaluate its impact on their symptoms, said Kathy Costello, vice president of programs for Can Do Multiple Sclerosis, a Colorado-based organization that provides lifestyle coaching for MS patients and their families.

"For people living with this, it's really difficult. Hot days, hot rooms, hot bath, hot shower, hot drinks, having a fever -- all of these things can make someone's MS feel horrible," Costello said. "They can have visual changes. They can have increased fatigue. They can have cognitive changes, weakness, increased numbness, essentially any of the areas that have been already affected by demyelination can suffer when that person's body temperature is raised."

And, she added, it doesn't take a big temperature spike to cause trouble. "Half a degree is enough to have someone with MS experience an increase in their symptoms," Costello said.

To cope, patients can wear lightweight, loose-fitting, breathable clothing; drink frozen beverages to cool off from the inside; and stay in air-conditioned rooms when it's hot outdoors.

A variety of cooling products, including vests, neck wraps and bandanas, can enable someone with MS to get outside even if it's hot. To exercise safely, they can walk before the heat of the day or work out in pools heated to 84 degrees F max.

"I think that this is an area where there may be very real discrepancies in how individuals can protect themselves from unexpected weather and temperature based on income," she said.

As weather patterns change, Elser added that a constant re-examination of health implications will be important, not only for individuals with MS, but also for other vulnerable patients.

The U.S. National Institute of Neurological Disorders and Stroke has more information on MS.