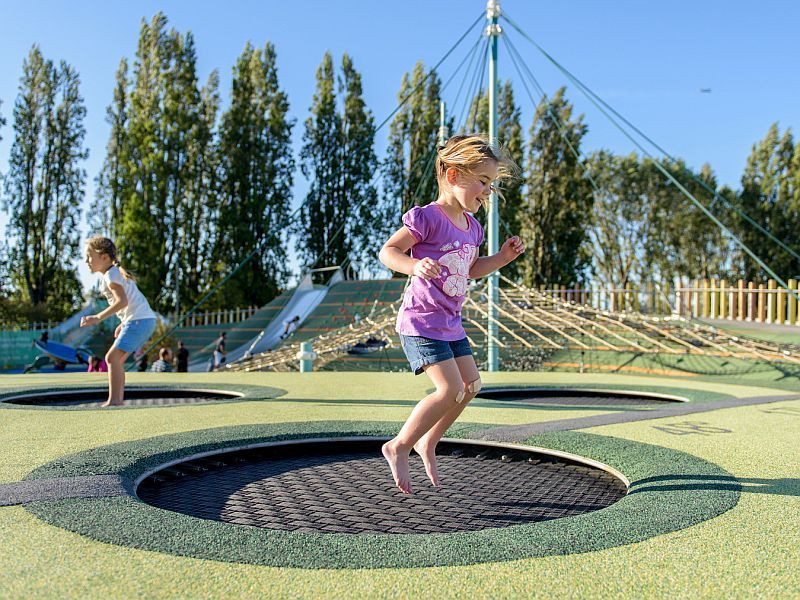 Bouncing on a trampoline is always risky, but kids are more likely to suffer serious injuries at a trampoline center than at home, according to researchers who are calling for mandatory safety standards at the centers.

The popularity of trampoline centers has soared over the past decade. In 2017, there were about 840 centers in the U.S. and more than 400 in other countries, a team led by Carlos Nunez of the University of Sydney reported.

"Presently, safety guidelines are not legislated for commercial trampoline centers anywhere in the world," researchers pointed out in a news release.

There was no difference between trampoline centers and homes in a child's risk for head, face, or trunk injuries, dislocated joints, broken bones or spinal injuries, according to findings published online June 13 in the journal Injury Prevention.

But leg injuries, sprains and the need for surgery were more common at trampoline centers, possibly because of structural differences in trampoline mats used at homes and at centers, researchers said.

"The higher tensile strength used in commercial trampoline centers may produce a harder bounce which amplifies the loading in bones and ligaments," the authors wrote.

They found no difference between the two locations in the risk of hospital admission after a trampoline injury, but injuries sustained at trampoline centers were nearly two times more likely to require surgery.

Older children and teens had a higher risk of injury at trampoline centers, likely because they're more likely to take risks, researchers said. Lower rates of injuries among kids under age 6 at centers may owe to age restrictions, they added.

"Most trampoline centers only demand a user's injury liability waiver before admission, and the current AAP [American Academy of Pediatrics] policy statement on trampolines does not include trampoline centers because of the lack of data regarding the safety of these recreational venues," researchers noted.

The AAP policy discourages backflips and somersaults on home trampolines due to reported deaths and spinal cord injuries, but many trampoline centers lack these rules, they noted.

"Considering the rapid global expansion of the commercial trampoline industry in the last decade, the increasing injury rates, and the cost to health systems, the development and implementation of evidence-based safety standards and preventative strategies and public awareness campaigns are urgently required," the researchers concluded.

For more on trampolines, go to the American Academy of Pediatrics.