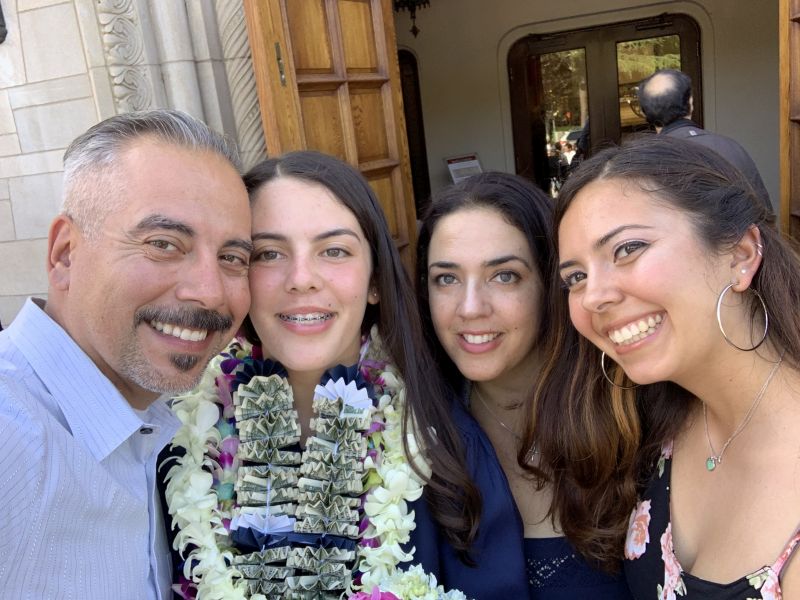 She Never Smoked -- And Got Lung Cancer in Her 40s

Nikki Moreno had spent nearly a year struggling for breath, and nothing seemed to help.

Not the inhalers, not the antibiotics and other drugs. Nothing seemed to help her breathe, and nothing got rid of her constant cough.

It finally got so bad that she landed in the emergency room at UCLA Medical Center in Santa Monica.

Moreno was not prepared for the series of shocks that followed.

First, doctors told her that her left lung had completely collapsed. Then Moreno underwent a bronchoscopy that revealed the reason for her lung collapse -- a 2-centimeter tumor had blocked the airway.

Doctors diagnosed her with stage 4 lung cancer, and told her the cancer had spread to her brain, spine, kidney and pancreas.

Moreno had never smoked. She'd never lived with anyone who smoked. The most exposure to secondhand smoke she'd ever experienced was at outdoor concerts.

"I was completely shocked," said Moreno, 43, a bookkeeper living in Los Angeles. "That was not at all what I expected it to be. I'd been researching my condition for months and on all of the search engines, nothing popped up that it might be lung cancer. So it hadn't even crossed my mind."

Not just a smoker's disease

Lung cancer is thought of as a smoker's disease, but as many as 20% of cases occur in people who've never smoked tobacco, said Dr. Richard Wender, chief cancer control officer of the American Cancer Society.

There are so many cases of nonsmoker lung cancer that "if you look at it from just a pure numeric standpoint, lung cancer in nonsmokers is as frequent as other cancers, like ovarian cancer," Wender said.

If it were placed in its own category, nonsmoker lung cancer "would still be the seventh most common cause of cancer-related death in the United States," said Dr. Nathan Pennell, director of the lung cancer program at the Cleveland Clinic's Taussig Cancer Center.

Unfortunately, because lung cancer is so heavily associated with smoking, many nonsmokers who develop the deadly disease aren't diagnosed until the cancer has started to ravage other parts of their bodies, the experts said.

"Both the patients themselves, the family members and even the clinicians aren't as quick to think about lung cancer as a cause of symptoms," Wender said. "We have so many stories of patients who develop lung cancer where their diagnosis was delayed for many months because they were being treated with inhalers and antibiotics for symptoms that in fact turned out to be lung cancer."

Overall, about 13% of all new cancers are lung cancers, according to the American Cancer Society. Nearly 230,000 new cases of lung cancer were diagnosed in 2019, and more than 142,000 people died from the disease.

It started with shortness of breath

Moreno's journey started about 10 months before her 2018 diagnosis, when she found herself short of breath for no good reason.

"I was walking my dog one day and got to the end of the block and realized I couldn't breathe," Moreno said. "I thought that was weird, but I didn't think much of it until it was constant for two weeks."

She saw a doctor and a series of pulmonologists, but they couldn't find anything wrong with her even though her breathing was getting worse and she'd developed a daily cough.

They gave her inhalers that helped a little, but her breathing problems persisted, Moreno said. Chest X-rays revealed nothing.

By early November, Moreno says she was in terrible shape.

"I had cold sweats in the morning and at night," Moreno recalls. "I was dizzy. I was almost passing out."

Things finally got so bad that she went to the ER, where she learned that she had lung cancer.

Her family -- husband Tony and daughters Sofia and Vanessa -- were as shocked as she was at the news.

"They were just devastated," Moreno said.

But there was one glimmer of hope.

Genetic testing revealed that her cancer was related to a mutation in a gene called ALK, and a very effective drug called alectinib (Alecensa) had been approved by the U.S. Food and Drug Administration in 2017 to treat that specific form of genetically driven lung cancer.

The drug works so well that doctors held off on surgery and other therapies to give the pill a chance to work, Moreno said.

"When they found out what type of mutation I had, they said we're going to wait because these pills have been shown to work very effectively everywhere, even in the brain," Moreno said.

Lo and behold, the pill worked as advertised.

"When I went back for my first scan two or three months after I started the pills, all of the tumors in the brain were completely gone and everything else was shrinking," Moreno said.

Moreno is feeling much better now, even though doctors are still keeping a close eye on her. She's back to working part-time, and is going to school to get her master's degree in accounting.

Causes not limited to smoking

Genetics are just one reason a nonsmoker might develop lung cancer. Another is exposure to radon, a colorless and odorless radioactive gas that wafts up from under homes.

Pennell said, "We know exposure to radon is probably the second biggest attributable risk for lung cancer, besides tobacco smoke."

Anyone, smoker or not, should talk with their doctor if they experience lung-related symptoms that don't seem to clear up over time, Wender and Pennell said.

Be on the lookout for a cold that doesn't behave typically -- for example, one in which you develop a cough but no runny nose, and that doesn't seem to be getting better over time.

"If it's not 'normal,' that means there's a cause. You owe it to yourself to find the cause," Wender continued.

Lung cancer doesn't get as much research funding as other cancers, even though it's the second-leading killer of men and women in the United States, Pennell noted.

"More Americans die of lung cancer than the next four most common cancers combined, and it gets just a fraction of the research funding," Pennell said. "There just isn't the same public awareness and advocacy campaigns out there as there are with the more 'blameless' cancers."

Wender doesn't think that lung cancer is underfunded because of its association with smoking, however.

He suspects it's more to do with the fact that, until recently, most people who got lung cancer didn't survive for long.

"I sure hope it's not less funding because the tobacco industry addicted young people and it resulted in their deaths," Wender continued. "Nobody should be blamed for developing lung cancer. I don't care if you're a smoker or a nonsmoker. It's not your fault. We know it's the tobacco industry that got you hooked, and nicotine is highly addicting."

With the development of new therapies like alectinib, there's hope that more people will survive lung cancer and go on to be powerful advocates for funding research, he added.

"We're going to have more lung cancer survivors for a longer and longer time, and they're going to be a loud voice," Wender said.

The American Cancer Society has more about lung cancer.