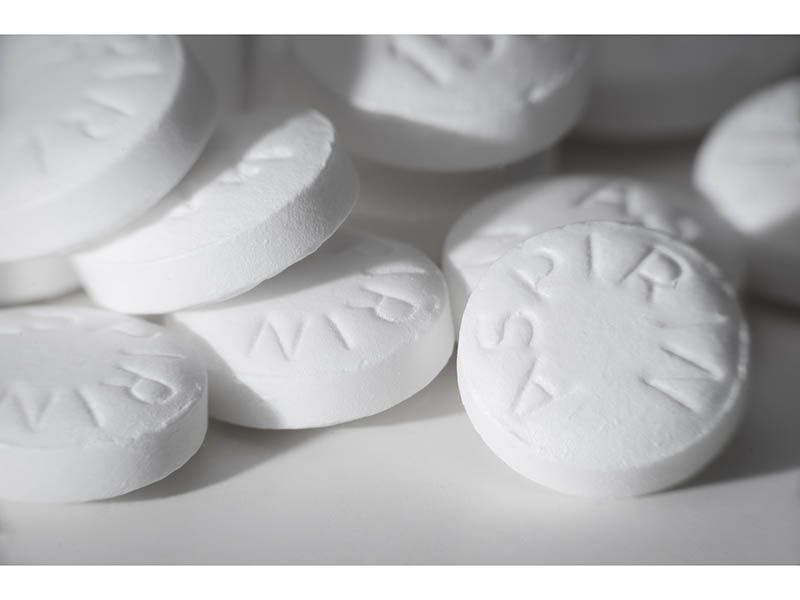 Could Low-Dose Aspirin Help Shield You From COVID-19?

It's already being taken by millions to help ward off heart issues, and now preliminary research hints that daily low-dose aspirin might also cut your odds of contracting COVID-19.

As the Israeli research team noted, aspirin is an anti-inflammatory and previous studies have shown that it may help the immune system combat some viral infections. According to the researchers, aspirin was widely used during the 1918 Spanish Influenza pandemic, several decades before its activity against RNA viruses was confirmed.

All of this prompted the team to investigate whether taking daily low-dose aspirin might reduce COVID-19 susceptibility, as well as the length of illness if infection does occur.

The dose used in Israel was 75 milligrams (mg); low-dose aspirin in the United States is typically a bit higher, at 81 mg.

The research was led by Eli Magen, from the Barzilai Medical Center in Ashkelon, Israel. His team tracked data on nearly 10,500 people who were tested for COVID-19 during the first wave of the pandemic in Israel, from February to the end of June of last year.

Because the study was a look back at prior data, it wasn't designed to show cause-and-effect, only associations. But Magen's group found that people who'd already been taking low-dose aspirin to reduce their risk of heart disease had a 29% lower risk of contracting COVID-19 compared to those who didn't take aspirin, and that rates of aspirin use were much lower among COVID-19 patients than among those who didn't get infected.

Among people who did get COVID-19, the time it took for SARS-CoV-2 PCR test results to go from positive to negative was significantly shorter among those who used aspirin, and the duration of their disease was two-three days shorter, depending upon preexisting health conditions.

"This observation of the possible beneficial effect of low doses of aspirin on COVID-19 infection is preliminary but seems very promising," Magen said in a news release from Bar-Ilan University.

However, only larger studies, conducted in other hospitals and countries, can help confirm that aspirin had such a benefit, the researchers stressed. according to

Two experts in the United States agreed that the findings are interesting, but more study is needed.

"This certainly raises some intriguing questions," said Dr. Michael Goyfman, who directs clinical cardiology at Long Island Jewish Forest Hills in New York City. But for now, he said, the data is too early to be more than "hypothesis-generating."

He pointed out that "confounding" factors could be at play. "For example, did less people get COVID-19 because of their use of aspirin? Or perhaps those people who take aspirin also take other medications as well, are better adherents to physician recommendations, and perhaps are more likely to practice social distancing?," Goyfman said.

And far from low-dose aspirin being a harmless drug, Goyfman stressed that it does come with risks -- so folks worried about coronavirus may want to think twice before starting daily aspirin.

"Its various risks include peptic ulcer disease, gastrointestinal, intracranial, and other bleeding," he said.

Dr. Len Horovitz is a pulmonologist at Lenox Hill Hospital, also in New York City. He said that "aspirin certainly has anti-inflammatory benefits, and if studies in larger groups are conducted, it is conceivable that aspirin may have a role in COVID prevention and treatment in certain patients."

But Horovitz said new data in recent years has taken a bit of the shine off aspirin's heart-healthy halo.

"While aspirin therapy was in wide use in years past, the addition of aspirin to statin therapy did not significantly reduce the incident of first heart attack -- and also resulted in significant mortality from bruising and bleeding," he noted.

The study was published recently in The FEBS Journal.

The U.S. Centers for Disease Control and Prevention explains how to protect yourself and others from COVID-19.