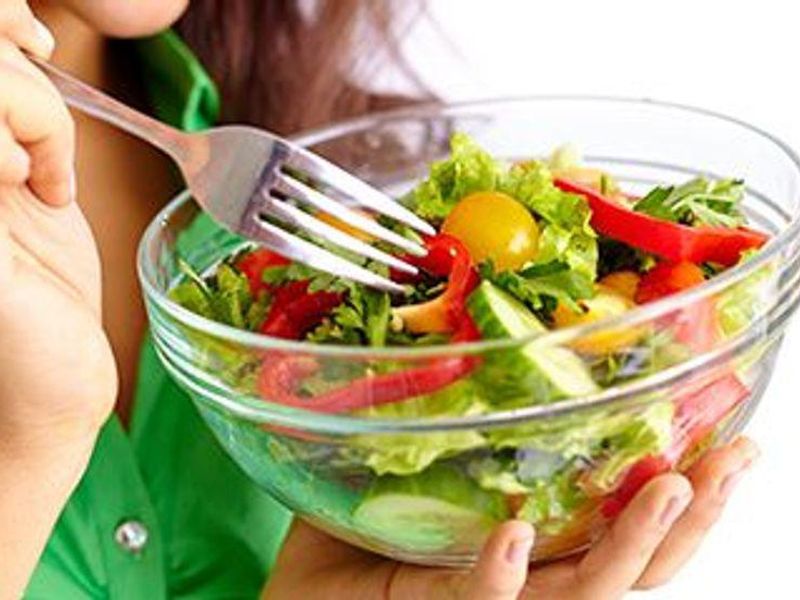 Plant-Based Diet Best for Your Heart

Want to be good to your ticker?

They've published a comprehensive review of research on eating habits and heart disease that provides consistent evidence that eating less salt and animal proteins and more plant-based foods is associated with a lower risk of heart disease.

The researchers also recommend replacing butter and other animal fats with non-tropical vegetable fats, such as olive oil.

"A mistake we made in the past was to consider one dietary component the enemy and the only thing we had to change," said study author Gabriele Riccardi of the University of Naples Federico II, in Italy. "Instead, we need to look at diets as a whole and if we reduce the amount of one food, it is important to choose a healthy replacement."

The findings were published July 7 in Cardiovascular Research, journal of the European Society of Cardiology.

Processed meats like bacon, sausages and salami should be eaten only occasionally.

In place of red meat, researchers suggest up to four 6.3-ounce servings of legumes a week.

They also recommend eating 14 ounces a day each of fruits and vegetables, and an ounce of nuts.

It's OK to have moderate amounts of full-fat or low-fat dairy products, they added.

And there's good news for cheese and yogurt-lovers.

Small quantities of cheese and yogurt appear to have protective effect, because they're fermented, Riccardi said in a journal news release. The magic numbers are slightly less than 2 ounces of cheese and about 7 ounces of yogurt per day.

But go easy on white bread and white rice, the findings suggest. Those have a high glycemic index, meaning they quickly raise blood sugar. Limit them to two servings a week. Instead, choose whole grain, low glycemic index foods such as pasta, parboiled rice and corn tortillas, the researchers recommend.

Up to three cups a day of coffee and tea were associated with lower heart disease risk. But soft drinks, including diet drinks, were linked to greater risk. Replace them with water except occasionally, the researchers advised.

And, Riccardi added, the studies his team reviewed associated moderate alcohol consumption with a reduced risk of heart disease. Just remember: That's no more than two glasses of wine a day in men and one glass for women; or one beer, he pointed out.

"Considering the overall impact of alcohol on health, this evidence should be interpreted as the maximal allowed intake rather than a recommended amount," Riccardi said.

Finally, feel free to enjoy up to 0.3 ounces of dark chocolate a day. Researchers said the benefits of that small, sweet treat exceed the risk of weight gain and heart problems.

The American Heart Association has more on healthy eating.