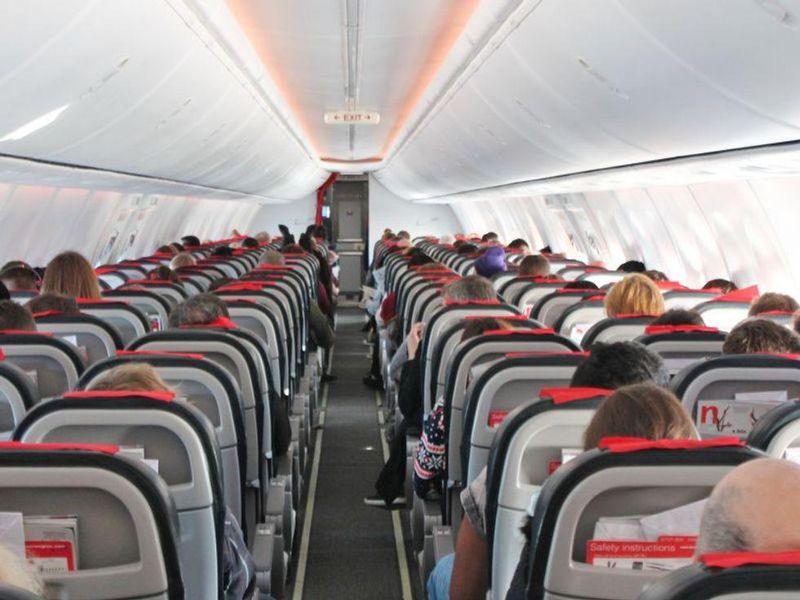 As coronavirus hospitalizations and deaths drop across the United States, the chief executives of the country's largest airlines have asked President Joe Biden to let a federal mask mandate at airports and on planes to lapse next month.

Also included in the request is the dropping of COVID testing for international travelers arriving in the United States.

"Much has changed since these measures were imposed and they no longer make sense in the current public health context," the letter released Thursday from 10 air carriers said. "Now is the time for the Administration to sunset federal transportation travel restrictions - including the international pre-departure testing requirement and the federal mask mandate - that are no longer aligned with the realities of the current epidemiological environment."

The airline executives noted there has been a "persistent and steady decline" in COVID-19 hospitalizations and death rates.

A federal requirement that people wear masks on airplanes, buses, ferries and other types of public transportation had been set to expire this month but was recently extended until April 18.

That happened just as many states lifted rules on indoor mask use and the U.S. Centers for Disease Control and Prevention eased its mask-wearing rules. The fact that people have to wear masks in transportation settings but not in other places was pointed out by the airline executives.

"It makes no sense that people are still required to wear masks on airplanes, yet are allowed to congregate in crowded restaurants, schools and at sporting events without masks, despite none of these venues having the protective air filtration system that aircraft do," the letter said.

The letter also noted the toll that the mask mandate has taken on airline employees charged with enforcing the requirement.

"It is critical to recognize that the burden of enforcing both the mask and pre-departure testing requirements has fallen on our employees for two years now," the letter stated. "This is not a function they are trained to perform and subjects them to daily challenges by frustrated customers. This, in turn, takes a toll on their own well-being."

Still, their request comes as health officials are watching the BA. 2 variant, which the U.S. Centers for Disease Control and Prevention said Tuesday accounted for about 35 percent of new infections nationally, up from 22 percent a week earlier.

Harvard University has more on wearing masks while traveling.