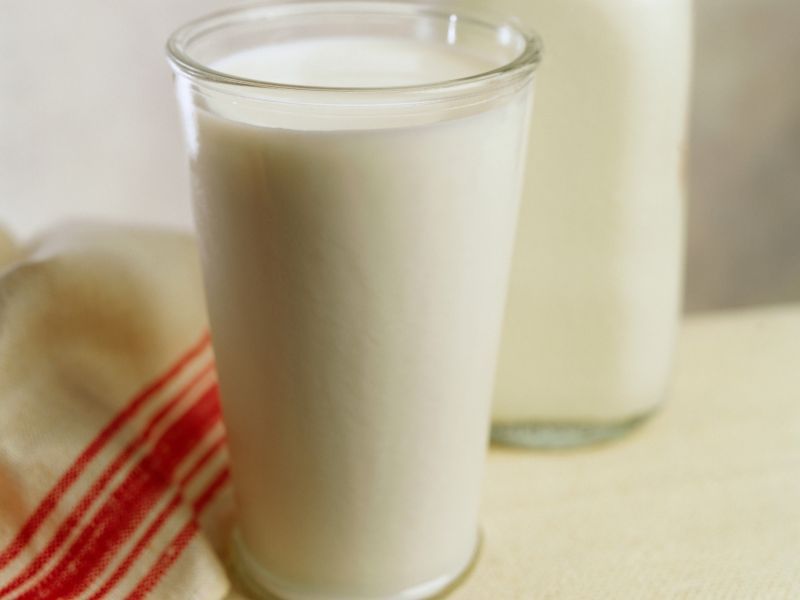 Could Milk Raise a Man's Odds for Prostate Cancer?

Men who drink lots of milk may be more likely to develop prostate cancer than men who don't, new research finds.

When compared to men who consumed just 1 or 2 teaspoons of milk every day, men who drank about 1¾ cups of milk daily were about 27% more likely to develop prostate cancer, a new study showed.

What's more, they had about a 60% increased risk for developing prostate cancer compared with men who steered clear of dairy altogether.

The new study wasn't designed to say how, or even if, milk consumption ups the risk for prostate cancer, but researchers have their theories.

"Insulin-like growth factor-1 is known to be a risk factor for prostate and breast cancer, and it turns out that dairy consumption raises the level of this hormone," said study author Dr. Gary Fraser. He is a professor of preventive medicine at Loma Linda University School of Medicine and School of Public Health in California.

Prostate cancer needs hormones to grow, and there are other hormones found in cow's milk, too, he said. Fraser and colleagues previously published similar findings linking dairy to breast cancer.

"This issue needs a little more clarity before we conclude that there is a causal link, but there could be, and if you had a bad family history of prostate cancer, I would be inclined to go on a plant-based diet now," Fraser said.

Plant-based alternatives to cow's milk include soy, oat, almond, cashew and other nondairy milks. These nondairy calcium sources did not increase prostate cancer risk in the new study.

For the study, the researchers asked more than 28,700 men about their diets. A handful of men were also asked to recall all the food and drinks that they consumed in the previous 24 hours.

None of the men had prostate cancer when the study began, but 1,254 men developed prostate cancer after about eight years of follow-up. Researchers created a statistical model to control for other factors that could affect the results, including family history of prostate cancer, race or age.

Milk consumption increased the risk for all types of prostate cancer, including the more aggressive form.

The increase in risk for prostate cancer was directly tied to low- or regular-fat milk, not yogurt or cheese, and this increase plateaued after about two-thirds of a cup of milk each day, Fraser said.

The study did have its share of limitations. Asking people to recall what they ate isn't always the most reliable method of gathering information.

The research is published in the June 8 issue of the American Journal of Clinical Nutrition.

It's too early to draw that conclusion, said Dr. Otis Brawley, a professor of oncology at the Johns Hopkins University School of Medicine in Baltimore.

"We do know that obesity, consuming too many calories, and not getting enough exercise increases the risk of aggressive prostate cancer," Brawley said.

The best way to stay one step ahead of prostate cancer is to maintain a normal body weight, exercise regularly, and eat a balanced diet with five to nine servings of fruits and vegetables each day, he said.

"Although this study does not definitely suggest that dairy directly causes an increase in prostate cancer risk, it does fit with the broader understanding that prostate cancer is a disease of Western nations," he said.

"A Western lifestyle, including diets rich in saturated fats, sedentary behavior and obesity, exhibits convincing evidence to support an association with the development of prostate cancer," Laccetti noted.