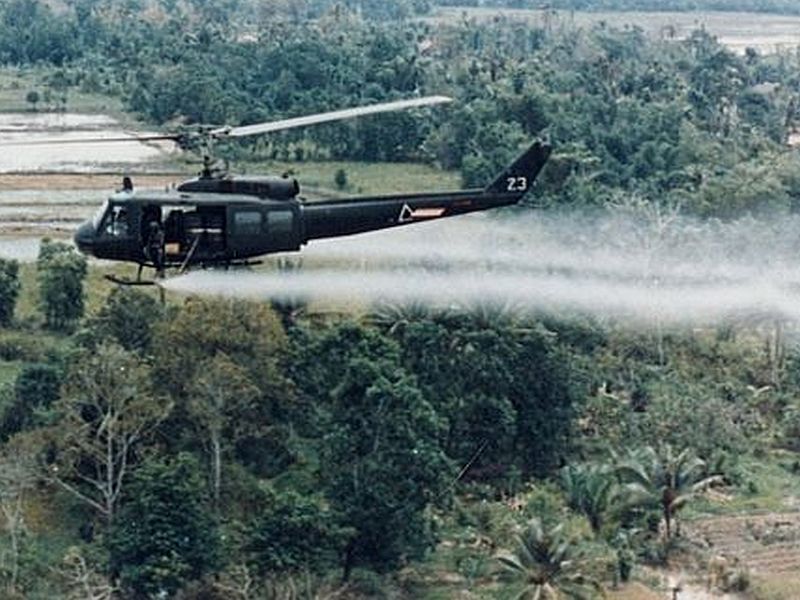 A toxic byproduct of Agent Orange is still widespread in Vietnam's soil and water and is getting into food supplies, a new study claims.

Agent Orange was a chemical defoliant widely used by the U.S. military during the Vietnam War from 1962 to 1975. The herbicide contained dangerous dioxins.

"Existing Agent Orange and dioxin research is primarily medical in nature, focusing on the details of human exposure primarily through skin contact and long-term health effects on U.S. soldiers," said study co-author Ken Olson. He is a retired professor of natural resources and environmental sciences at the University of Illinois at Urbana-Champaign.

"We examine the short and long-term environmental effects on the Vietnamese natural resource base and how persistence of dioxin continues to affect soils, water, sediment, fish, aquatic species, the food supply and Vietnamese health," Olson said in a university news release.

He and his colleagues analyzed data on 10 former U.S. airbases where levels of dioxin from Agent Orange remain at dangerous levels. Millions of people live in nearby villages and cities.

Agent Orange contained dioxin TCDD, the most toxic type. Once it gets into the environment, dioxin TCDD can remain for decades or even centuries, and that's what has happened in Vietnam, the researchers said.

Dioxin TCDD ended up in sediment in wetlands, marshes, rivers, lakes and ponds. That contaminated sediment is consumed by bottom-feeding fish and shrimp, accumulating in their fatty tissue. The toxin then moves up the food chain into many of the fish that are the basis of the Vietnamese diet.

Fishing is banned at most contaminated sites, but the bans have been difficult to enforce, and dioxin TCDD continues to enter the human food supply, according to the study published recently in the Open Journal of Soil Science.

Based on their findings, the authors recommend incinerating tainted soils and sediments at the most contaminated airbases.

"While incineration is the most expensive technology currently available, it would eliminate dioxin rather than temporarily store it in a landfill, and incineration would not require future maintenance or treatment," the researchers wrote.

Incineration is a mature and tested technology that has been used treat soils at more than 150 U.S. Superfund sites, they added.

The U.S. Department of Veterans Affairs has more about Agent Orange.