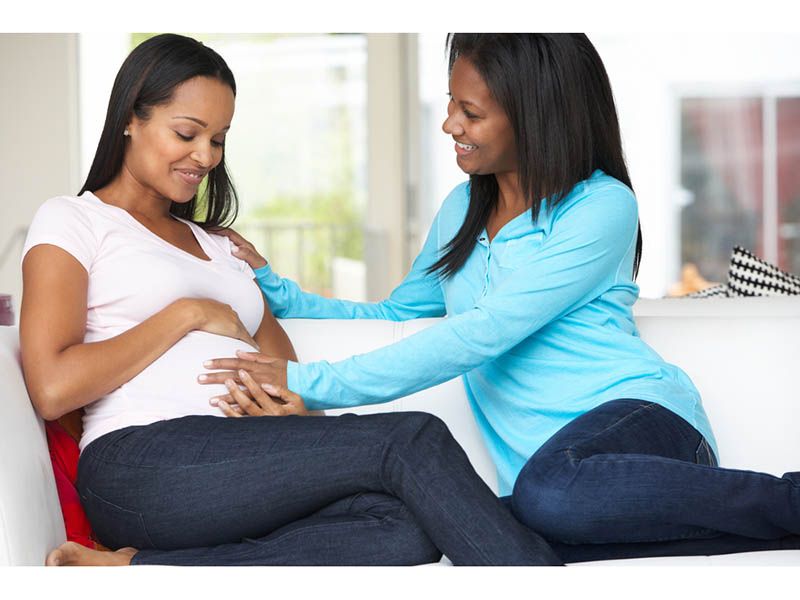 Although heart problems are rare complications of pregnancy, Black women face a heightened risk -- even if they have comfortable incomes and health insurance, a new study finds.

It's well established that the United States has a higher maternal mortality rate than other wealthy nations, and Black women are at greater risk than white women.

Less has been known about whether Black women are specifically at higher risk of cardiovascular problems related to pregnancy. Those complications -- while rare-- include serious conditions such as heart attack, stroke, blood clots in the lungs and cardiomyopathy, a weakening of the heart muscle.

The absolute numbers are small, and individual women should not be alarmed, said senior researcher Dr. Samir Kapadia, chairman of cardiovascular medicine at the Cleveland Clinic in Ohio.

But, Kapadia added, it's important to know where racial disparities exist, and to try to figure out why.

"The part that's a bit surprising," he said, "is that socioeconomic factors did not explain it."

The findings were similar when Black women with private health insurance were compared with uninsured white women.

But while the reasons for the disparity are not nailed down, doctors need to be aware of it, Kapadia said.

In general, he said, women who develop cardiovascular complications during or after pregnancy have warning signs prior. They include gestational (pregnancy-related) high blood pressure and diabetes, and preeclampsia -- a complication marked by elevated blood pressure and signs of damage to organs such as the kidneys or liver.

Women with those conditions need to see their doctor regularly after giving birth, according to Kapadia. But as new moms become focused on their newborns, their own health care may fall by the wayside.

"We have to pay attention to mothers' health, too," Kapadia said.

The findings, published Dec. 16 in the Journal of the American Heart Association, are based on records from more than 46 million U.S. women who were hospitalized during or soon after pregnancy between 2007 and 2017.

Very few women died in the hospital, but the rate was highest among Black women -- at 0.03%, compared to rates of 0.01% among white, Hispanic and Asian women.

When the researchers weighed other factors, like chronic health conditions, obesity and smoking, Black women still had a 45% higher risk of death than white women.

As for cardiovascular complications, cardiomyopathy was most common, affecting 0.3% of Black women, compared to 0.1% of white women. And while rates of heart attack, stroke and blood clots were even lower, they were relatively higher among Black women.

Dr. Laxmi Mehta is a cardiologist who has worked on several guidelines and scientific statements on maternal health from the American Heart Association.

She said it's difficult to tease out the reasons for Black women's higher risks, based on the information the researchers had. It's not clear, for example, what kind of prenatal care the women had, or how factors like depression and anxiety might have fit in.

Mehta agreed that for women with pregnancy complications such as high blood pressure or diabetes, follow-up care after childbirth -- what doctors sometimes call the "fourth trimester" -- is critical.

Depending on the kind of complication, some women may need to see a cardiologist or endocrinologist for their care, while others can see their primary care doctor, Mehta said.

"The important part is, the follow-up needs to happen," she said.

And doctors may need to be especially careful that Black patients do not fall through the cracks.

"We need to perk up our ears and our vigilance with these women, because they're at greater risk," Mehta said.

But their rates of most cardiovascular complications actually ticked upward, and remained higher relative to white women, as well as Hispanic and Asian women.

Government figures show that in 2018, the U.S. maternal death rate stood at roughly 17 deaths per 100,000 births -- more than double the rates in most other wealthy countries.

For more on preventing pregnancy-related deaths, visit the March of Dimes.