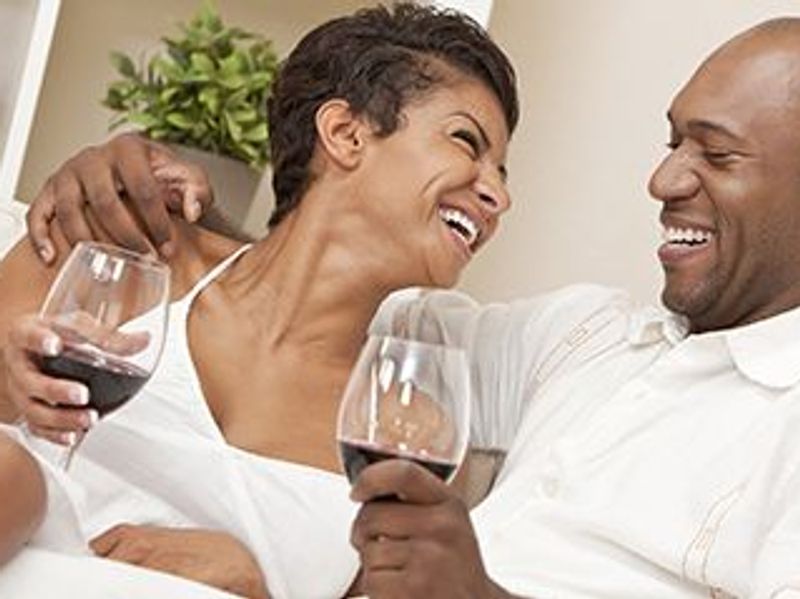 Could a Few Glasses of Wine Per Week Help Ward Off Cataracts?

Cataracts are a threat to the vision of millions, but new study suggests a welcome aid to prevention: wine.

"The fact that our findings were particularly evident in wine drinkers may suggest a protective role of polyphenol antioxidants, which are especially abundant in red wine," said study lead author Sharon Chua, a researcher from University College London Institute of Ophthalmology. Her team noted that grape skin is abundant in with healthy antioxidants, an antioxidant-like compound known as resveratrol, and other heathy chemicals called flavonoids.

Too much alcohol -- a drink a day or more -- wasn't great for eye health, however. In heavier drinkers, the odds for cataracts actually began to rise, according to the study.

Cataracts often develop with age and occur when the normally clear lens of the eye becomes clouded.

"Cataracts are one of the leading causes of reversible vision loss and blurry vision in the world," said Dr. Matthew Gorski, an ophthalmologist at Northwell Health in Great Neck, N.Y., who wasn't involved in the new study.

"Symptoms of cataracts include glare, halos, double vision, loss of contrast sensitivity, dimness of vision, or difficulty with depth perception and can lead to trouble reading or difficulty with driving during the day or night," he explained. "Cataract surgery is the only way to treat cataracts and is a low-risk, quick and efficient procedure to improve vision."

But could alcohol intake affect a person's odds for cataracts? To find out, Chua's group tracked the health and lifestyle of 490,000 people in the United Kingdom.

After taking into account factors known to affect cataract risk -- age, sex, ethnicity, socioeconomics, weight, smoking and diabetes -- the researchers found that people who consumed about 6.5 standard glasses of wine per week (a level that's within guidelines for safe alcohol intake in the United States and United) were less likely to undergo cataract surgery.

Compared to people who abstained or drank other types of alcohol, wine drinkers were between 14% and 23% less likely to require cataract surgery, the study found.

Daily or near daily consumption of beer or spirits was not associated with a lower risk.

The study also found that people who had any type of alcohol 1-2 and 3-4 times a week had a 7% and 6% lower risk of cataract surgery, respectively.

But people who drank alcohol daily or almost daily were 5% and 6% more likely to have cataract surgery than those who had alcohol 1-2 times and 3-4 times a week, respectively.

The study was published March 31 in the journal Ophthalmology.

The researchers noted that their findings don't prove cause and effect; it only shows a strong association between alcohol consumption and cataracts.

"Cataract development may be due to gradual damage from oxidative stress during aging," Chua said in a journal news release, so the antioxidants in wine might help counter that.

"I think that this is an important study, however further studies are necessary to see if the findings will be repeated," he cautioned. "At this time, I will certainly not be telling my patients to drink small amounts of alcohol in order to decrease the chance of cataract surgery."

Dr. Mark Fromer is an ophthalmologist at Lenox Hill Hospital in New York City. Reading over the findings, he agreed that "further studies will be necessary to determine whether this association is causal in nature. If, in fact, low to moderate levels of alcohol intake has a causal effect on the reduction of cataract formation, it is likely that it occurs over a long period of time."

The U.S. National Eye Institute has more on cataracts.