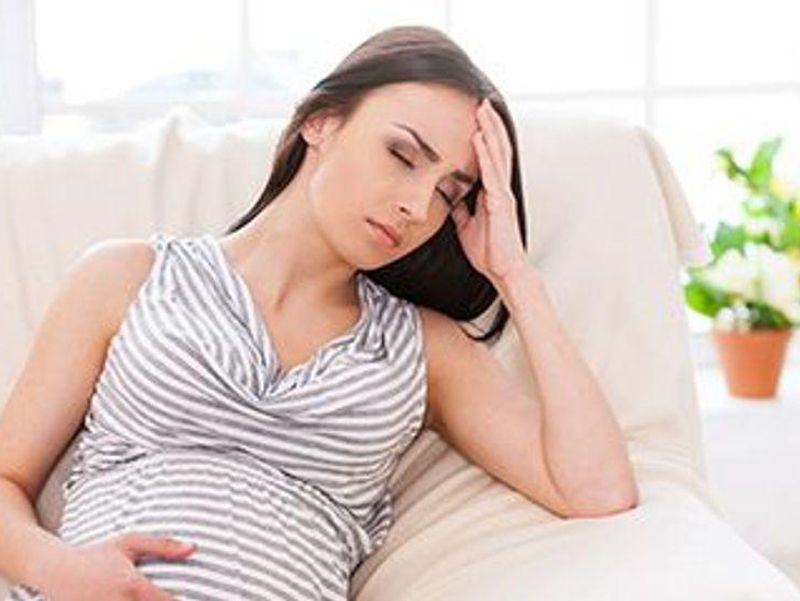 Depression During Pregnancy Raises Risk of Mood Disorder in Kids

When mothers suffer depression during or after pregnancy, their kids may be at heightened risk, too -- all the way into young adulthood, a new study suggests.

Of more than 5,000 kids researchers followed until age 24, those whose moms had depression during or after pregnancy tended to report more depression symptoms themselves.

That was true in their teens, but particularly in young adulthood. And depression scores were highest among young adults whose mothers had suffered depression both during and after pregnancy.

Experts stressed that the findings do not imply this is the mothers' "fault."

"Perinatal depression is not something that women have any control over," said Chris Raines, a perinatal psychiatric nurse practitioner and board chair of the nonprofit Postpartum Support International.

"But what you can control is seeking help," said Raines, who was not involved in the study.

Mothers' depression may be linked to their kids' risk for multiple reasons, including genetic vulnerability to the disorder.

But a body of research shows that depressed moms and dads are not able to parent as well as they otherwise would, according to Raines. So addressing parents' depression can benefit the whole family, she said.

The study -- published Sept. 24 in the British Journal of Psychiatry -- involved 5,029 young U.K. adults. All were part of a larger research project that had tracked their health since birth.

In that group, depression scores at age 24 were almost 3 points higher, compared with young adults whose mothers had no history of depression.

Their average score was right around the threshold considered to be "significant" on the screening tool.

The study could not look at whether treating mothers' depression had an impact on their kids' long-term mental health.

But senior researcher Rebecca Pearson agreed that the benefits of treatment are clear.

"We know from clinical trials that depression can improve with both medication and psychological intervention," said Pearson, of the University of Bristol and Manchester Metropolitan University, in England.

"The earlier women can get help," she said, "they can have the best chance to minimize impact on [themselves] and their child."

The study also found a link between fathers' depression scores and their children's symptoms: If dads had depression both during and after the mother's pregnancy, their kids reported more depression symptoms at ages 16 and 24.

There were relatively few fathers in the study, which is a limitation, the researchers said.

But it's known that about 10% of fathers develop depression during the period before and after the birth of a child, according to Raines.

Dads' depression, she said, typically looks different from moms'. Fathers may "pull away" from mom and baby, spend time alone, or express anger, for instance. And that, in turn, can affect a mother's mental health.

"This is a family illness, as this study demonstrates," Raines said.

Because of that, therapy for a new mom's depression may involve dad, too.

Support from the whole family, in fact, is vital, according to Raines. If both parents are busy with a new baby, and one or both are dealing with depression, they may need family members to recognize what's happening and step in.

"A lot of the time, when parents are in the middle of it, they don't see the issues," Raines said.

Unfortunately, she noted, there is still a stigma around depression, particularly after pregnancy. But at the same time, there is a growing recognition of the importance of diagnosing and treating it.

In recent years, Raines said, pediatricians have begun screening new moms during well-child visits -- since they may be the health care provider women see most often, or the only one they see.

While the new findings highlight the connection between parents' depression and their kids' risk, Raines said it's also important to remember they reflect group averages: They do not mean that a child of parents with depression is destined to develop the disorder, too.