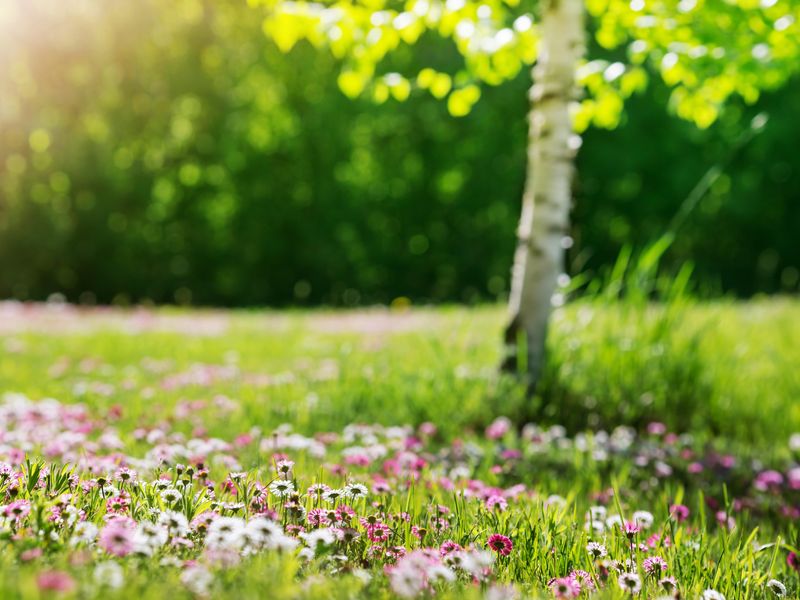 Never mind what the calendar says -- your plants will tell you when spring is here.

And even in Northern regions, they're leafing out earlier than ever in recent decades due to climate change. In a new study, researchers attribute the early greening to two key factors: warmer temperatures and fewer rainy days.

"This contrasting effect earlier in the year makes the plants think it is spring and start leaf onset earlier and earlier," study co-author Jian Wang said in a news release from Ohio State University. He's a doctoral student there in the Department of Geography.

Scientists already knew that warmer temperatures due to climate change had caused plants to leaf out sooner in the year in recent decades, but these new findings show that fewer rainy days are also a big reason why.

"Scientists have looked mainly at how temperature affects when leaves first appear and, if they considered precipitation at all, it was just the total amount," said study co-author Desheng Liu, a professor of geography at Ohio State. "But it isn't the total amount of precipitation that matters the most -- it is how often it rains."

Previous models suggested that by 2100, spring will arrive five to 10 days earlier than today, Liu said. But this new estimate, which factors in a decline in rainy days, suggests the season will begin another day or two earlier each decade.

For the study, the researchers analyzed data from the United States, Europe and China, along with satellite images showing when vegetation started turning green from 1982 to 2018.

As rainy days declined over the years, spring arrived earlier for most areas in the Northern Hemisphere. One exception was grasslands in semi-arid regions, where the season was delayed slightly.

Rainy days are cloudy days, so fewer of them in late winter and early spring mean plants get more sunshine earlier in the year, which stimulates leaf growth.

"We need to plan for a future where spring arrives earlier than we expected," Liu said in the release. "Our model gives us information to prepare."

The findings were recently published in the journal Nature Climate Change.

The U.S. National Parks Service has more about climate change and plants.