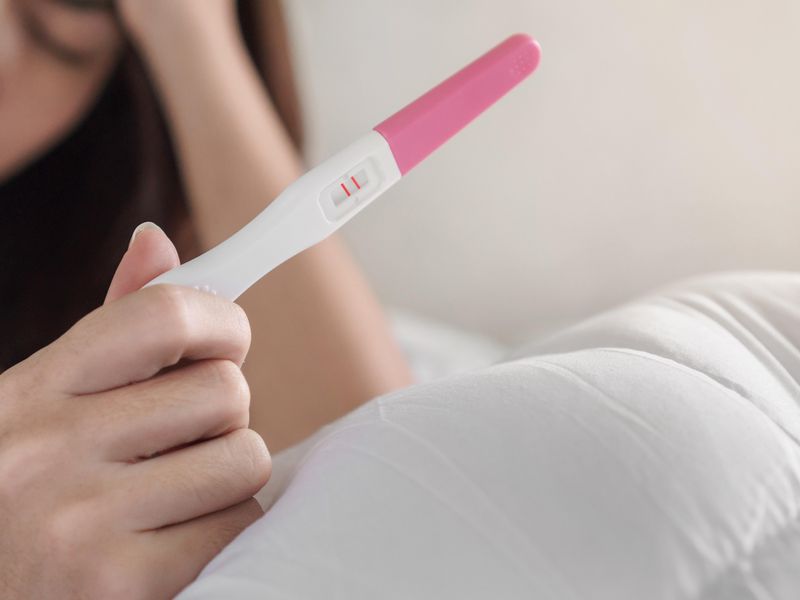 Women can safely use abortion pills without first getting ultrasound scans, or having an in-person medical appointment at all, a new study confirms.

For more than 20 years, U.S. women have had access to medication abortions for ending early pregnancies, using the drugs mifepristone and misoprostol. But for most of that time, the U.S. Food and Drug Administration required them to have an in-person appointment to get a prescription.

Meanwhile, many states came out with their own restrictions, including requiring women to have ultrasound tests before they could get a prescription.

That's despite evidence from studies in multiple countries that medication abortion is effective and safe without such pre-testing, according to Dr. Jennifer Karlin, a primary care physician with the University of California, Davis.

"Unfortunately," Karlin said, "we have a lot of political-based decision-making when it comes to abortion care."

Then came the COVID-19 pandemic. It moved the FDA to temporarily lift the in-person visit requirement, allowing women to make virtual "telemedicine" appointments and get abortion pills by mail.

Last December, the agency made that change permanent.

The new study — published online March 21 in JAMA Internal Medicine — offers more support for that move, the researchers said. It also adds to a body of evidence that ultrasound requirements are unnecessary.

"This makes the evidence even more robust," said Karlin, who co-wrote an editorial published with the findings.

The study looked at records from nearly 3,800 U.S. women who had medication abortions between February 2020 and January 2021. None had an ultrasound or pelvic exam beforehand, and about one-third received their prescription through a virtual visit.

Overall, the study found, 0.5% of the women had an "adverse event," such as a hospital admission for pain or excessive bleeding.

That's similar to rates seen in past studies of both medication and surgical abortion, according to the researchers. And there was no significant difference between women who had in-person or virtual visits.

A body of research over the years has demonstrated the safety of medication abortion, said Ushma Upadhyay, who led the new study.

"It's extremely safe — safer than Viagra, Tylenol and other medications that don't have these restrictions," said Upadhyay, an associate professor at the University of California, San Francisco.

And restrictions do remain, despite the FDA's lifting of the in-person requirement. Nineteen states, Upadhyay said, ban virtual visits for medication abortion.

Meanwhile, 11 states mandate ultrasounds for every woman seeking an abortion, according to the Guttmacher Institute, a research organization committed to advancing sexual and reproductive health and rights.

Medication abortion is approved through the 10th week of pregnancy. It's been argued that ultrasounds are necessary to determine how far along a pregnancy is, and to detect ectopic pregnancies. Ectopic means the fertilized egg is implanted outside the uterus, and medication abortion is not effective in those cases.

But medical groups, including the American College of Obstetricians and Gynecologists, say that routine ultrasound is unnecessary.

Ectopic pregnancy is rare, Upadhyay said, and women can be screened for it by asking them about their risk factors and any potential symptoms of the condition.

Similarly, despite some claims to the contrary, women are quite good at remembering the date of their last menstrual period, Upadhyay said.

In this study, four ectopic pregnancies were detected and treated after the women were prescribed abortion pills. And nine women (0.4%) were past the 10th week of pregnancy — six of whom needed a procedure to complete the abortion.

Upadhyay said she hopes evidence like this will sway the states that deny women access to virtual or no-test visits for medication abortion.

As it stands, Karlin said, women in those states "are not getting evidence-based medicine."

But Karlin agreed that accumulating scientific evidence could change that. "Eventually," she said, "there's so much evidence, there's a tipping point where people can't keep fighting it."

The FDA, meanwhile, still has other restrictions on medication abortion: Both health care providers and pharmacies have to be certified in order to dispense pills. The pharmacy rule is new, and it's unclear what the certification process will be, Upadhyay said.

But again, Karlin said, there's no evidence base for the requirement.

She stressed that the point is to give women options. Some will want in-person care, others will prefer prescriptions by mail.

"We want to meet people where they are," Karlin said. "This is about making high-quality care available in the form they want."

The nonprofit Plan C has more on medication abortion.