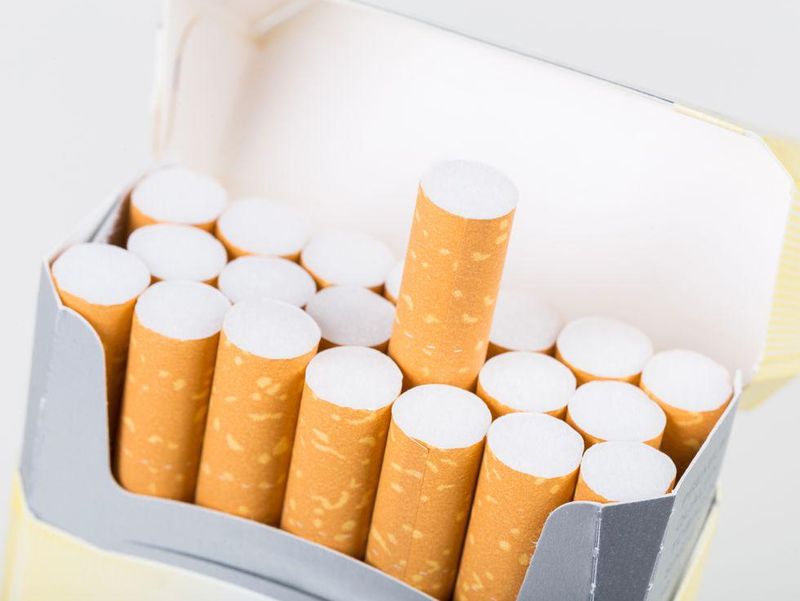 Gangrene. Throat cancer. A newborn on a feeding tube.

Gruesome warning images like those on cigarette packs do indeed scare smokers, but they should be combined with other anti-smoking measures, a new study finds.

These kinds of graphic warning labels were approved by U.S. lawmakers in 2009, but implementation has been stalled until legal challenges to the law by the tobacco industry are resolved.

"Graphic warning labels are used in more than 120 countries to counter marketing that promotes cigarette smoking. We wanted to know what effect such cigarette packaging would have on United States smokers," said study author David Strong. He's a professor in the School of Public Health and Human Longevity Science at the University of California, San Diego (UCSD).

For the study, Strong and colleagues assessed how 357 smokers in San Diego responded to graphic warning labels used on cigarettes sold in Australia.

One of three types of cigarette packs were handed out to each of the smokers: a pack with a graphic warning label; a blank pack; or in a standard commercially available U.S. pack.

Those who received cigarettes in the standard pack or a blank pack had no change in their positive views of cigarettes, but there was a decline among those who received a pack with a graphic warning label, the investigators found.

Health concerns increased in all three groups, likely because they were forced to think about the health consequences of smoking more often, the study authors noted in the report published online Aug. 4 in JAMA Network Open.

According to study senior author Karen Messer, "While these labels make smokers more likely to think about quitting, it did not make them more likely to make a serious quit attempt, nor was it sufficient to help them quit their nicotine addiction." Messer is a professor of biostatistics in UCSD's School of Public Health.

"Thus, graphic warning labels are an integral component of tobacco control strategies but they are only one tool for governments to reduce the societal costs from the death and disease caused by tobacco smoking," Messer said in a university news release.

The U.S. Centers for Disease Control and Prevention has more on the health effects of smoking.