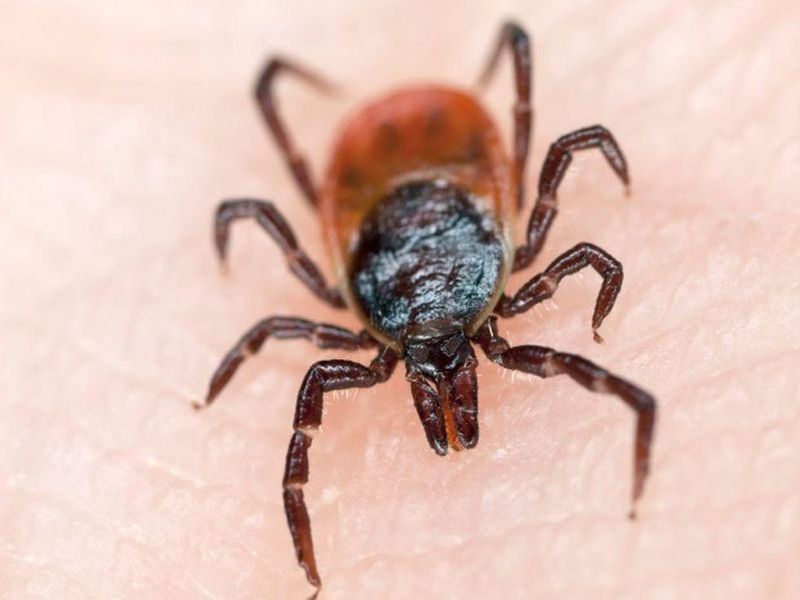 Lyme disease can exact a significant mental toll as well as a physical one on its sufferers, a new study confirms.

Patients hospitalized for Lyme disease had a 28% higher incidence of mental disorders and were twice as likely to attempt suicide than people without Lyme, researchers report.

"These findings highlight the need for greater awareness in the medical community that patients after a serious case of Lyme disease are at increased risk of mental disorders and suicidal behaviors, particularly during the first year after diagnosis," said study author Dr. Brian Fallon. He is a psychiatrist with the New York State Psychiatric Institute and director of the Lyme and Tick-Borne Diseases Research Center at Columbia University, in New York City.

"While most people with Lyme disease do not develop subsequent psychiatric problems, some do. Clinicians need to ask about suicidal thoughts and depression in particular, if symptoms persist," Fallon said.

Joseph Trunzo, chair of the department of psychology at Bryant University in Smithfield, R.I., said it isn't clear if the disease causes mental disorders or if they result from battling the other symptoms of Lyme infection.

"Lyme disease can have devastating medical and psychological effects, wreaking havoc on relationships, finances, cognition, emotions, quality of life and all aspects of daily functioning," he explained.

There is a long history of infectious diseases causing significant mental and behavioral health issues. "Lyme causes an inflammatory response in the host and that association of inflammation and psychiatric problems and suicidal behavior are well-documented," Trunzo said.

For the study, Fallon and his colleagues analyzed the medical records of nearly 7 million patients in Denmark over 22 years. The researchers compared mental health data on people with Lyme disease with those who never had Lyme disease. Patients with a history of mental problems or suicide attempts before having Lyme disease were excluded from the study.

The investigators found that people with Lyme disease had a greater risk of mental problems and suicide attempts. They also had a 42% higher incidence of depression and bipolar disorder, and a 75% higher rate of death by suicide, compared with people without Lyme disease.

Also, suffering more than one bout of Lyme disease was tied with an even higher rate of mental problems and suicide attempts, the findings showed.

Nearly half a million people in the United States are treated for Lyme disease each year. The condition is caused by a bacterium carried by deer ticks that bite people. Most cases can be cured with two to four weeks of antibiotic treatment. But 10% to 20% of patients suffer symptoms such as pain, fatigue or difficulty thinking that can last for months or years, the researchers noted.

Most patients, however, don't develop severe mental health issues. During the study, only 7% of the nearly 13,000 people with Lyme disease had symptoms of mental disorders, the study authors reported.

"Lyme disease is not a simple illness," Fallon said. "It can cause serious neurologic, psychiatric, cardiac and rheumatologic problems, as well. Patients experiencing psychiatric problems related to Lyme disease should seek professional help, as this infection can be challenging, leading to serious mental health consequences."

The report was published online July 28 in the American Journal of Psychiatry.

Lorraine Johnson is CEO of LymeDisease.org. She said, "We know that there's a psychiatric component to what is going on, but I think that what is really driving the increased suicide rates among patients with Lyme disease is that they are disbelieved, they are stigmatized, and they are gaslighted by physicians, by insurers, often by society and, sometimes, unfortunately, by their families."

Many patients are not able to work and don't have many treatment options, she explained.

"If they go to a health care provider and they're gaslighted, and they're not believed or told it's all in their head, and then their family doesn't strongly support them, then it's really easy to become hopeless, to feel despair, and I think that is the sort of thing that increases the risk of suicide," Johnson added.

For more on Lyme disease, head to the U.S. Centers for Disease Control and Prevention.