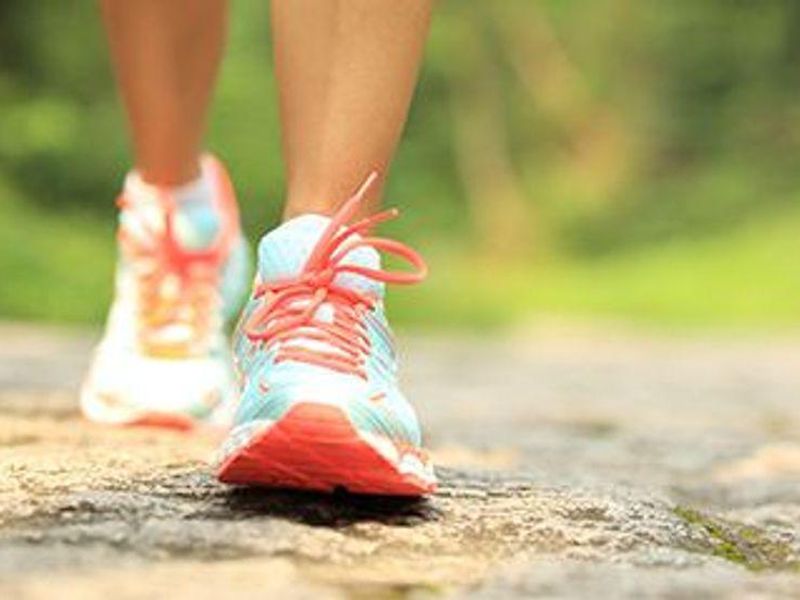 After a stroke, survivors can greatly increase their odds for many more years of life through activities as easy as a half-hour's stroll each day, new research shows.

The nearly five-year-long Canadian study found that stroke survivors who walked or gardened at least three to four hours a week (about 30 minutes a day), cycled at least two to three hours per week, or got an equivalent amount of exercise had a 54% lower risk of death from any cause.

The benefits were highest among younger stroke survivors. Those younger than 75 who did at least that much physical activity had an 80% lower risk of death, according to the study published online Aug. 11 in the journal Neurology.

"We should particularly emphasize [physical activity] to stroke survivors who are younger in age, as they may gain the greatest health benefits from walking just 30 minutes each day," study author Dr. Raed Joundi, of the University of Calgary, said in a journal news release.

One U.S. expert in stroke care said more needs to be done to help people who survive a stroke get active.

"It is important that stroke neurologists enroll their patients in exercise programs, because encouraging exercise/physical activity may not be sufficient," noted Dr. Andrew Rogove, who wasn't involved in the new research. He directs stroke care at Northwell Health's South Shore University Hospital in Bay Shore, N.Y.

The new study included nearly 900 stroke survivors, average age 72, and more than 97,800 people, average age 63, who had never had a stroke. All of the participants were followed for an average of about 4.5 years.

After accounting for other factors that could influence the risk of death (such as age and smoking), the researchers found that 25% of the stroke survivors and 6% of those who'd never had a stroke died from any cause during follow-up.

Among the stroke survivors, 15% of the people who exercised at least the equivalent of three to four hours of walking each week died, compared to 33% of those who didn't get at least that much exercise, Joundi's group reported.

The bottom line: "Our results suggest that getting a minimum amount of physical activity may reduce long-term mortality from any cause in stroke survivors," Joundi said.

"Our results are exciting, because just three to four hours a week of walking was associated with big reductions in mortality, and that may be attainable for many community members with prior stroke," he said. "In addition, we found people achieved even greater benefit with walking six to seven hours per week. These results might have implications for guidelines for stroke survivors in the future."

One other expert noted that although the study couldn't prove cause and effect, there was a "dose-dependent" trend in the findings: As the amount of exercise rose, the risk of dying during the study period fell.

"This study is important because it establishes a dose-dependent response between physical activity and mortality," said Dr. Salman Azhar, who directs the stroke program at Lenox Hill Hospital in New York City.

Azhar, who wasn't involved in the new research, stressed that stroke survivors' ability to be mobile and exercise of course varies greatly from patient-to-patient. He noted that many patients who had "functional difficulties," other illnesses, financial issues or a lack of family support did not provide information in the study on just how much activity they engaged in each day.

"This is the very group that would tend to have less physical activity and have a higher risk of dying," Azhar noted.

So, he said, "the challenge remaining is how to overcome the obstacles to increase physical activity in stroke survivors in the community, especially when resources are limited, and [other illnesses] exist."

The American Stroke Association has more on life after stroke.