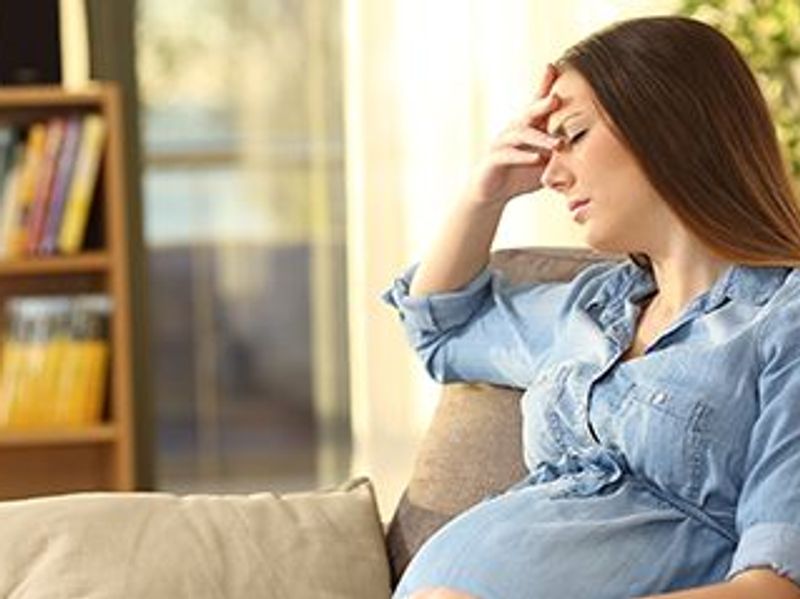 Antidepressants don't always help ease depression and anxiety in pregnant women and new moms, according to a new study.

"This is the first longitudinal data to show that many pregnant women report depression and anxiety symptoms during pregnancy and postpartum, despite their choice to continue treatment with antidepressants," said senior author Dr. Katherine Wisner. She directs the Asher Center for the Study and Treatment of Depressive Disorders at Northwestern University Feinberg School of Medicine in Chicago.

The new research "lets us know these women need to be continually monitored during pregnancy and postpartum, so their clinicians can tailor their treatment to alleviate their symptoms," Wisner said in a university news release.

For the study, 88 pregnant U.S. women completed assessments every four weeks from the time they joined the study until delivery, and at six and 14 weeks after giving birth.

During pregnancy, 18% of the women had minimal, 50% had mild and 32% had clinically relevant symptoms of depression, the study found.

Despite taking antidepressants called selective serotonin reuptake inhibitors (SSRIs), many women had lingering depression throughout their pregnancy and after giving birth.

Anxiety was also common in treated women, with symptoms worsening over time in some, according to findings published March 4 in the journal Psychiatric Research and Clinical Practice.

"Psychological and psychosocial factors change rapidly across childbearing," said co-author Dr. Catherine Stika, a clinical professor of obstetrics and gynecology at Northwestern. "Repeated screenings will allow your clinician to adapt the type and/or intensity of intervention until your symptoms improve."

The researchers also noted that depression in mothers affects their babies.

"This is key as children exposed to a depressed mother have an increased risk of childhood developmental disorders," Wisner said.

The study also found that pregnant women taking antidepressants had other health issues such as excess weight, infertility, migraines, thyroid disorders and asthma. A history of eating disorders predicted higher levels of depression.

Depression and anxiety affect 20% of women during pregnancy and after birth. That translates to an estimated 500,000 U.S. women who have or will have mental illness during pregnancy, the researchers said.

The March of Dimes has more about depression during pregnancy.